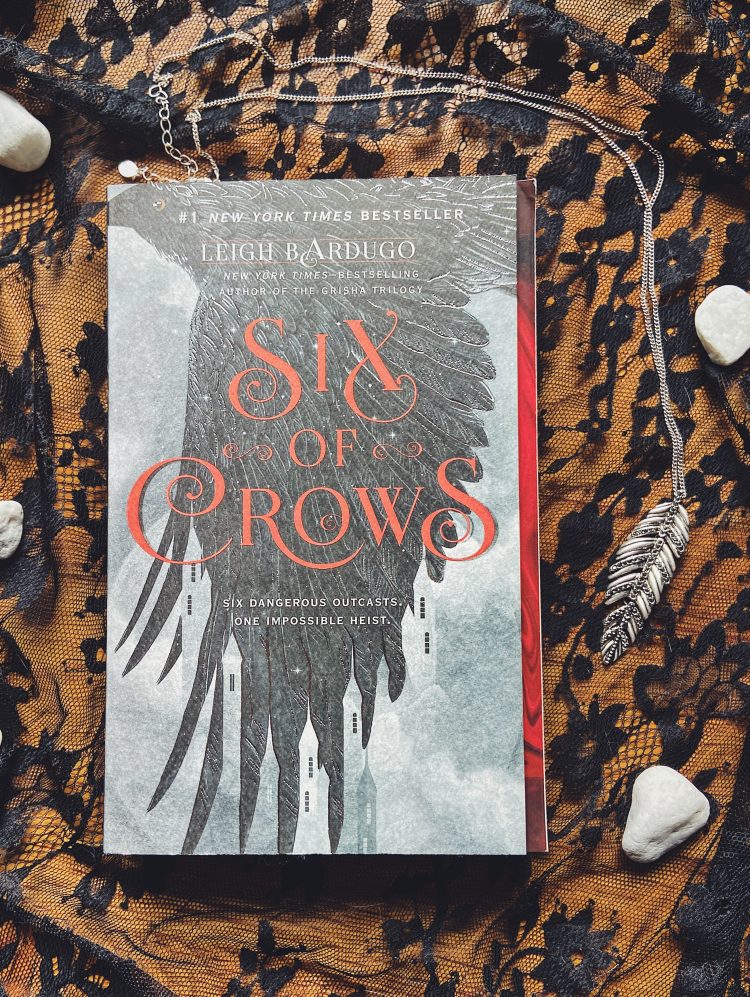 My Rating: ALL SIX CROWS

Fellow readers, have I got a book for you this week! It’s got action, it’s got morally gray characters, it’s got gangs, it’s got heists, it’s got people with special abilities, it’s got sloooooow burns, and it’s got great quotes. Six of Crows is one of my favorites I’ve read it twice, and loved it both times.

I’ll set it up for you. Kaz Brekker (that’s our morally gray, villain with a heart of gold character) is a notorious lieutenant in a gang called The Dregs. Kaz takes on an impossible heist and puts together a team of outcasts, misfits, and ex-cons. Their chances are slim, and they’re just as likely to kill each other as they are to pull off the job.

This book is so fun! Kaz always has a plan within a plan. So, just when you think things are going south he saves the day. All of them are young with dark and complicated pasts. It makes for a YA novel that deals with complex issues like learning disabilities, physical disabilities, and mental illness. So, don’t write it off because it’s not your genre.

I had so much fun getting to know the characters, and trying to guess what Kaz had up his sleeve (spoiler alert I never guessed). It ends with an impressive cliffhanger – plot twist combo that will have you clamoring for the next book Crooked Kingdom. My second time reading it, even knowing what happened next, I had to start the next book immediately.

This story is part of a larger world created by Leigh Bardugo. So, I should let you know that there is a trilogy called Shadow and Bone that takes place before this story. But Six of Crows can be read first without any confusion. Also, according to Bardugo’s social media accounts, Netflix is in production on a series based on both Shadow and Bone and Six of Crows. So, read it first and you’ll be ahead of the game when it’s released on Netflix!