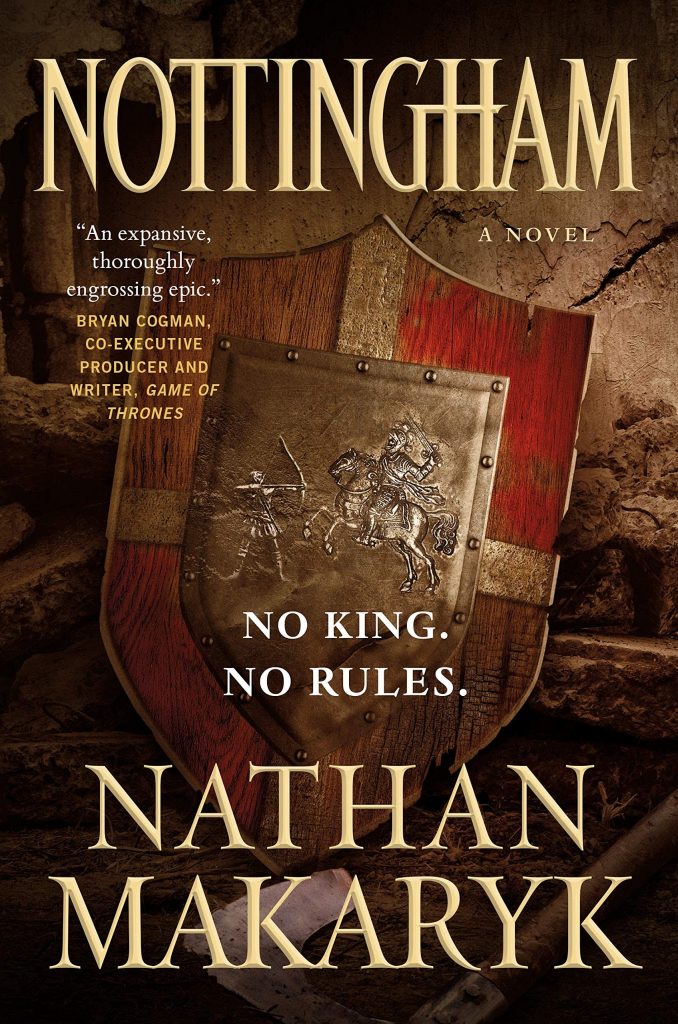 I bought this book on a whim right after Christmas. All I went off of was that I love Robin Hood, and I thought the cover was nice. I was SHOCKED! This book completely came out of nowhere for me. I’d never heard of the author before, but this book was right up my alley from the first page!

This is not the traditional Robin Hood myth that you’re used to. This is like Robin Hood meets Game of Thrones meets a Guy Ritchie movie. The banter is sharp and quick. The characters are familiar in name, but they all have new attitudes. It was so much fun to read! It has several different POVs, which normally annoys me, but in this case I wanted to hear the story from all the different characters.

Now, when I say this is similar to Game of Thrones, I mean the scope of characters is huge, the story is not only plot driven but character driven, and the action is described in detail. So, don’t be scared thinking this is a raunchy story, because it isn’t. While there are relationships between characters, the heart of this story is about much more than a romance trope. It’s a really cool version of Robin Hood, where Robin is kind of a reluctant hero, and shares his legendary status with the “little guy.” Anyone could be Robin Hood!

The book is lengthy, and I didn’t want to put it down. So, I ended up getting the audiobook as well. I have to say, it was great in both versions. There is a sequel, but it doesn’t really end on a major cliffhanger. So, I definitely plan to read the second book, but I don’t feel like I have to rush out and buy it right now. I recommend this book if you like Robin Hood, or epic historical fiction with a side of sarcasm.