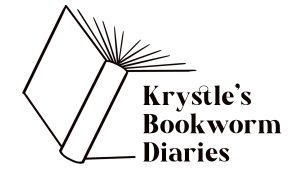 Book: Adjacent But Only Just 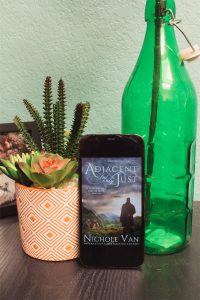 Well, bookworms, Nichole Van has a new book releasing next week! If you’ve read this column with any regularity you might already know that I am OBSESSED with her work. And because of the wonderful world of technology, I’ve actually been able to slide into her DMs and tell her how obsessed I am, which led to me being on her advanced reader list. What a time to be alive! So, I’ve had the absolute privilege of reading this one a little bit early in order to gush to y’all about it and in turn, y’all can run over to amazon and pre-order this before it drops next Wednesday.

Adjacent But Only Just is the second book in her latest series. The first book was Love Practically, which you definitely should read before this one. You can find my review for it here. The series follows the Penn-Leith family. Book one featured Leah the oldest sister, and this one is all about Malcolm the middle brother.

Uggggghhhhhhhhhh Malcolm, the strong, silent, Scottish man with a broken heart. I was done for immediately. The main female character is Viola, a renowned British author who everyone thinks would make a perfect match with Ethan Penn-Leith, the Scottish poet/heartthrob, AKA Malcolm’s little brother.

So, in a turn of events outside of Viola’s control, she ends up in Scotland with her sights set on Ethan, but things quickly go awry. Mainly because once she meets Malcolm no one else stands a chance. I was more than a little nervous that this would turn into a dramatic love triangle between Viola and the two brothers, but somehow Nichole managed to avoid my least favorite literary trope. This didn’t read like a love triangle at all.

And even without the love triangle, this novel still packed in PLENTY of drama and angst. Malcolm is grieving, and so he struggles to acknowledge his feelings for Viola for a long time, not to mention he thinks that she’s a much better match for his little brother. And Viola is a determined author who wants to use her voice to fight the injustices of the world, despite the fact that others want to bend her to their will.

These two were seriously a perfect couple, and I felt bad for Ethan because he really never had a shot. (But don’t worry, Nichole will make sure he finds his epic love story next…)

I love everything I have ever read by Nichole Van, so it’s no surprise that I loved this one. As usual with her, the meet cute was top notch. And honestly, it was a bit different than so many of the first meetings in her other books. Usually they’re funny and cute with a moment of embarrassment or confusion. But this one…this one was intense and swoon-worthy. It was almost suspenseful, and we kind of got a glimpse of their first meeting from both perspectives, which was so satisfying.

There were still some genuinely funny moments in this one, even though I wouldn’t say it’s as light-hearted as some of her other work. But Malcolm, the strong burly Scot, having a dog named BeoWOOF, a cat named William ShakesPURR, and a cow named COOlius Caesar, actually made me laugh. Viola, a grown woman, sitting by the side of the road for an hour with her shoe untied so she could MAYBE run into Malcolm and not look like a stalker was delightful.

The entire hot mess of a dinner party toward the end, while being super dramatic, still had a humorous tilt to it in a sort of tragically funny way. I loved that everything progressively got more and more tangled up until the end where solutions were reached because everyone took turns telling their truths (and throwing big rocks, because they’re Scottish and why not?) In short, I absolutely loved it, and I highly recommend it if you like regency romance.

Krystle Goodman is a crazy cat lady, who loves to drink exorbitant amounts of coffee, and read a shocking amount of books. She lives in Benton with her husband Josh, her son Roman, and their two cats Roxanne and Abby. When she isn’t reading, you’ll find her cooking, painting, or watching true crime shows.  Watch for Krystle’s book reviews every Friday. Send fanmail to: [email protected]