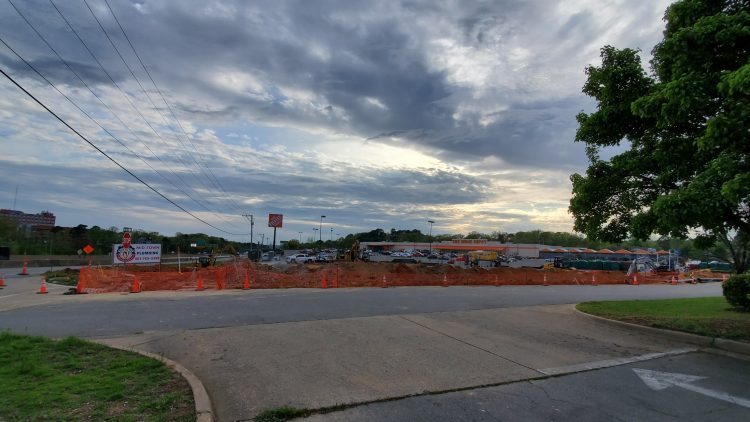 New construction in front of Home Depot in Benton, Arkansas

There has been new construction going on in Benton and people are very curious about it because of the location. It’s nestled between Home Depot and the former Dixie Cafe, on the north side of the Interstate, just before the Exit 117 bridge. I know people are curious, because I have gotten many messages asking me what it is. Some MySaline readers expressed hope that it was a new restaurant – even in these pandemic times when you can’t go inside a restaurant.

But it’s not going to be a restaurant, sorry guys. However, if you need tires, it will be helpful. The new construction will be a Firestone Tires, according to local staff. Well, it used to be called that. Now it’s Firestone Complete Auto Care.

If you’re an astute customer, you will know that Firestone already has a store in Benton. It’s right next to Taco Bueno and McDonald’s on the north side of Exit 121. There they are on the map below. They aren’t moving, according to staff. This will be a second Benton location. The original goal was for the new Exit 117 location to open this summer, but as you might imagine, things have been pushed back. 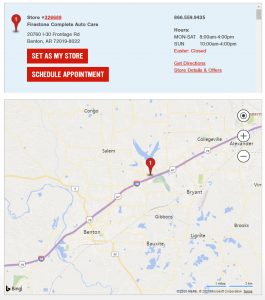 But now the mystery is solved and readers can move on to new questions for MySaline.