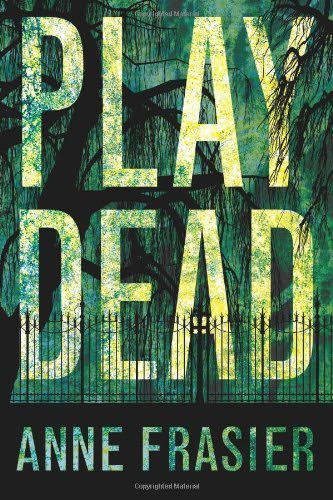 Hey bookworms! I’ve been reading some of Anne Frasier’s older work while I wait for her next novel to come out later this month, and Play Dead sucked me in right away. It was this creepy yet charming southern gothic tale. Wow. Don’t read it in the dark, y’all. I’ve reviewed a few of her novels before and always say it’s like if the TV show Criminal Minds was a novel. But this is like Criminal Minds and True Detective had a baby. It’s so southern, and so creepy, and both of the detectives are flawed characters. You’ll never guess who the villain is. It’s just entertaining!

From the start, there is no doubt that this story is going to be filled with surprises. Like if it was adapted for the screen it would be full of those suspenseful moments that end with some jump scare. I don’t even want to give away the opening scene of this book, but it is certainly memorable, and sets the tone immediately. And the setting is perfect. Just the idea of a town with voodoo in its roots having “zombie” victims is intriguing. Put those victims in another city and the story wouldn’t have nearly the same drama. But Savannah and it’s “root doctors” and “mojo” is just the place where people would suspect zombies could be made.

I also loved the characters. From Strata Luna, the mysterious Gullah woman with secrets to hide; to Elise and David, two detectives with more issues than Rolling Stone; to Audrey, Elise’s daughter who is the epitome of teen angst. I loved them all, they were so vivid and interesting. The fact that each chapter is told from a different perspective would typically annoy me, but I found it captivating in this story. Particularly, when the POV is the villain and the reader doesn’t even know who that is yet.

All together it’s a well-crafted story that was impossible to put down. It is part of a series, but honestly I had to take a break before starting the next one. If you’re a fan of southern gothic tales and crime novels check this one out! (But read it with the lights on!)