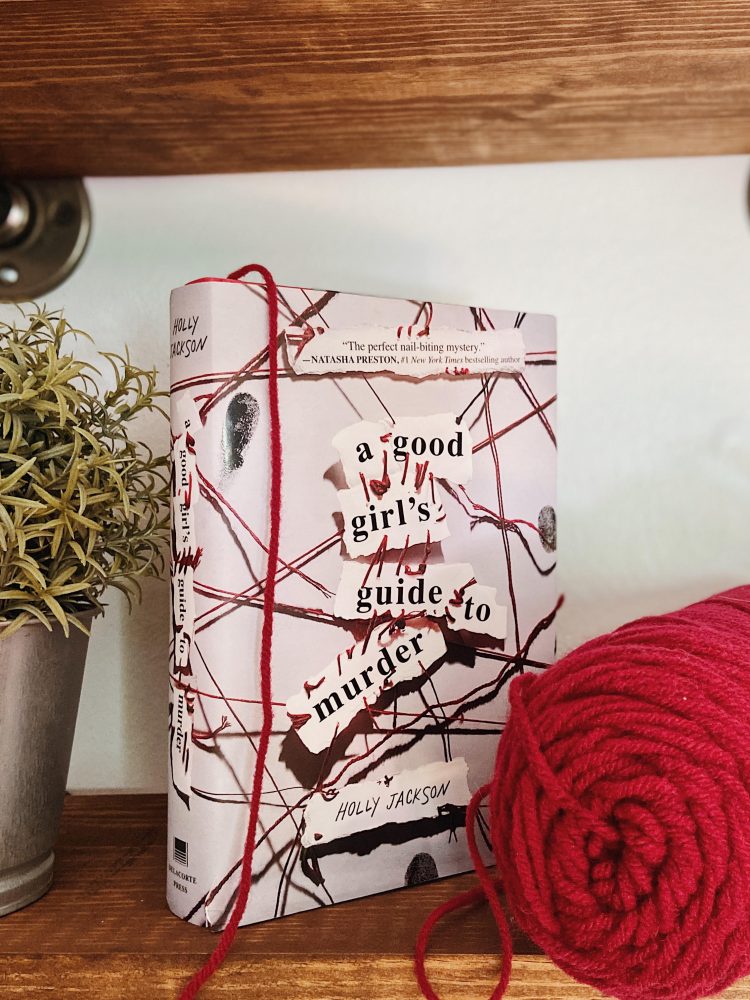 Ok, fellow bookworms, raise your hand if you watched the TV show, Veronica Mars. If you liked that show, then this book is gonna be a lot of fun for you to read. It’s got MAJOR Veronica Mars vibes. A snarky teenage girl with off the charts investigative skills, her parents who are super cool and open minded, a small town with lots of secrets, a mystery that needs to be solved. Even though it followed the standard recipe for a YA mystery/thriller, I wasn’t bored or put off by it at all. In fact, I read it in probably eight hours. Not consecutively because quarantine is not as much downtime as you would think when you’ve got kids, ok? But it was difficult to put down.

Here’s what you need to know, without spoilers. Five years ago Andie Bell went missing, and if you asked anyone in town they’ll tell you her boyfriend Sal Singh killed her before he committed suicide. But, here’s the thing, Pippa Fitz-Amobi, a senior in high school is not so sure the case was that cut and dry. So she decides to do an investigation of her own for her senior project, with the help of Sal Singh’s younger brother Ravi. Together they uncover a dark undercurrent of drugs and crime in their wholesome small town, and uncovering the truth could be dangerous.

This could have been so lame, y’all. Like, I could be complaining to you about how this was a cookie cutter story and if you’ve seen more than one episode of Veronica Mars you’ve seen this story before. But I’m not! This had so much more content than just a quirky teenage sleuth and her entourage. For starters, Pip’s motivation for looking into this case really has nothing to do with her grades. She’s always believed in Sal’s innocence, and her school project was just an excuse to work on it. Also, while she obviously spends a lot of time thinking about how this has affected the Singh’s, she also shows compassion by considering what this will do for Andie’s family as well. And if she proves Sal’s innocent and can point to another suspect, how will that affect everyone. Typically, your main character is seeking justice and not thinking or caring about how painful it can be for others.

Another thing I liked about this story was the suspense. It was the perfect amount of creepiness mixed with anticipation. Now, maybe this is because I’m a mom and I have a son a few years younger than Pip, but I did find myself saying, “THIS IS DANGEROUS PIP. WHERE ARE YOUR PARENTS?!” a lot. She took some unnecessary risks, in my opinion, but I get it! It’s a fictional story, the risks make it more exciting. I’m just saying, to any seventeen year olds out there: If you are smart enough to solve a five year old murder/suicide, you are smart enough to hand your evidence to professional law enforcement officers!

So here’s the part where I tell you why this gets four stars instead of five. Which is going to be difficult without spoiling anything. It’s a really small thing, but in the end there were a couple things left unexplained. I filled in the blanks myself, but I just wish they would have been officially addressed during the big reveal. Also, I felt like there was just one thing toward the end that was thrown in just to ramp up the drama, and it was unnecessary and also maybe a little bit out of character. However, this was a great read! I loved it! I sent some all caps messages about it! I finished it, and I was upset that my family just expected me to make supper like everything was fine. So I recommend this book to anyone who likes a good mystery, if you like true crime this will scratch that itch as well. Happy reading, friends!