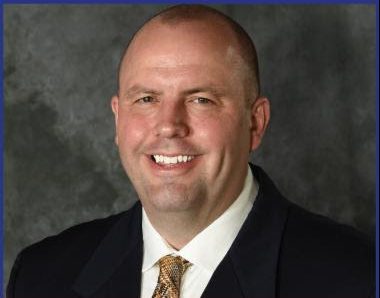 Prosecuting Attorney Ken Casady released the following statement to announce that he will run for the office of Saline County Circuit Judge, First Division, in the election to be held on May 22, 2018. This position is currently held by Bobby McCallister who resigns December 15, 2017, and appointee, Barbara Womack Webb will serve the remainder of the term – until December 31, 2018.
Casady will have served 12 years at the end of his current term – a record for an elected Prosecuting Attorney in the 22nd Judicial District. Casady was first elected in 2006, and reelected without opposition in 2010 and 2014.
Casady served as a deputy prosecuting attorney for four years before his election. Before entering the Prosecuting Attorney’s Office, he was employed as the Haskell City Attorney and in private practice at the Casady Law Firm from 2001 to 2003.
Casady recently served on Governor Asa Hutchinson’s Task Force on Criminal Justice, to which the Governor appointed him in 2015. Casady aggressively pursued criminal justice legislation that sought to improve public safety.
On hearing that Casady would announce for Circuit Judge, Governor Asa Hutchinson said “Prosecuting Attorney Ken Casady has been a leader in the fight against crime, he is a friend and someone who will serve the citizens of Saline County well.”
In 2017 Casady was awarded the Champion of Justice Award by the Arkansas Prosecuting Attorney’s Association for his work on the Task Force and for his advocacy on behalf of crime victims during the last legislative session.
Casady was also recognized by APAA for his work in the 2011 and 2013 legislative sessions and by Mothers Against Drunk Driving in 2013 for authoring DWI legislation that called for harsher penalties for the most dangerous DWI offenders.
Over Casady’s tenure there have been many awards, high-profile convictions, and extraordinary cases. However, Casady says his greatest accomplishment is the “the team of attorneys and staff that I will leave with this office.”
“Being Saline County’s elected Prosecuting Attorney has been the highest honor of my professional life so far, and it’s the best job I have ever had. However, Circuit Judge is an important position in our system, and I feel that my three terms have prepared me to make good, fair decisions and tough calls from the bench.” I think I will be an asset to the community and that the time is right for me to run for Circuit Judge. I hope the voters agree with me.”
Casady graduated from Benton High School in 1994. He served six years in the Arkansas Air Force National Guard and Army National Guard.
He graduated from UALR in 1997 and UALR Bowen School of Law in 2000. He resides in Benton with his wife, Stephanie and their son, Kaleb. The Casady’s are members of Benton First United Methodist Church. In his free time Casady coaches “The Justice League” Boys and Girls Club Soccer and Basketball teams.