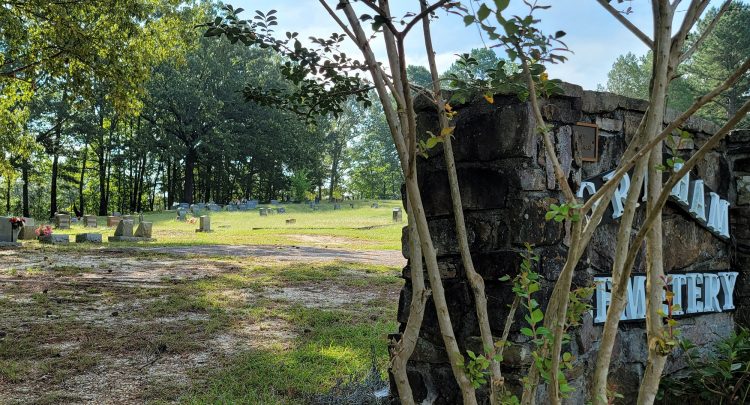 In this episode of Common Man, Brent retells a section of Merle Johnson’s memory from 1935. While a killer is on the loose in Saline County, a boy’s grandmother dies and someone gives mourners a fright… (Photo of Graham Cemetery by Shelli Poole)

Merle Johnson and his family are well known in these parts, going back generations. Recently, Merle recounted a story of murder and family grief dating back to the 1930s.

He tells of a moment in time when a local murder and the death of his grandmother crossed paths. The story is told in his own words.

“In the early 30s my family lived west of Benton in the Twenty One or Crossroads community.  Just down the road not far from them lived two women, the Orr sisters. It was rumored that they had lots of money.  One night a man went there to rob them and ended up using a butcher knife from their kitchen to slit each of their throats. Both sisters lay motionless on the floor, while he then set the house afire to cover up his crime.

As soon as he left, one of the sisters discovered the other was unconscious and, although weak from loss of blood, managed to pull her sister out of the house, crawled along the ground, using the pickets of the fence to pull herself and the sister away from the burning house. Virgil Rucker was sheriff or a deputy at the time and he investigated. They had bloodhounds out there and the trail led them near our house and to our woodpile where his bloody coat was stashed. 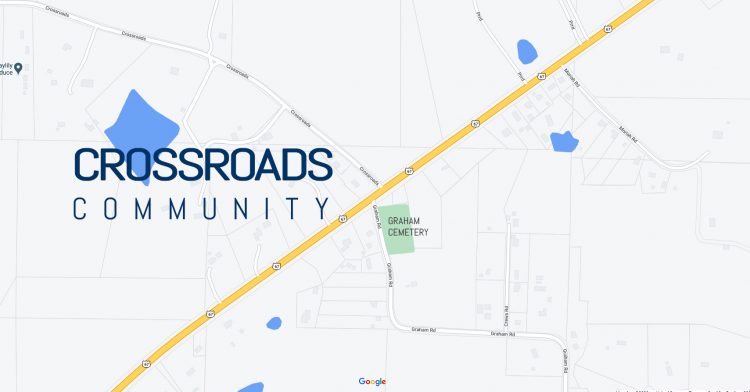 While the killer was still on the loose, my family and all others in the community were very tense. To make matters worse, my grandmother died and people were coming and going all day and night. In those days, the body was kept at the home of a relative, in this case at my parents’ house. People would sit up all night and all day with the body.

My brother who was five or six years old was outside playing when dark came and he decided to crawl under the porch and there he fell asleep. There were several people inside all talking about the awful crime down the road in addition to mourning the loss of my grandmother.

Finally,  a preacher  began to lead a prayer.  My dad sat by the door and while it was all quiet except for the prayer, my brother woke up and tried to come inside only to find the door closed.  He pushed against it.  My dad eased his back against it. Brother pushed harder. Dad, in a low voice, so as not to interrupt the preacher, said  “Get away from here.”  My brother pushed again and my dad once again said, “Get away from here.” My brother continued to push and dad said in a slightly louder voice, “I’ve got a shotgun and I’ll use it if you don’t get away from here.”  At that point, my brother yelled out, “Daddy, let me in!” Others had heard the commotion above the preacher and all were relieved, and not only because the preacher ended his prayer.

A day or two later the sheriff’s office would receive an anonymous tip – “Watch the house where the lantern burns all night.”  This house was located on the Malvern highway, old 67, a short distance south from where Graham cemetery is now. They watched the house and early one morning a figure walked out the back of the house into the woods carrying a bundle.  They followed and found a woman taking food and clothing to her brother.  It was who they had suspected all along, and they arrested Frank Dobbs. He later would be convicted and was electrocuted for the crime.”

Additional information about Dobbs was gleaned from an article in the Benton Courier, dated March 14, 1935. The article noted that Mrs. Viola Dobbs, mother of Frank Dobbs, was 66 years old at the time and Frank was 35. Mrs. Dobbs’ opinion was that Frank never was a normal boy. She was a little afraid of him and so was his father. She didn’t like to say he was insane. Miss Lucille Dobbs, of Benton, daughter of Frank Dobbs, testified that Frank and her mother were separated. He was cruel to her mother. A short time before this tragedy he threatened his folks. She thought he was insane. Dr. R. E. Rowland, from the State Hospital at Little Rock, testified from records of the State Hospital that W. A. (Bill) Bryant and J. A. Bryant had been in the hospital. Prof. C. C. Denny, of Conway, testified for the defense. He is a dementia praecox, a hereditary disease of the mind.

Delores Sexton, niece of the surviving Orr sister, says her aunt “lived to be an old lady. I used to sit on her lap and feel the knot on her forehead where Frank had hit her with a poker, and she would tell me about that night. Aunt Louisa came to my daddy’s house and called on the front porch for grandma to let her in. Grandma said she said come on in. Louisa said ‘I can’t I am bloody.’ Grandma thought she said ‘muddy.’ But she got to her, saw the blood. Daddy went to town to get a doctor and the sheriff. They tracked him but lost him at some creek, I forgot which one but they watched Lois’s house and they got him. Louisa said Frank would go out of the house and she could hear him talking to someone but she couldn’t say who it was because she didn’t see anyone else or hear them. All had suspicion who it was but it never was proven. Frank came to the woods where my grandpa and some other men were cutting trees, told another man he was leaving for somewhere. They were robbed that night. Another side note to this story’ sometime before this their brother Robert was found hanged in a tree where he was plowing. Suspicion that someone hung him, he didn’t hang himself. My dad was with some other men who found him.”

Almost 90 years in the past, the descriptions and images these words conjure up, bring jaw-dropping disbelief to the present. 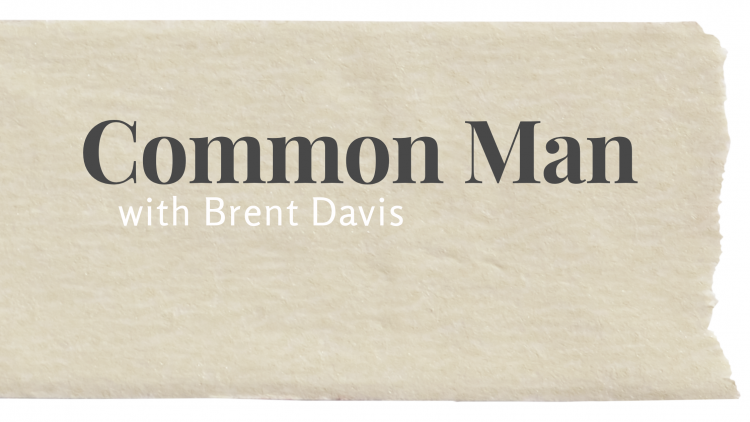