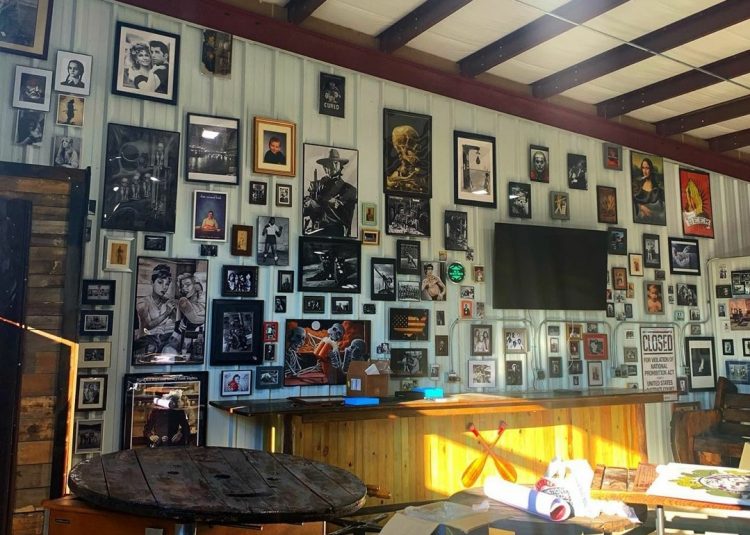 MySaline wrote near the end of 2019 about a business coming to Bryant. It’s a brewery, to be run by members of the Burks family and they’ve worked tirelessly to bring it to life. There’s more about Burks Brothers Brewery in the previous article below, but let’s talk now about the opportunity for the public to finally get a look inside this place. 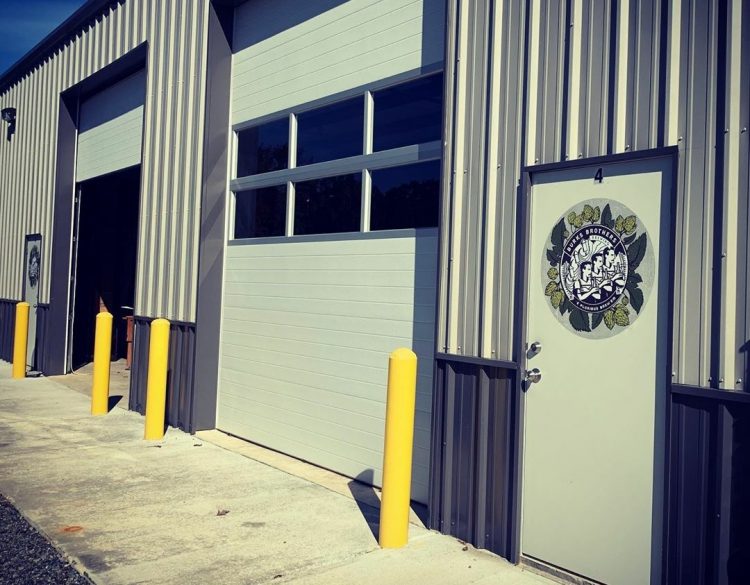 The owners announced via social media that they’re having an open house on Saturday, December 5th, at 11 a.m. at 2315 Shady Pine Lane. Note that this doesn’t mean they’ll be serving – it’s just a time to get a peek at what they’ve been working on, ask questions and meet the owners. However, they say you’re welcome to bring your own libations if you’d like to hang out for a bit. The Department of Health hasn’t given the “ok” to serve the public yet, but it won’t be much longer.

They will also have merchandise for sale, and they hope folks will help them learn their touchless cash register, by making many purchases. 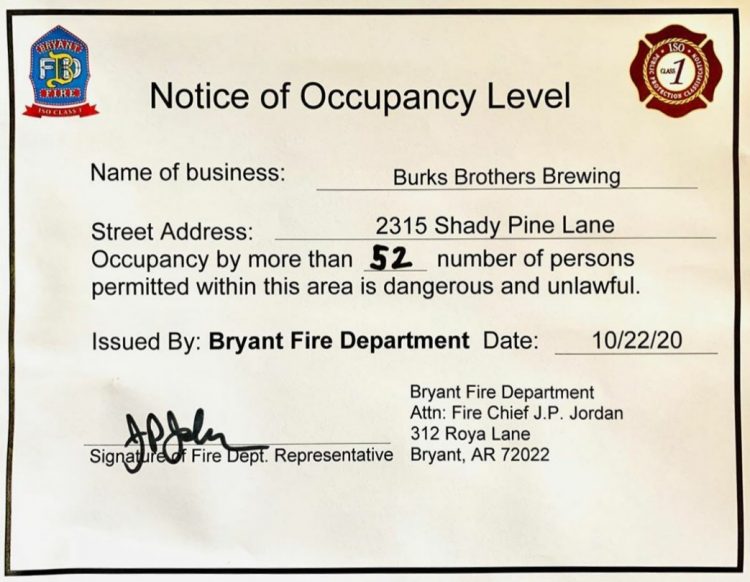 Read more below about the brewery and family, and meet them at the event. All photos here are by the brewery. 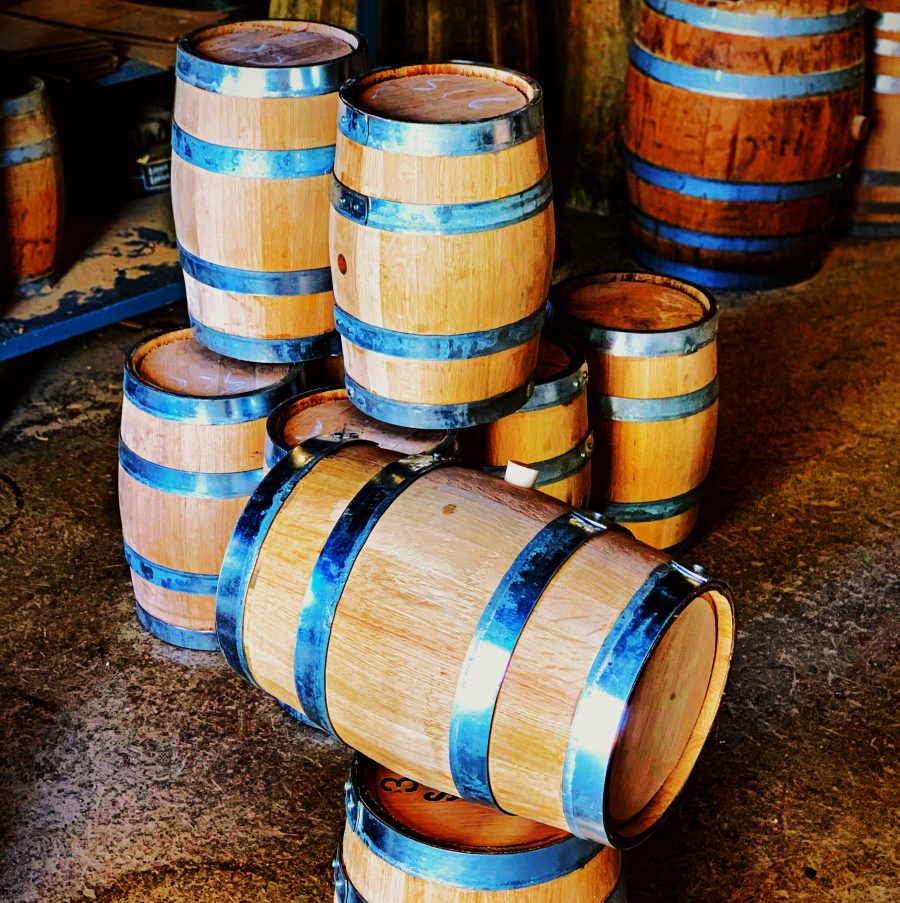 Burks Brothers Brewing will age their product in oak barrels.

A family in Bryant has a dream to make brewing their business, and they’re working hard to open a space right off Highway 5 North.

Jesse and Catherine Burks have been thinking about brewing since they lived in Graz, Austria for a short time in 1999. “Our two youngest sons, Harley and Gunnar were ages four and one at the time, and we had a small apartment over the top of a little place called a strudel stube,” Jesse said. “We grew to love that place and the owners. At least a few nights a week we walked downstairs to enjoy something to eat and of course some incredible cold beers.”

They started visiting small places like that to try different beers and collect their glasses and mugs. When they moved back to Bryant Jesse built a kegerator, which is a refrigerator that is designed or altered to store and dispense kegs. Like a lot of brewers they started experimenting with homebrewing and their love of the process grew from there.

The family is made up of Dad, Mom and three sons now – Harley, Gunnar and Jaegar, the Burks Brothers.

“We all have different tastes, so we will each brew what we love,” stated Jesse.

They plan to have a few seasonal beers too, and will take into consideration what customers like. They will have a brewing area where customers can see, as Jesse puts it, “how the magic happens.” They plan to bring in food trucks for those with an appetite. The brewery will have growlers to take home and possibly crowlers in the future.

They have applies for a “Small Brewery” permit from the ABC (Alcoholic Beverage Control). “We’ve completed all the background checks, paid the fee, submitted all paperwork and posted our public notices,” stated Jesse. The ABC board should consider their application in mid-December and if approved, the brewery will get an onsite inspection and be fully permitted to begin. 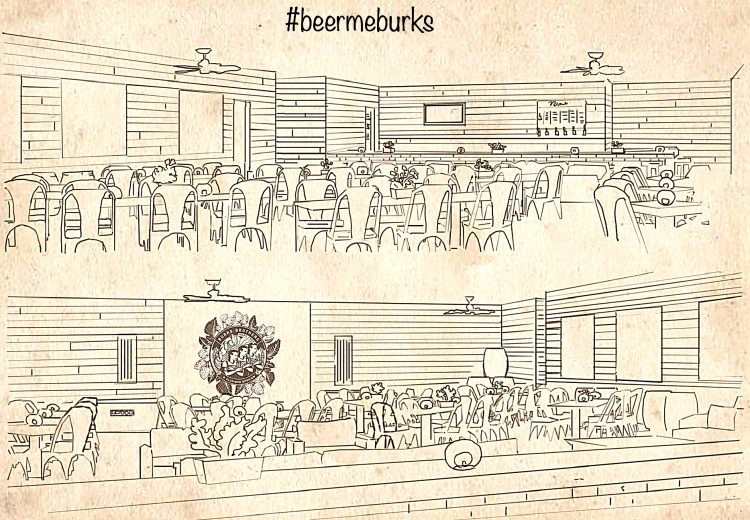 Artist’s rendering of the brewery space.

As far as the City of Bryant, Jesse says they have been helpful in the process of making sure zoning, permits, etc. were all appropriate. “The city of Bryant has been fantastic in working with us.”

They will begin building in the space in late November and it’s a rough timeline after that, but after taking equipment delivery, completing all the permitting, safety and health inspections, they have a few months to get ready.

“We hope to open in the Spring when the weather starts getting nice and we can have the two big overhead doors open,” said Jesse. “Our latest goal would be to open by July 4th.”

When they do open, you can find Burks Brothers Brewing at 2315 Shady Pine Lane in Bryant. If you look at the Burks Brothers Brewery on social media, you’ll find their slogan over and over again, and it’s eventually what they want to hear you say when you come visit – “Beer me, Burks.”