I didn’t exactly go to Agave Grill in Benton last night thinking I was going to review their food. I just knew I’d be celebrating my friend Gina’s birthday on the patio, along with several other friends. Nevermind the inflatable pink pony emergency that occurred prior to the festivities. It doesn’t matter that my executive decision to purchase a giant birthday balloon wouldn’t include proper calculation of its size in relation to the cabin space of my luxury Corolla. Don’t think about that part. It’s not important. Oh okay, here’s a picture of the thing sticking out of my car. 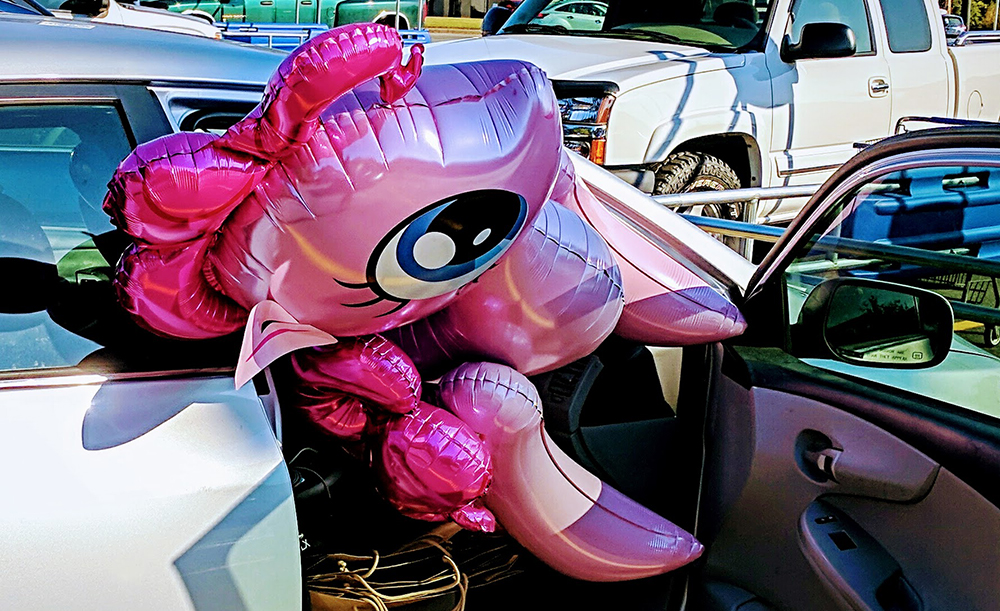 I had some great exchanges with giggling Kroger customers in the parking lot, due to my predicament. Yep, because I had to call my dad for help and then stand there and wait with my protruding pony.

“Dad, can you meet me in the parking lot of Kroger on Military like RIGHT NOW?” I’m sure he was thinking I locked my keys in the car or lost my wallet.

“Uhhh…” he stated about as eloquently as the average ten-year-old when asked the air speed velocity of an unladen swallow.

I qualified my request, “I bought a giant balloon and it won’t fit in my car and I have to be across the Interstate in 30 minutes!”

Not immune to the significance of the situation, he signaled the beginning of his rescue attempt with a simple, “Ok bye.”

His enthusiasm for the task waned a bit when faced with the actual object to be taxied – a shiny, pretty, pretty, pink pony. But he did it anyway. Thanks Dad. 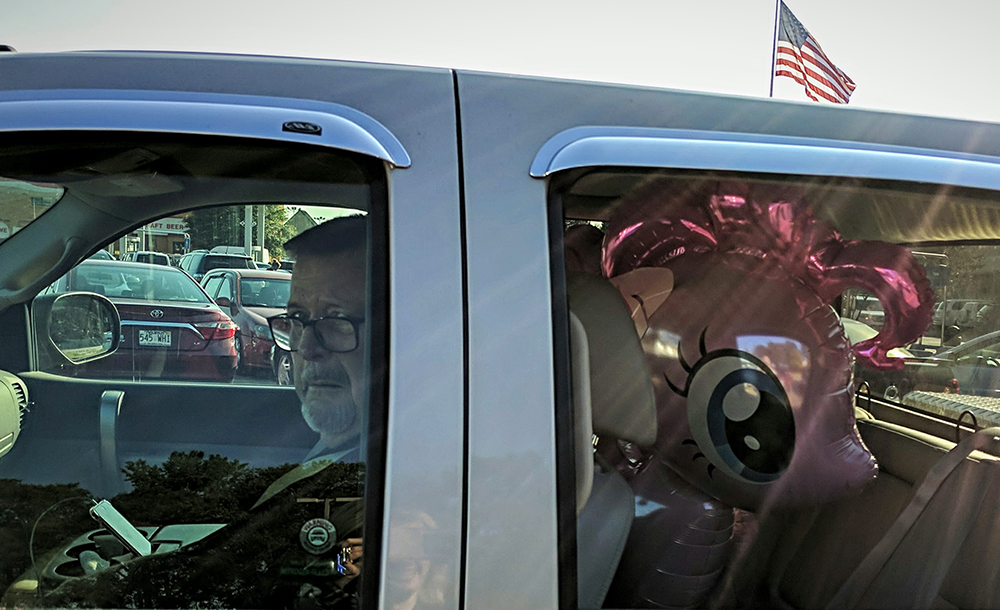 I told you not to think about all this, but I couldn’t not tell you what you can’t think about, right? So anyway, a bunch of us friends were there at Agave Grill and people were ordering different things, so I thought MySaline readers deserved to hear about a couple of them.  First, here’s a gratuitous picture of our group with the pony. That number 38 on the cake may or may not be off by about ten years, but that is another detail that you can ignore so that you don’t hurt the feelings of the person in charge of that task. (You had ONE job!) The birthday girl was cool with it though. 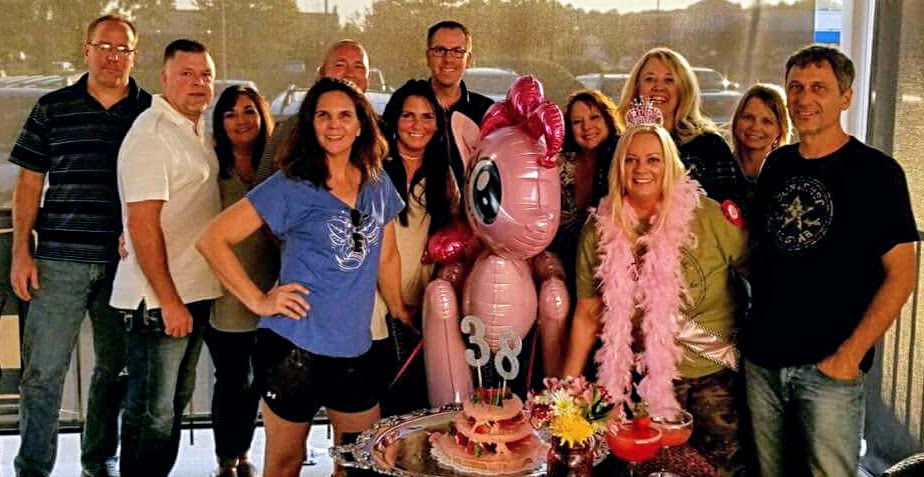 So about the restaurant… That’s the whole point of this article. As you can see from the picture, we were on a covered patio surrounded with screen drapes. There was another birthday party going on right next to ours, and several other smaller tables of customers. That’s a lot of people and that was just the patio. Our servers, Matthew and Aubrey, did a good job with keeping up, given the crowd and sudden demand.

We ordered quesadillas, tacos, seven layer dip, regular margaritas, strawberry margaritas and even tried watermelon margaritas. All were delicious and fresh, so kudos to the kitchen and the bar. I can tell you in detail about my entree, and also about what my friend Mike ate, because I gave him the task of describing it to me. 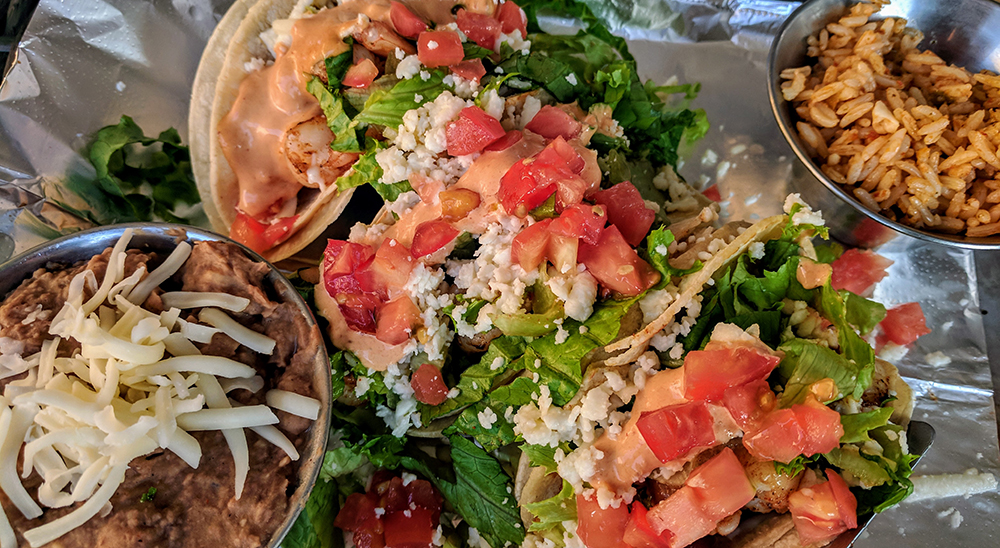 I just noticed that Mike’s tacos looked beautiful on the plate. As I went in to get a photo, he was somewhat guarded due to my near proximity.

“The sauce is what made it,” he told me. He thought for a bit and came up with all the adjectives he could muster to describe the tacos.

Goodness. I’ll order that next time. 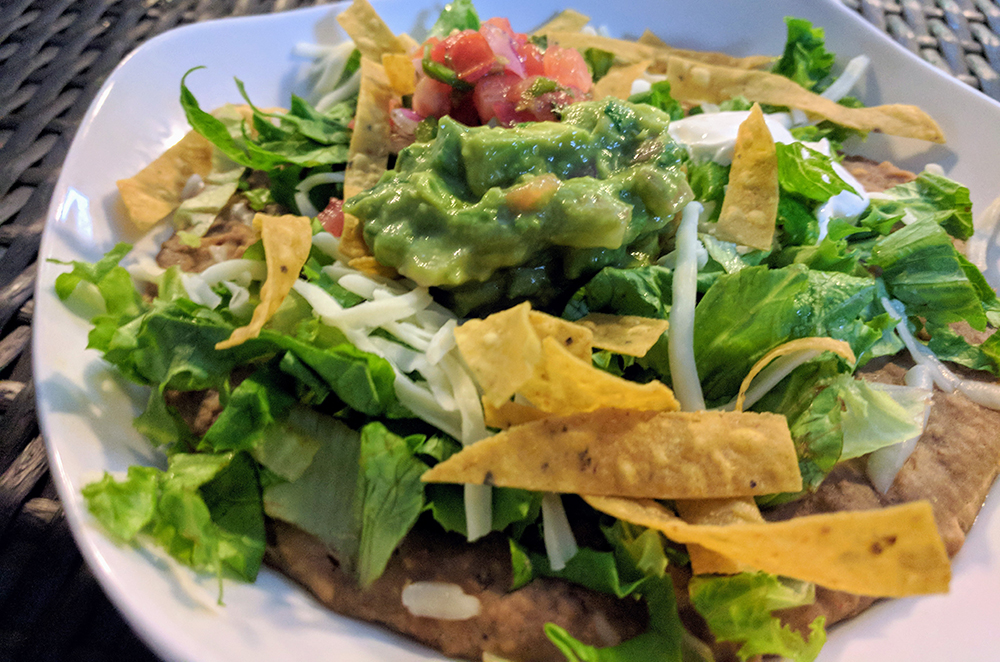 As for my food, I got the seven layer dip. We already had chips on the table, but I went at this dish with a fork first. I love me some guacamole and sour cream (and cheese and refried beans and tomatoes and…) so this was great. I ordered it during happy hour, so it was even better at half off the price. The dip was a mixture of crunchy, creamy and fresh textures that were perfect for eating while we still have summery weather.

The service was attentive, the food was wonderful, the patio allowed us to get loud and we even were serenaded by a live guitarist. Yep, they have music on the patio too – on Thursdays, Fridays and Saturdays. Thanks to owner Ryan Brown at Agave Grill, for making Gina’s birthday celebration a happy one, for putting up with a loud crowd and for allowing a a giant, pretty, pretty, pink pony in your restaurant.

New Mexican Restaurant By the Interstate in Benton