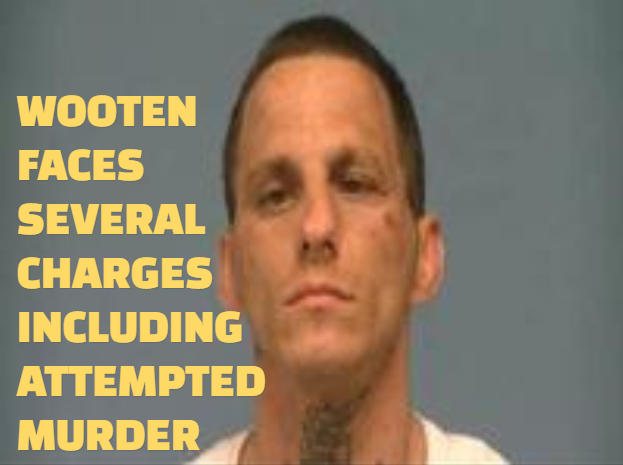 A Hensley man faces several charges after allegedly shooting someone in the chest. Jacob Lee Wooten, age 35, of Hensley, was arrested by Deputies from the Saline County Sheriff’s Office (SCSO) in the area of Springlake Cutoff at around 2 a.m. after Independence Day.

According to the arrest report from SCSO, Deputies were dispatched to a shooting in the area of W. Woodson Lateral. Upon arrival, they found a white male victim shot in the chest. Witnesses identified the shooter as Jacob Wooten. 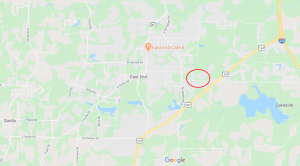 The report states that “Wooten came to a fireworks party with a handgun (revolver) where he fought with the victim in the woods Wooten fired at the victim hitting him in the chest.”

At the time, the doctor reported that the victim was “in critical condition and may die.”

Wooten reportedly was mad because he felt his estranged wife was having a relationship with other males. The report also stated that after the shooting, Wooten called his wife and told her she was “dead.”

Wooten fled from Deputies when located and hid in a tree. After arresting Wooten, Deputies found the gun apparently used in the shooting as well as a bag of marijuana.