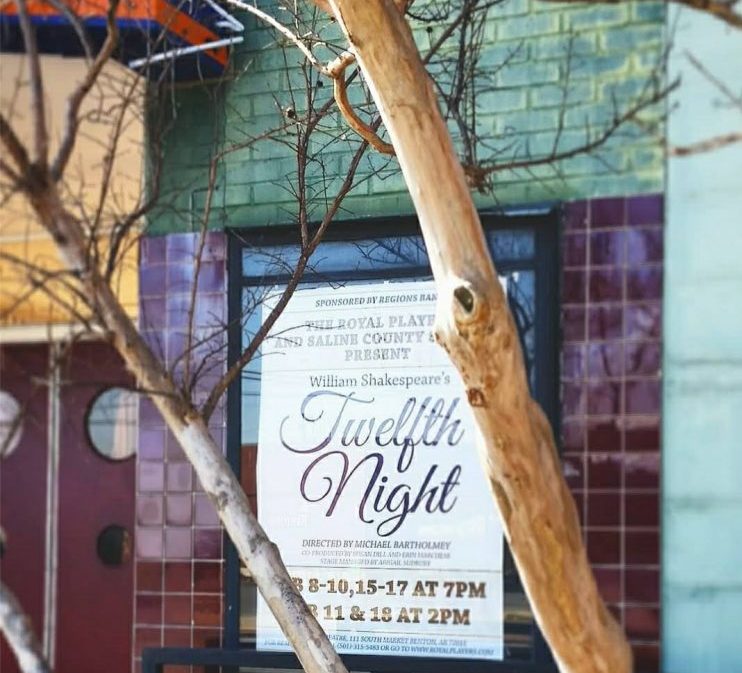 The Royal Players and Saline County Shakes production of William Shakespeare’s Twelfth Night will be held at the Royal Theatre in Historic Downtown Benton February 8-18. Performances are at 7 p.m. Thursdays through Saturdays; Sunday matinees start at 2 p.m. Tickets may be purchased at theroyalplayers.com, and reservations are available at 501-315-5483. There is a special for teachers who accompany class groups; for information, contact [email protected]com. The theater is at 111 S. Market.

This production is directed by Michael Bartholmey, who has directed with both Royal Players and Saline Shakes, and has been adapted to last about two hours.

Critically acclaimed as one of Shakespeare’s most complex and intriguing plays, Twelfth Night is a classic romantic comedy of mistaken identities. When Viola ends up shipwrecked on the opposite side of an island as her nearly identical twin brother, she decides to disguise herself as a boy. Meanwhile, Orsino, a duke on the island, is attempting to woo the Countess Olivia.  Olivia falls in love with Orsino’s messanger (Viola in disguise) who is now in love with the duke. All is set right when the twins finally meet face to face. Similar plots can be found in modern comedies, but many of the ideas originated with the Bard. The cast for the Royal production follows: