A Benton teen is facing murder charges after an incident in a store parking lot in Star City, Arkansas on July 4, 2022, according to the DeltaPlex News. Star City Police Department is investigating after Christoph Jarek “CJ” Vick, age 19, of Star City, was apparently murdered.

Lincoln County Prosecutor Clint Todd stated in court that Vick, along with William Pearson, contacted Dawson Maples, age 19, of Benton, about buying a half ounce of marijuana. Todd stated that the intent of Vick and Pearson was to rob Maples. They met at the Dollar General parking lot at 612 South Lincoln Avenue. Mugshot of Dawson Maples, from Lincoln County Detention Center, with the arrest date of Thursday, July 7, 2022.

Vick and Pearson got in the Green Toyota Prius that Maples was driving, with an unidentified black male in the front passenger seat, according to Todd. The car is registered to Maples Investments, a business that his father, David Maples, of Benton, owns.

Prosecutor Todd stated that Pearson pulled a gun on Maples and demanded the marijuana, then Maples gave a gun to the black male, and took out a gun for himself. It was stated that Maples then attempted to aim his gun at Pearson, who was in the middle back seat, but Pearson pinned Maples’ arm against the ceiling.

The prosecutor stated that the black male then shot Vick several times and told Pearson to get Vick out of the car. Pearson stated during investigation that neither he nor Vick knew who the black male was.

Law enforcement later obtained a search warrant for the vehicle. Benton PD Detective Dustin Hamm located the vehicle a couple of blocks away from BNPD headquarters, at Maples Investments, 203 Lillian Drive in Benton. Star City Police Chief Cody Drake noted in the investigation that there were two holes in the roof and two holes in the back seat that all appeared to be bullet holes.

The car was towed to Star City where officers noted that they found two bullet fragments in the back seat and muzzle burns on the ceiling, but no shell casings, weapons or Vick’s backpack were in the vehicle. The officers stated that the interior appeared to have been cleaned.

Maples is charged with First Degree Murder, delivery of a controlled substance, unlawful use of a communications device, and tampering with physical evidence and has a $75,000 bond. He is due in court again in Star City on August 10th at 9:00 a.m.

Police are attempting to identify the black male. If you have information, contact Star City Police at 870-628-4244. 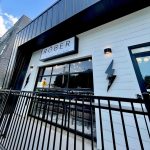 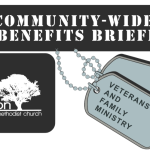 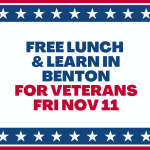 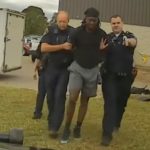 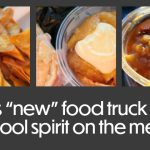 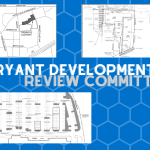