So many people have asked and I’ve wondered myself about different businesses around Springhill Road and Highway 5 North, so the following is what I know. First, a map. An unofficial map, however, all of it is from a reliable source. 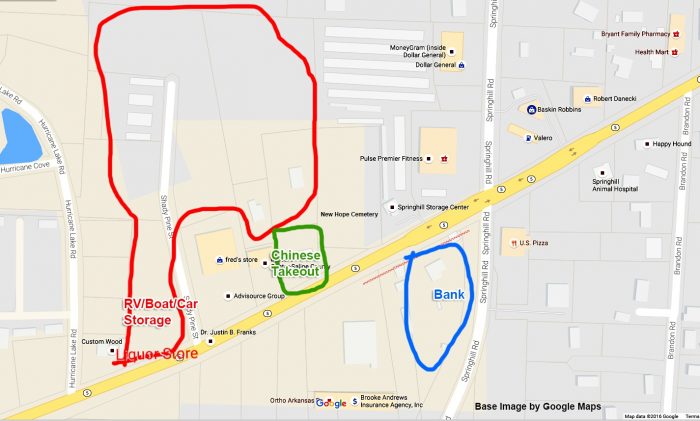 You can look for five things to happen in the near future:

That red line above the bank is approximately where there are several large trees that we’ll hate to lose. It looks like the bank is leaving them, but that’s because the AHTD (Arkansas Highway & Transportation Department) owns that property now. Since it’s difficult to widen a highway with trees in the middle, those trees are leaving.