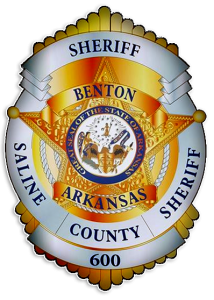 The Saline County Sheriff’s Office (SCSO) released the following statement on Thursday afternoon, regarding a potentially serious threat to students at a local high school. More info below that.

SCHOOL THREAT FOUND TO BE NOT CREDIBLE

In response to a recent threat toward Sheridan High School that has been circulating:

Immediately, officers from the SPD contacted the SCSO sergeant on duty and began providing details of the parents’ concerns. Because many school-aged students who live in the eastern part of Saline County attend schools in the Sheridan District, it was important to work this investigation in a collaborative manner.

Detectives from the SCSO Criminal Investigation Division, as well as employees from Juvenile Services, were notified and responded to the Sheriff’s Office where everyone was briefed. At the same time, officers from the SPD were keeping school and public officials advised of updates.

Detectives, Deputies, Officers and Juvenile Service employees followed up leads throughout the evening and well into the early morning hours.

There is evidence that the original social media post that started this incident was hoaxed, but the Sheridan Police Department, the Saline County Sheriff’s Office and Sheridan School District officials have taken appropriate security measures and there is a police presence at area schools.

It does not appear that this hoax originated from anyone in Saline County, Grant County or even Arkansas. It is believed that this post was shared, and then shared several more times, but originated from a state several hundred miles away from Arkansas.

Investigators have made contact with the law enforcement agency from that state and that jurisdiction and leads are being followed up.

Sheridan Police Chief Adams and Saline County Sheriff Wright would like to thank all of the parents who contacted law enforcement yesterday. It is exceedingly important to adhere to: SEE SOMETHING SAY SOMETHING! Both law enforcement agencies immediately responded and dedicated a large amount of manpower to follow-up all leads to this potential threat.

Although there is a police presence at the Sheridan School District today, parents, teachers, students and the community should know that this threat was quickly addressed, investigated and it has been determined that there was no criminal intent by anyone in our area to cause harm at the school.

The Sheridan Headlight has given more detail about the threat: