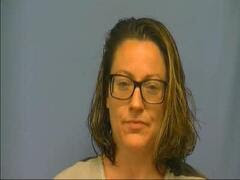 Terroristic threatening in the first degree, 4000 block of Mink Road.

Deputies responded to a residence in reference to Sarah Flores a white female February 14th 1989, making threats to kill a man, and his wife, while acting as if she had a firearm on her waist. Flores was taken into custody and charged accordingly.

Deputies responded to Ten Mile Creek for an abandoned vehicle approximately 325 feet up the creek and sunk in the creek bed. The vehicle, a 2011 Chevy Silverado, was reported stolen out of Little Rock Monday morning. A wrecker service came and took position of the vehicle. 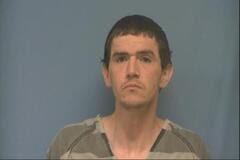 Battery in the 2nd degree.

Deputies responded to the report of a disturbance at 6800 block of Highway 67. Deputies arrived on scene and made contact with a 72-year-old woman, who advised her grandson Joshua McGuire, age 33, shoved her, causing her to stumble backwards, as he was leaving the residence after a heated verbal argument. McGuire was located at a neighbor’s home and taking into custody without incident.