Sgt. Wade Gilliam of the Saline County Sheriff’s Office (SCSO) went to Washington D.C. over the weekend to participate in the National Law Enforcement Memorial services. The Memorial committee invited the SCSO to have a representative attend, since a fallen Saline County Deputy would have his name added to the Wall.

Gilbert Byrd Burchfield was killed in the line of duty in 1847 while serving a Write on the Allen Brothers, who had stated they would not be arrested. The elder of the brothers shot and killed Burchfield during the altercation.
The administrators who work tirelessly for the Memorial found this information and provided it to the SCSO.
MySaline told you about the research and discovery in September of Burchfield as a fallen officer.

Because of this discovery, Gilbert Burchfield’s name was added to the Fallen Law Enforcement Officers Memorial, at Judiciary Square in Washington D.C. along with more than 300 others this year. Of those, over 140 were killed in the line of duty in 2016. Each year, the names of the previous year’s fallen are added to the wall, along with any others that may have been found after being lost in time (as Burchfield was). 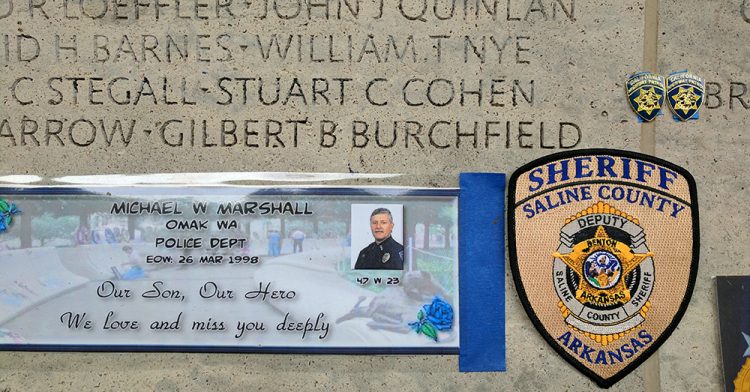 There are numerous ceremonies that go along with the addition. The beginning ceremony is the arrival of the “Police Unity Tour.” It is essentially Officers from around the United States who ride a bicycle hundreds of miles for each name being added to the Wall. In doing so, they not only raise awareness, but they raise money for the Memorial as well. This year over 300 officers dedicated themselves to one of the fallen, met in Portsmouth, Va., and rode his/her bicycle all the way to Washington DC. They are escorted by motorcycle officers from all over the U.S. along the way, from beginning to end. More info is available at www.policeunitytour.com.

The Officer that rode for Deputy Burchfield was Officer Joseph Summers of the Orlando Police Department. He specifically chose Deputy Burchfield because he was the oldest name being added to the Memorial this year.
Officer Sommers requested that Sgt. Gilliam give him an SCSO patch. Sommers affixed this to his uniform during the ride.

“When I met Officer Sommers at the Memorial, he provided me with that same patch that had made the ride – through awful thunderstorms by the way – along with other items that had been given him,” stated Gilliam. 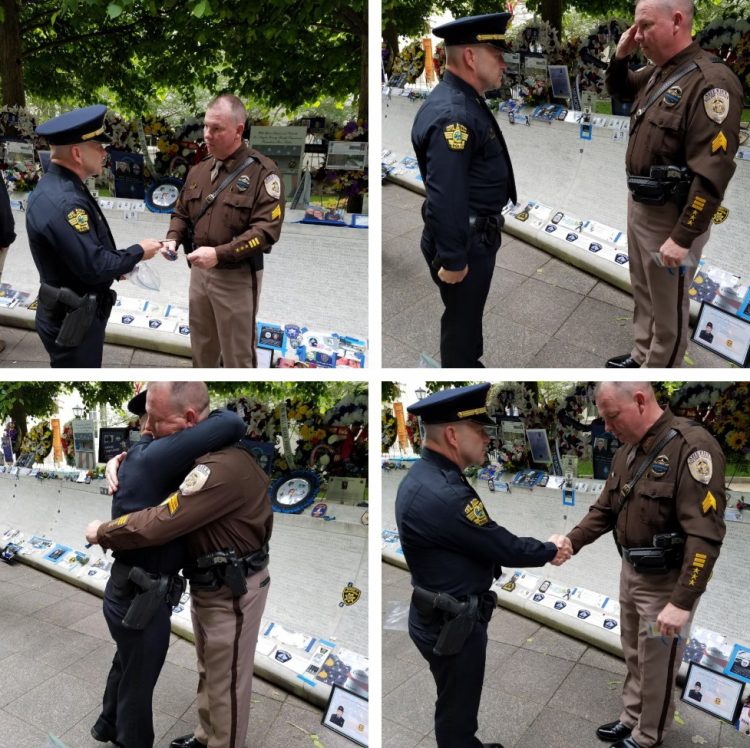 Officer Sommers (left) and Officer Gilliam, met a the Memorial.

The annual Memorial also coincides with “Police Week” and National Peace Officers Day, which is May 15th of each year. The main ceremonies were the Candle Light Vigil and National Peace Officers Memorial Day Service (at the Capitol and addressed by the President). Gilliam attended them all. Photos are below. Deputy Burchfield’s name was also added to the Memorial Wall in Little Rock. 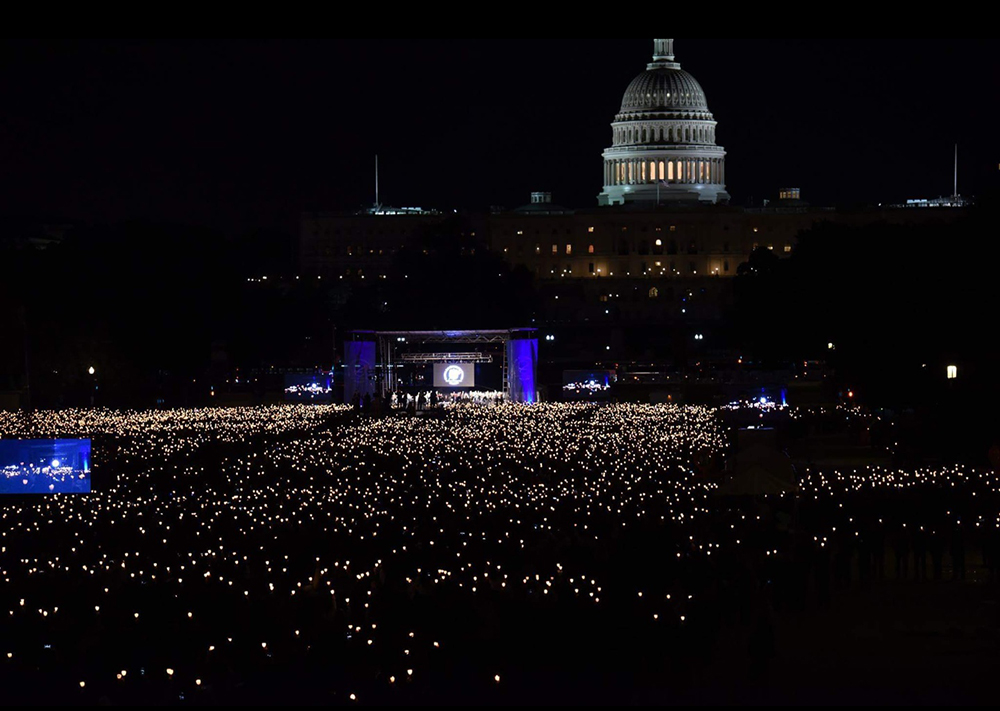 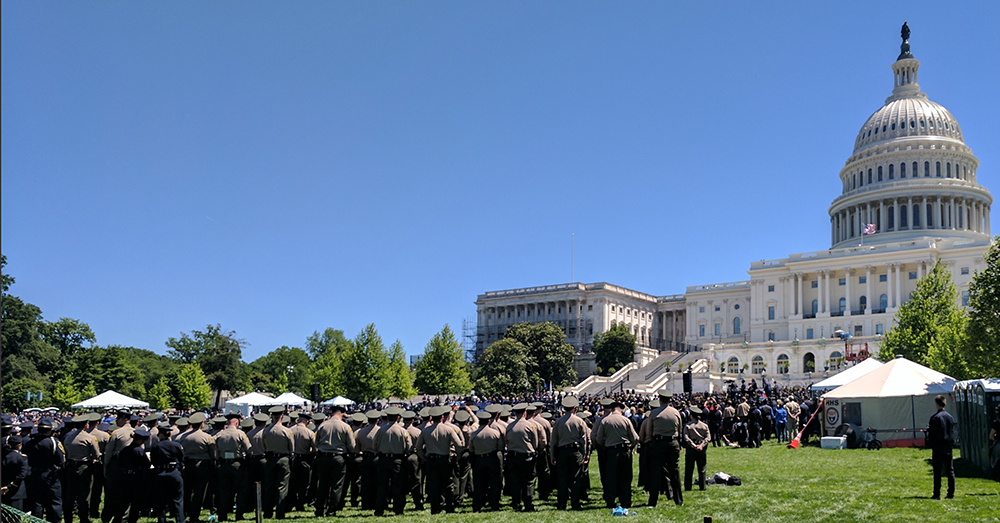 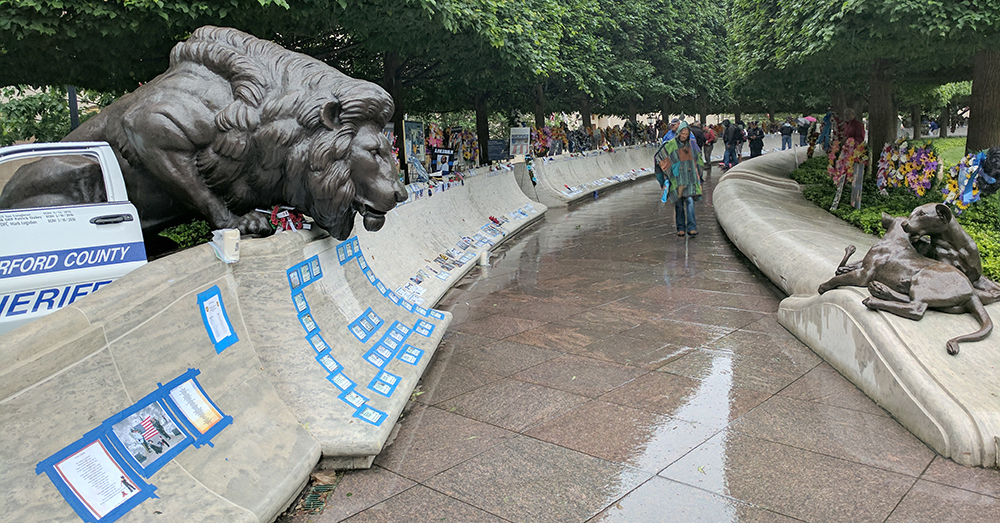