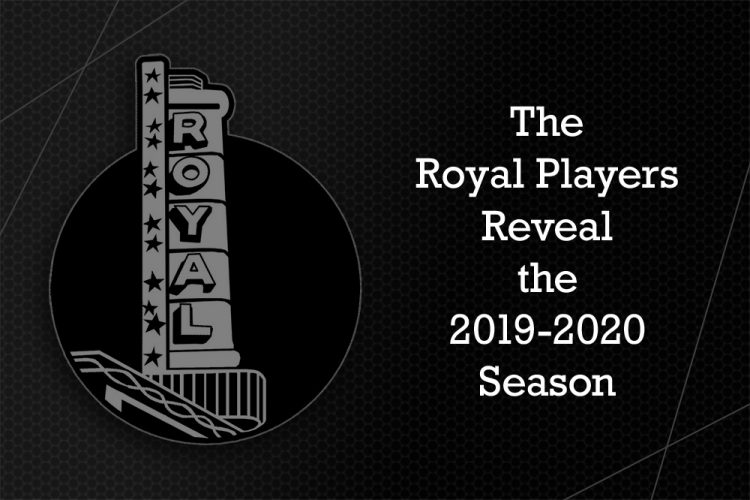 The Royal Players are has released the shows for the upcoming season. See descriptions below for the shows, beginning in October with The Crucible, then a Christmas favorite, Miracle on 34th Street: The Musical. After the turn of the new year, see The Wizard of Oz in February, Disney’s Beauty and the Beast in April, Neil Simon’s Lost in Yonkers in June, and finally in August there’s 9 to 5: The Musical. 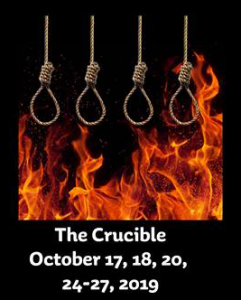 ◾️The Crucible, October 17-27, 2019
The story focuses upon a young farmer, his wife, and a young servant-girl who maliciously causes the wife’s arrest for witchcraft. The farmer brings the girl to court to admit the lie—and it is here that the monstrous course of bigotry and deceit is terrifyingly depicted. The farmer, instead of saving his wife, finds himself also accused of witchcraft and ultimately condemned with a host of others. 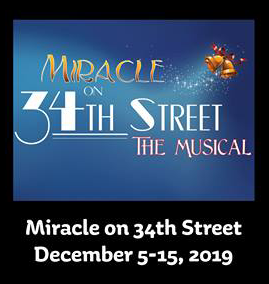 ◾️Miracle on 34th Street: The Musical, December 5-15, 2019
Kris Kringle takes on the cynics in this musical adaptation of the beloved holiday classic. A holiday classic from the writer of the musical theatre classic, The Music Man!, and based on the movie of the same name, Miracle on 34th Street features a book and score by none other than Meredith Wilson. Single mother, Doris Walker, doesn’t want her six-year-old Susan’s head filled with romantic notions. Their neighbor, Fred Gailey, tries to woo Doris by charming Susan and taking her to see Santa Claus at Macy’s, where Doris works. Doris is not impressed, but when it turns out that Macy’s Santa may, in fact, be the real Kris Kringle, a wave of love spreads across New York City that melts even the most cynical hearts. Filled with humor, spectacle and such beloved songs as “Pinecones and Hollyberries,” “It’s Beginning to Look a Lot Like Christmas” and “My State, My Kansas,” this joyous, heartwarming musical is pure family entertainment, wholesome without being cloying. 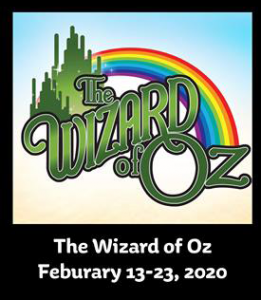 ◾️The Wizard of Oz, February 13-23, 2020
This beloved tale, in which a Kansas farm girl travels over the rainbow to discover the magical power of home, has been entertaining audiences for generations. It includes loved songs such as “Over the Rainbow,” “Munchkinland (Ding Dong! The Witch Is Dead),” “If I Only Had A Brain/A Heart/The Nerve,” “We’re off to See the Wizard (Follow The Yellow Brick Road),” “The Jitterbug,” and “The Merry Old Land of Oz.” 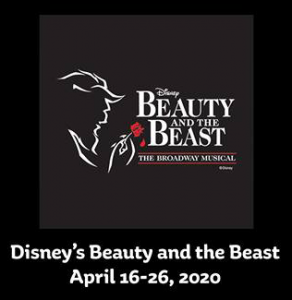 ◾️ Disney’s Beauty and the Beast, April 16-26, 2020
“Be Our Guest!” The Academy Award-winning film comes to life in this romantic and beloved take on the classic fairytale. Step into the enchanted world of Broadway’s modern classic, Disney’s Beauty and the Beast, an international sensation that played a remarkable 13-year run on Broadway and has been produced in 37 countries worldwide. Based on the Academy Award-winning animated feature, the stage version includes all of the wonderful songs written by Alan Menken and the late Howard Ashman, along with new songs by Mr. Menken and Tim Rice. The original Broadway production ran for over thirteen years and was nominated for nine Tony Awards, including Best Musical. The classic story tells of Belle, a young woman in a provincial town, and the Beast, who is really a young prince trapped under the spell of an enchantress. If the Beast can learn to love and be loved, the curse will end and he will be transformed into his former self. But time is running out. If the Beast does not learn his lesson soon, he and his household will be doomed for all eternity. 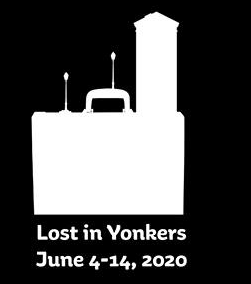 ◾️Lost in Yonkers, June 4-14, 2020
By America’s great comic playwright, Neil Simon, this memory play is set in Yonkers in 1942. Bella is thirty-five years old, mentally challenged, and living at home with her mother, stern Grandma Kurnitz. As the play opens, ne’er-do-well son Eddie deposits his two young sons on the old lady’s doorstep. He is financially strapped and taking to the road as a salesman. The boys are left to contend with Grandma, with Bella and her secret romance, and with Louie, her brother, a small-time hoodlum in a strange new world called Yonkers. 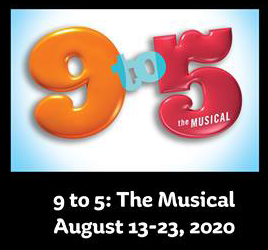 ◾️9 to 5: The Musical, August 13-23, 2020
Three unlikely friends take control of their office and learn there is nothing they can’t do, even in a man’s world. 9 to 5 The Musical, with music and lyrics by Dolly Parton and book by Patricia Resnick, is based on the seminal 1980 hit movie. Set in the late 1970s. This hilarious story of friendship and revenge in the Rolodex era is outrageous, thought-provoking and even a little romantic. Pushed to the boiling point, three female coworkers concoct a plan to get even with the sexist, egotistical, lying, hypocritical bigot they call their boss. In a hilarious turn of events, Violet, Judy and Doralee live out their wildest fantasy – giving their boss the boot! While Hart remains “otherwise engaged,” the women give their workplace a dream makeover, taking control of the company that had always kept them down. Hey, a girl can scheme, can’t she?