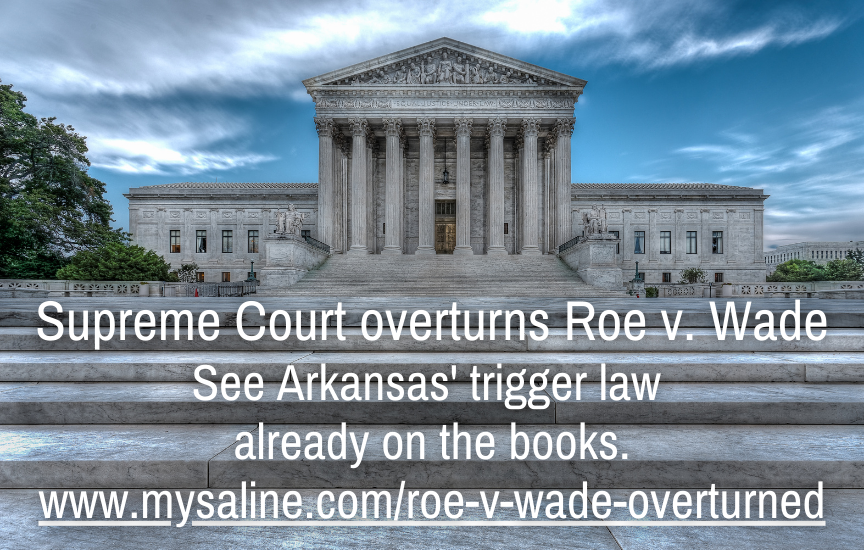 See below 👇👇 for pdf of Act 180, the Arkansas law that goes into effect concerning abortions in the state.

In a split decision, the United States Supreme Court voted to overturn a decades old ruling on Roe v. Wade.

This ruling allows states to create their own laws about abortion. Many states already have “trigger” laws in place, meaning they go into effect immediately.

In Arkansas, there is a law that goes into effect making it illegal to perform (or attempt to perform) an abortion unless it’s to save the life of the pregnant person during a medical emergency. This law does not make exception for cases of rape or incest. If convicted of violating this law, the person could be sentenced with up to 10 years in prison, along with a fine not exceeding $100,000.

Read more with the in-depth article on arkansasonline.com.