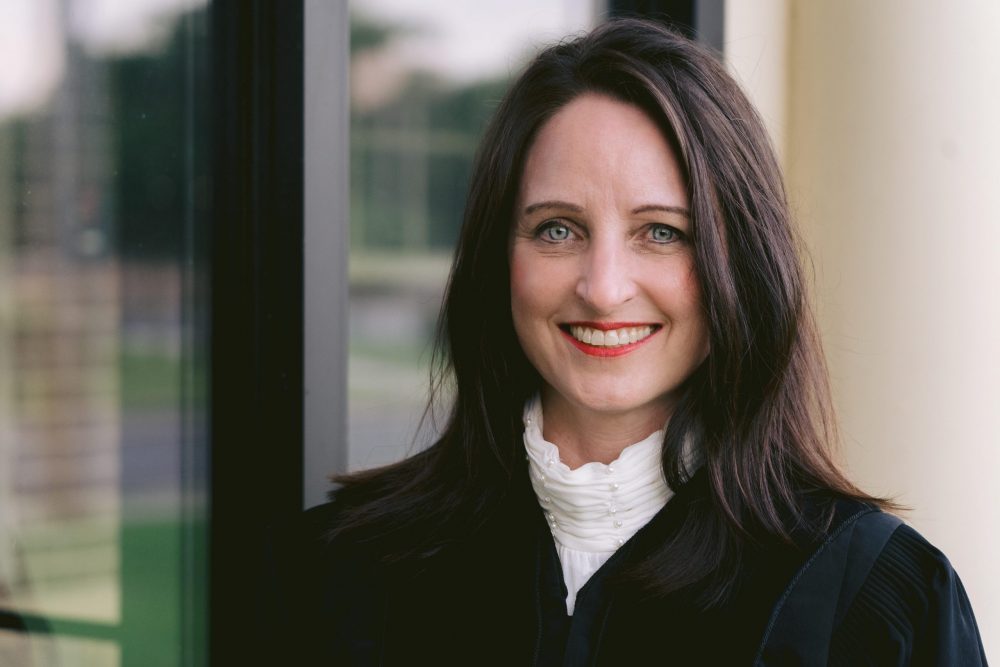 State Supreme Court Justice Rhonda Wood of Conway formally announced Wednesday that she is running for reelection to the Arkansas Supreme Court in 2022.

“When I first ran for the Supreme Court, I pledged to bring Arkansas values to our state’s highest court – faith, family, hard-working, conservative values.  Throughout my first term I’ve done just that, making tough decisions in the face of immense pressure.  As a member of the court, I will always uphold the rule of law and the Arkansas Constitution will be my guide.”

Justice Wood was first elected to the Arkansas Supreme Court in 2014 and has served as an associate justice in Position 7 since 2015.  She previously served on the state Court of Appeals from 2013-14 and as a circuit judge in the 20th Judicial District from 2007-12.  During her time on the bench, she has written more than 350 appellate opinions and has heard nearly ten thousand cases.

“My experience and record as a judge show that I’m tried, true, and tested.  Having heard more than ten thousand cases in my judicial career and serving as an appellate judge for almost ten years, voters can read and evaluate my votes on actual cases and matters of law. There is no guessing what type of Supreme Court Justice I will be.”

In addition to her public service on the court, Justice Wood is active in the community.  Since 2015, she has chaired the Arkansas Commission on Children, Youth, & Families, which is dedicated to improving how children and their families interact with the courts of Arkansas.  Wood serves on the Advisory Council for the Children’s Advocacy Centers of Arkansas and served on both the Child Welfare Advisory Panel and Juvenile Justice Reform Board as an appointee of Governor Asa Hutchinson.

Most recently, she was named the Woman of the Year for 2021 by Women’s Own Worth, a non-profit organization dedicated to helping victims of domestic violence. Its mission is to help women and their families sustain an independent life after suffering the effects of trauma.

She resides in Conway and is married to Dr. Michael Wood. They have four children.