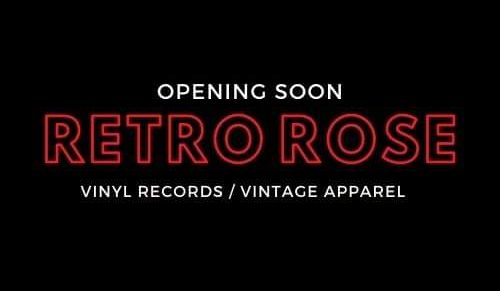 McAnally announced the new business via social media, and has already created a lot of buzz.

Do young people these days know what vinyl is? Yes, they do. Because everything old is new again – or at least that’s the thought I cling to when I look in the mirror. But enough about me and more about vinyl and vintage things.

There’s a new store coming to downtown Benton called Retro Rose. The owner, Audra McAnally is still keeping a lot of her plan under wraps, however… I got an sneak peek tour on Friday afternoon, so I can tell you that there will be thousands of vinyl record albums for sale. She also plans to stock retro things like rock t-shirts and other items for men and women.

This reporter is excited because like many others, I grew up with vinyl. As I reminisced with Audra about other record shops I have visited, she assured me they will have the helpful experience of being able to listen to records to decide what you want to buy.

She’s already been in this building for some time, since she has another business doing property preservation. The reason for the new direction comes from a love of the music and the style dating back to decades ago.

The love of vinyl is already bringing people together, as store owner Audra McAnally (l.) and Shelli Poole (r.) meet to talk about the Retro Rose.

“I’ve been collecting records for a long time and the past couple of years, I’ve really gotten into it,” said Audra. “It’s always been my theme of everything – records. And I just like the feel of things.”

She hopes to one day share in the vinyl business with her younger nieces and nephews and bridge generations with music on vinyl. “They love coming in here and playing with they record player. They are just obsessed with vinyls and putting them on.”

“I just wanted to provide other kids that chance,” she continued. “I know I’m young so it’s kind of weird for me to be so into this, because it wasn’t even my era. But when my nieces and nephews were playing with the record player, it melted my heart. It was a bonding thing which is great because they are my world.”

Audra hopes to open Retro Rose in October, but during this pandemic, it’s all up to when the shipments come in. For now, I can’t tell you much more, and they already have the windows covered so they can keep the secret. But they do have some great ideas and it’s something that Saline County doesn’t have at this time, so I will stick my neck out and say I think it will do well.

The address is at 113 E. Sevier Street. It’s behind the old post office or across the street from Cleo’s Furniture. 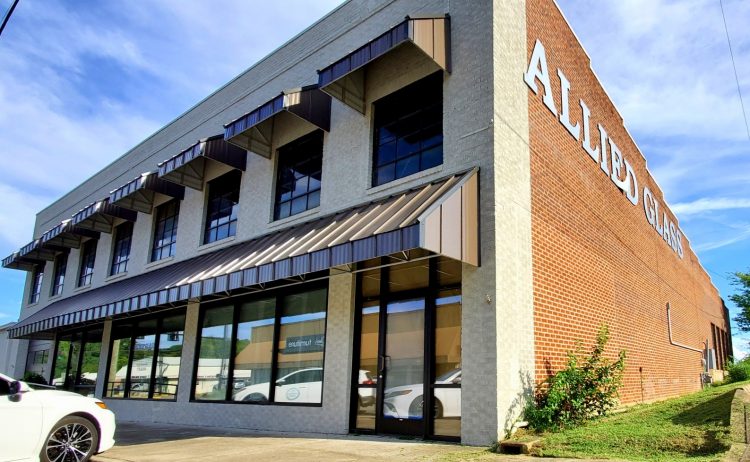 Find Retro Rose opening this Fall on the right side of the Allied Glass building at 115 E. Sevier Street in downtown Benton.