You’ve seen the construction and you’ve asked me about a dozen times what is being built on the hill at the northwest corner of Reynolds Road and Interstate 30. We told you about it in December 2016 and updated you in February 2017 (links below).

It’s a new clinic called HealthCare Express. They will have an opening – or as they’re calling it, a VIP Party on June 5th from 4-7 p.m. The address is 23150 Interstate 30 North. It kind of backs up to Waffle House.

They will have free food from Whole Hog, DJ Xavier Riley, and free stuff, including a giveaway for someone to get Luke Bryan concert tickets. See their flyer below. 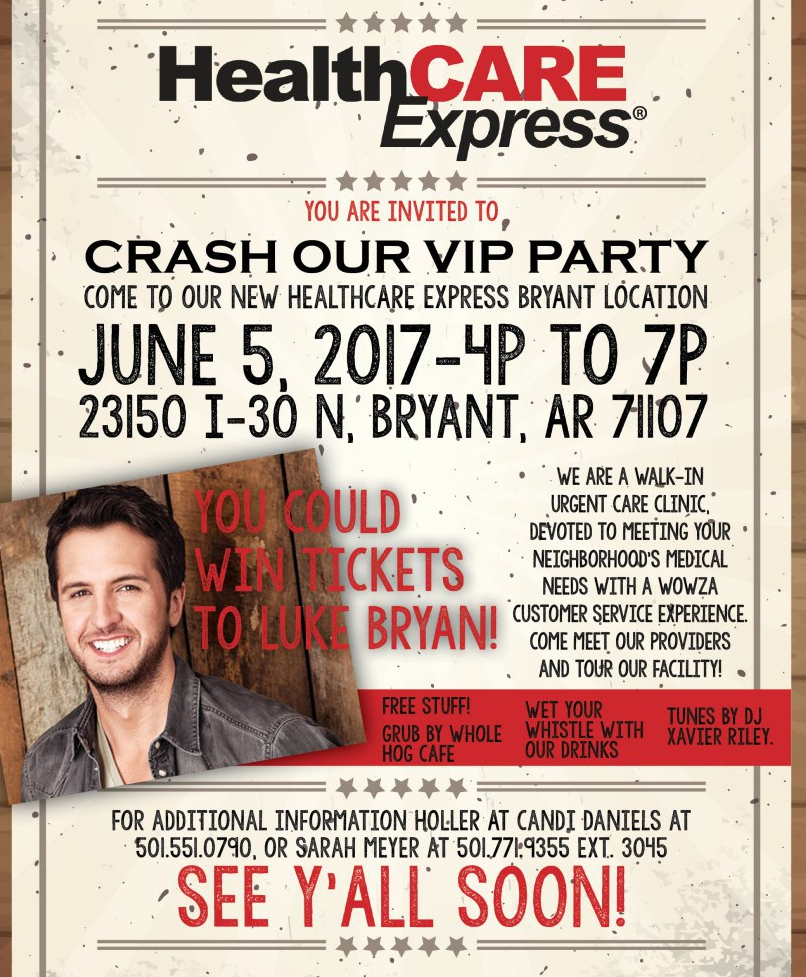