JoAnne Johnston, 71, of Bauxite, Arkansas passed away March 3, 2021.  She was born February 6, 1950 in Milwaukee, Wisconsin to the late Donald and Marjorie (Haas) Pattengale. JoAnne worked all her life as a hairdresser.  She was a people pleaser and never met a stranger.  Her hair business was her life.  She served three generations in one family at her hair salon.  JoAnne loved to cook and is famous for her homemade yeast rolls.  She also canned and was very crafty.  Family states she was the “get-in-trouble” grandma.   Her family meant the world to JoAnne and they loved her back with all their hearts. Preceding JoAnne in death are her parents; sister, Leeanne Jones; and brother, Brian Johnston. She leaves behind her loving husband of twenty-six years, Kenneth Johnston; three sons: Michael Dublin, Tim Dublin and wife Jamie, and Cody Johnston; daughter, Allison; eight grandchildren; and many family members and friends who will miss her always. Family will welcome friends at a Visitation honoring Joanne on Wednesday, March 10 from 5:00-7:00 PM, at Smith-Benton Funeral Home, 322 N. Market Street, Benton, Arkansas. Services entrusted to Smith-Benton Funeral Home.  Online guestbook:  www.SmithFamilyCares.com.

Scott Anthony Reavis, 61 of Bauxite, passed away on March 3, 2021. He was born on November 9, 1959 in Peru, Indiana to the late Frank and Sue Conger Reavis, Sr. Scott was a veteran of the United States Navy. He was preceded in death by his parents, brothers, Frank Reavis, Jr., Rick Reavis and Bill Reavis. Scott is survived by his wife, Gwen Reavis, step daughter, Deondra Wheat, granddaughter, Laney Denney, brother, Todd Reavis, sisters, Andy Carpenter, Amy Reavis and Lori Johnson. A memorial service will be held at a later date. Online guestbook at www.ashbyfuneralhome. 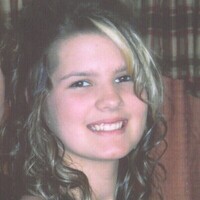 Hollie Renay Bentley, 29 of Bauxite, passed away on March 1, 2021. She was born on January 23, 1992 in Benton to Richard and Sandra Bentley. Hollie’s struggles with life and her illness never kept her from enjoying the light of her life, son, Bentley Johnson and brother, Hunter Bentley. She was preceded in death by grandfather, Harold (Slim) Bentley, grandparents, Brenda and Bruce Johnson. Hollie leaves to cherish her memory, son, Bentley Johnson, parents, Richard and Sandra Bentley, brother, Hunter Bentley, all of Bauxite; grandmother, Rebecca Bentley of Bauxite; numerous aunts, uncles and cousins. A memorial visitation will be held on Monday, March 8th at Ashby Funeral Home from 6:00 p.m. until 8:00 p.m. Online guestbook at www.ashbyfuneralhome.com 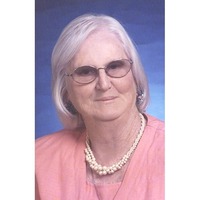 Faye Anita (Callahan) Krebs, age 93, of Haskell, passed away on Monday, March 1, 2021. She was born Oct. 18, 1927 to James Helmer Callahan and Hollan Thelma (Raper) Callahan. Faye was preceded in death first by her son, Gerald “Jerry” Krebs, and later her husband, James “Ed” Krebs. She was also preceded in death by her brother, Eugene Callahan of Haskell, and sister, Thelma Anderson of Little Rock. She is survived by one son, James M. “Mike” Krebs (Sandy) of Haskell, one sister, Juanita Parsons of Benton, four grand-children, ten great-grand-children, and one great-great-granddaughter. Faye and Ed married in 1946 and built their life together in Haskell, where they raised Jerry and Mike. She had a strong work ethic and held several jobs over the years, including working as crew leader at Curtis Mathis, clerking at Gibson’s department store, and working in the canteen at Benton Services Center. Never content to sit still for long, she later worked as part-time janitorial staff at Harmony Grove High School and volunteered as a poll-worker in countless elections. Faye found joy in every area of life. She loved her family and friends dearly. She loved to travel. She was a passionate supporter of the Harmony Grove High School band and athletic programs. For many years in her retirement, one could scarcely attend a high school basketball game without first buying a ticket from “Mrs. Faye”. Faye was a lifelong member of Mt. Harmony Missionary Baptist Church, where she also enjoyed singing in the choir. On any given Sunday, health permitting, she would be found at Mt. Harmony on the left side of the back row of the right-hand aisle. If an unknowing guest arrived earlier and sat there first, that was fine. She would sit one pew up and the guest would leave that day with a new friend named Faye. Faye’s family would also like to express their sincerest gratitude to Gina Valentine for providing in-home care for Faye and peace of mind to our family for many years. Visitation will be 9:00 to 10:00 a.m. Friday, March 5 at Ashby Funeral Home with funeral services beginning at 10:00 a.m. Burial will follow at Mt. Harmony Cemetery. Bro. Robbie Horne, Bro. John Bagby and Bro. Allan Eakin will be officiating.

Bartha Wise of Bryant, Arkansas, born in Bauxite, Arkansas, passed away on March 1, 2021, at the age of 90, leaving to mourn family and friends. Family and friends can send flowers and/or light a candle as a loving gesture for their loved one. Leave a sympathy message to the family in the guestbook on this memorial page of Bartha Wise to show support. She was predeceased by : her parents, Albert Daugherty and Ona Davis Daugherty; her husband Pete Wise; her sisters, Martha Parks, Madean Rickard and Annette Harris; and her grandson Todd Wise. She is survived by : her son Al Wise (Paula) of Bryant; her grandson Andy Wise (Aimie) of Benton; and her great grandchildren, Skyler Wise, Westin Barnett and Whitt Barnett. Visitation will be held on Thursday, March 4th 2021 from 6:00 PM to 8:00 PM. A graveside service will be held on Friday, March 5th 2021 at 10:30 AM at the Smith New Rosemont Cemetery (17270 I-30, Benton, AR 72019). 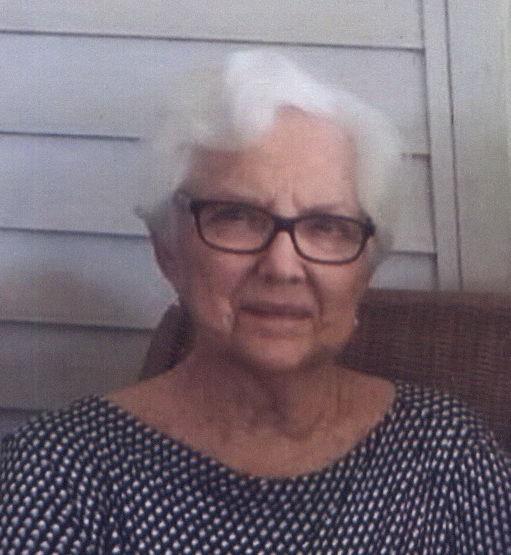 Anna “Janice” Arey Hulsizer, age 81, of Florence, went to her heavenly reward on Monday, March 1, at her home, surrounded by her three children and other family members. The family will receive friends on Friday, March 5, from 12:00 until 1:00 p.m. at Williams Funeral Home. A celebration of her life will follow at 1:00 p.m. in the funeral home chapel. Janice was born June 28, 1939, in Haskell, AR. She graduated from Harmony Grove High School in Haskell and from Arkansas State Teacher’s College (now known as the University of Central Arkansas). As an educator, Janice taught elementary and junior high students in Arkansas and Alabama, and ran a church-sponsored kindergarten in Bryant, AR for 13 years. A member of Florence Boulevard Baptist Church, she and her husband were very involved in church work all of their married life. They also volunteered with various hospice organizations and were both active members of the Mid-Lauderdale Volunteer Fire Department for many years. Mrs. Janice was a wonderful cook, florist and pianist, probably best known for her homemade bread. She gifted and served many, many loaves in Arkansas, Oregon and Alabama. Janice was preceded in death by her parents, Olen and Ivanette Arey of Haskell, AR; sister, Dianna Arey Denton of Morrilton, AR; two grandchildren, Matthew Brady and Andrew Hulsizer; and her beloved husband of 59 years, James William “Jim” Hulsizer. Left to cherish her memory are her brother, J. Glen Arey (Doris) of Weatherford, TX; three children, Jeff (Shelia) Hulsizer of Austin, AR, Jeanine (Kobin) Thacker of Rogersville, AL, and Jason (Patty) Hulsizer of Florence; eight grandchildren, Jessica (Matt) Petty, Jennifer (Nathan) Loyd, Collin (Kylie) Peek, Reece Thacker, Daniel Hulsizer, Hannah (Trevor) Phillips, Mary Beth Hulsizer and John Caleb Hulsizer; nine great-grandchildren, Savannah, Charlotte and Rhett Petty, Anderson and Elliott Peek, Ainsley, Alivia, Evie and Nora Phillips; four nephews and their families, and a host of other relatives and friends. She will be dearly missed. Condolences may be left at wfunerals.com