He is survived by his wife, Dianne Milam; son, Thomas Joe “Joey” Finn; Addi, Arlis, & Rylie Joe Zuber who he thought of as grandchildren; and his close friend, Fred Pinkerton.

Private memorial services will be held at a later date.

She was preceded in death by her parents, her husband of 57 years, Patrick Buffington.  Siblings Terry “Jiggs” Bono, William “Sonny” Bono, Carolyn Rider, and Marilyn Pritchard, and son- in- law John Ventress.

She is survived by her daughter Phyllis Ventress, daughter & son-in-law Steve & Christie Staggs, and her son and daughter-in-law Alan and Lisa Buffington.  Other survivors include her grandchildren, Charidy, Stefany, Steven, Taylor, Bailey and Kenzie.  Her great grandchildren Ethan, Taylon, and Chevy & a special niece and nephew Billy & Myka Sample.

There will be a graveside service held Monday November 28th, 2022 at 2pm at Summit Cemetery in Benton with Brother Kim Hammer officiating. 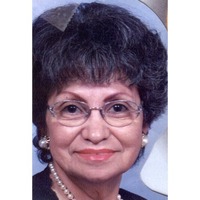 Mrs. Esther Mary Layton, 78, of Benton, loving wife & mother, went to meet her Lord and Savior after an extended battle with cancer.  She never allowed it to steal her joy.  Esther was a very positive, uplifting, and loving person who shared her story with others battling cancer.  She was a member of Spring Creek Baptist Church.  Esther loved painting, sewing, and crafts.  She was always making little gifts for others.  This brought her much joy.  Esther had a heart for others and sharing the gospel.

She was preceded in death by her parents, Dominico & Tonita Maestas and sister, Annabelle.

Visitation will be 12:00 to 1:00 p.m. Friday, December 2 at Spring Creek Baptist Church with a memorial service beginning at 1:00 p.m.  Burial will follow at 3:00 p.m. in Fairplay Cemetery.  Bro. Terry Parrish will be officiating.

James Allen “Big Al” Thomas, 68, of Benton, Arkansas walked into the arms of Jesus on November 24, 2022.  He was born January 7, 1954 in Little Rock, Arkansas to the late James and Helen Howard Thomas. He was a member of Old Union Baptist Church where he faithfully served.

Allen’s love for God, his family and people was immeasurable. He never met a stranger. He took every opportunity to share his faith in Jesus.  Allen was a great husband who adored his wife, children, and grandchildren.  He was a joyful man who loved being a silly Papaw. You would often find him with bows in his hair and pink fingernails or showing off his knife collection. Al was everyone’s cheerleader, despite his deteriorating health. He loved animals, fishing, hunting, 4-wheeling, collecting flashlights, pens, old bottles, hats, knives, candy bars, and Dr. Peppers.

The family would like to extend a special thank you to Hospice of Arkansas, Finley Pharmacy, and those who regularly spent time with Al, for going above and beyond with exceptional care and love.

A celebration of life service will be held Friday, December 2. Visitation at 3:00 and celebration service at 4:00 at Highland Heights Baptist Church, 1421 Alcoa Road, in Benton.

In leiu of flowers, consider donating to Arkansas Baptist Children Home and Family Ministries or Hospice of Arkansas.

Eva was born to the late Norman Ray and Clidie Mae Tucker on August 21, 1941. She attended school at Woodlawn High School, class of 1959. She became a Dental Hygienist performing work throughout the Houston, TX area for 15 years. In the 80’s, she started ‘Home Improvements’ a construction company that she ran for over a decade building houses in Pine Bluff, Arkansas. She finally went on to become an LPN in 1993 and worked at Baptist Hospital and other facilities for 18 years. During her time in medical care, Eva performed two separate mission trips to the Philippines helping individuals in need, showcasing her loving and caring heart. In Eva’s spare time, she loved going on vacation and taking her family with her. She loved cruises and anything that involved travel. She also enjoyed music, especially when it came to gospel music that she could sing with family and play the guitar along with. When Eva wasn’t traveling, she liked to wind down with a puzzle and let any grandkid available help. Eva always cared for anyone who came near her and adored spending time with her family – family was the most important thing to her.

The celebration of life will be held on Tuesday, November 29, at 11:00 A.M. with the visitation preceding the service. 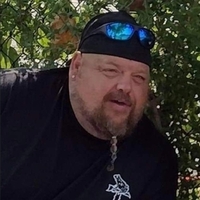 Michael Allen Ewing 50 of Bryant, passed away on November 24, 2022, with his family by his side.  He was born on October 24, 1972, to the late, William and Sherry Ewing in Elkton, Maryland.  Michael was a big teddy bear who never met a stranger.  Everyone who met him loved him and he always gave the best hugs in the world. He was a member, known as Doorframe and SOA of a local motorcycle club, and his brothers were a very important part of his life.

He is survived by his loving wife of 22 years, Melissa Ewing; four children, Samantha, Sammy, Simon and Somer; ten grandchildren; sister, Sherri Ewing; two brothers, Derek Ewing “Mandy” and Charles Ewing; one and only brother-in-law, Bubba Pipkin; five nieces and nephews and a host of family and friends who all love him and will miss him dearly. 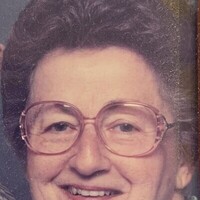 Cecile White Walker 85 of Mabelvale, Arkansas passed away on November 22,2022. She was born on September 16, 1937, to the late Robert Lindsey and Mary Cobb.

She is survived by two sons, Dennis and his wife, Bobbie White and Greg and his wife, Dottie White both of Mabelvale, Arkansas; four grandchildren, six great grandchildren and one sister, Pat Medlin and a host of family and friends who all love her and will miss her dearly. 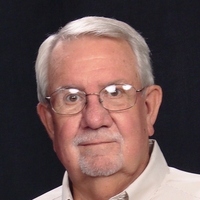 Roy Thomas (RT) (Tom) Elder, Jr. passed away on November 25, 2022.  Tom was born on May 2, 1942 in Nashville, AR.  He was a graduate from Nashville High School in 1961.  He went to Ouachita Baptist University and graduated with a BS degree in Chemistry with a math minor.

He served 2 years on active duty in the US Navy as an Electronic Technician during the Vietnam War and 4 years in the US Navy Reserve.  He married his wife of 50 years, Anne Nowlin Elder.  He worked for Entergy (Arkansas Power and Light) for 32 years.

He was preceded in death by his biological father Roy Thomas Elder Sr. (3 months prior to his birth), his step father, Edward Ramage, his mother Lourie Ramage, his half-brother, Phillip Ramage, and his loving wife Anne Nowlin Elder. He is survived by his son Steve Elder and grandchildren Phen, Bodey, and Sunny Lee of Greenbriar; his daughter Sherry Cagle and grandchildren Logan, Nathan, and Haleigh from Bryant. He is also survived by one Sister, Deb Welch and several cousins, in-laws, nieces and nephews.

We will not be having a funeral service for Tom; instead, we will have a celebration of his life with family and friends at 2:00 pm on December 3rd, at Dial and Dudley Funeral Home in Bryant, Arkansas. A private interment will be on TBD for family only.