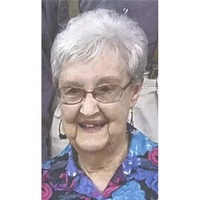 Pauline is survived by her two sons, Tony (Felton) Magby and Terry (Tammy) Magby, all of Benton. Two grandchildren Jennifer (Chris) Scroggins, and Cameron (Jenn) Magby. Five great children, Jenna and Cason Scroggins, and Ella, Annie, and Hadley Magby. One brother Bob Stuckey of Benton and one sister Peggy (Tony) George of Hensley, and sister-in-law, Pat Stuckey of Benton; a special niece, Pam Hall of Benton; along with several nieces and nephews.

Pauline loved her family dearly and always enjoyed family reunions and picnics. Her grandchildren brought her such joy. She was the best “back tickler”.

Services will be Wednesday, September 21, 2022 at 10:00am at Ashby’s with burial to follow at Rosemont Cemetery in Benton. Ministers will Bro. Travis George and Bro Bob Stuckey.

The family will hold a memorial at a later date. 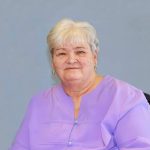 It is with great sadness that the family announce the passing of Carolyn Mae Pettus (Harris), born January 7, 1947. Carolyn went to be with our Lord and her beloved husband of over 50 years Dillard Wayne Pettus on Sunday, September 11, 2022, the day that would have been their 57th wedding anniversary. We take comfort knowing they celebrated together.

She was preceded in death by her parents, JT Harris and Annie “Juanita” Harris (Coburn). Carolyn was Mother to two daughters, Jacqueline Griswood,  husband Lance and Stacey Butts, husband James. Grandmother to her pride and joys; Garrett Parker,  wife Racheal and Korie Pigue, husband Chase. Great-Grandmother to Sutton Parker and she was anxiously awaiting the newest addition coming in February.

Carolyn worked for over 40 years in both local and federal governments retiring in 2015 from the Social Security Administration, Office of Hearings and Appeals.

She was a member of Parkview United Methodist Church in Benton. She loved to travel, often taking trips with family and friends. She also enjoyed reading, collecting antiques and attended almost every baseball, football, and softball game of her beloved grandchildren.

The family would like to thank the staff at The Manor in Bryant, and the healthcare professionals at Hospice of Saline Co. for the loving care of their Mother and Grandmother in the past few years of her declining health.

A Memorial Service celebrating her life is planned for Friday, September 23, 2022 at 10:00 am at Ashby Funeral Home in Benton.

The family invites all relatives and friends to attend.

Ray was a member of West Bauxite Missionary Baptist Church and enjoyed woodworking.  He worked as a truck driver for many years.  He served in the Army during the Vietnam War.

He is survived by his sister, Rita Meredith of Redfield, Arkansas and numerous nieces and nephews.

A memorial service by family will be held at a later date. 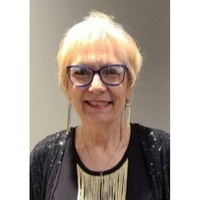 Karen was born February 6, 1955 in Little Rock, AR to Stanley and Juanita Hester.

Karen lived her entire life in Benton, AR surrounded by friends and family which were the greatest loves of her life. She married Ike Carter III, September 23, 1980.

Karen was a Christian and an active member of Spring Creek Missionary Baptist Church where she sang in the choir.  She enjoyed being a homemaker and will be remembered fondly by her family and friends for her many years of delicious home cooking.  After her granddaughter, Jillian Marie Carter started school, Karen became a parapro and enjoyed teaching young children for several years.

Karen will be remembered most by her friends and family for the enduring love she carried for each one of them and for her strong faith in Jesus Christ her Lord and Savior.

Services are being conducted by Ashby Funeral Home, visitation will be held on Wednesday, September 21, 2022 from 5:00-7:30 in the chapel at Ashby’s.  Funeral services will be held at Spring Creek Missionary Baptist Church on Thursday, September 22, 2022 at 2:00pm.  Internment to follow at Sharon Cemetery.

Darlene Faye Johnson, 67, passed away September 15, 2022.  She was born May 29, 1955 in Perryville, Arkansas to Lewis and Civella McGrew.  Darlene was dearly loved by her family and friends and will be missed always.  Arrangements entrusted to Smith-Benton Funeral Home.  Online guestbook:  www.SmithFamilyCares.com. 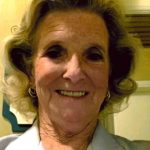 Wilma Jean (Montgomery) Mitchell of Benton, Arkansas went to be with the Lord on Saturday, September 17, at home surrounded by family.  She was born September 11, 1947 in Pine Bluff, Arkansas and was the daughter of the late Lucille Thomas Montgomery and Johnny Mack Montgomery.

Wilma attended school in Pine Bluff, Arkansas where she graduated from Pine Bluff High School in 1966.

She worked the majority of her adult life for Simmons First National Bank and Mortgage until retirement.  After retirement, she enjoyed being a bus monitor for the Civitan Services.

Wilma is survived by children:  Margo (Jackie) Peach of Benton and Michael (Mandi) Mitchell of Benton; siblings:  Elton Mack Montgomery of Graham, Texas, Tom Montgomery of Pine Bluff, Arkansas, and Freda (Don) Council of Little Rock, Arkansas.  Wilma was known as “Nana” to eight grandchildren (seven boys and a precious granddaughter); one great-grandson; and one great-granddaughter (on the way).  She also leaves behind many nieces, nephews, great nieces and nephews, great-great nieces and nephews; furry companion, Smokey Okie Dokie Do; life long best friend of over sixty years, Wanda Iverson; as well as her church family and many friends.

Wilma was a member of Parkview United Methodist Church of Benton, Arkansas where she participated in the Wesley Sunday School Class and the Mary Martha Circle.

Wilma loved to spend time with her family.  She enjoyed gardening in her flower beds and took pride in continuing to mow her own yard.  One of her favorite pastimes is sitting on the porch drinking coffee and watching her hummingbirds buzz around.  She was also a huge Arkansas Razorback football fan.

Memorials may be made to Parkview United Methodist Church. 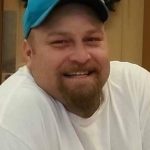 Brian enjoyed being outdoors fishing.  He was an amazing cook and won many awards and ribbons for his delicious smoked BBQ.  Family was most important to Brian and he was so proud of his baby girl, Lacy.  He loved his family and friends with unconditional love.

He leaves behind to cherish his memory his daughter, Lacy (Paul) Rey; mother, Wanda (James ) Taylor; sisters:  Tammy (Dale) Bridges, Tina Taylor, Samantha Carter; brother, Jamie Taylor; and a host of family and friends who will miss him always.

Atlas Matthew Bradshaw Jr., age 74, of Benton, went home to Jesus unexpectedly on Sept. 20, 2022.
Atlas was born on June 27,1948, to Atlas and Lottie Bradshaw in Arkadelphia.
Left to cherish his memory, his loving wife of 53 years, Elsie Bradshaw; one sister, Shirley Childress; children, James (Theresa), Amy (Mark), Robby (Erica), Sherri (Kevin); grandchildren, Brittni, Cody, Paige, Maci and Trinity; great-grandchildren, Landon, Parker and Jasper.
A private memorial will be held at a later date.
Atlas loved his family wholeheartedly, lived life to the fullest every day. He will be greatly missed by those who love him.  Arrangements entrusted to Smith-Benton Funeral Home.  Online guestbook:  www.SmithFamilyCares.com. 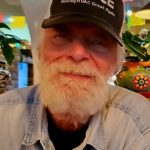 Timothy P. Murray, 80, of Benton, Arkansas passed away peacefully at home on September 17, 2022.
Anyone who knew Tim knew he loved his family, he was the life of the party, kept a smile on everyone’s face, had a beer in his hand and music playing no matter the occasion.
He was an avid sports fan; he loved the St. Louis Cardinals and of course, the Arkansas Razorbacks.
Timothy is preceded in death by his parents and survived by his beloved wife of 58 years, Donna Murray; daughter, Kelly Murray; two sons, Bay and Terry Murray (Leslie); five grandchildren, Chris Shepard (Paige), J.P. Shepard (Britney), Kaleb Murray (Whitney), Nic Murray and Maddox Murray; four great grandchildren, Fox Murray, Jayde, Emmie and Harper Shepard; a brother, Jim Murray and wife, Ann and his nephews and their families.
This family will be accepting guests at the family home on Sunday, September 25th from 3:00p.m to 5:00p.m. 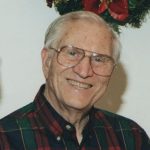 William S. “Bill” Nielsen, 95, of Benton passed away on September 19, 2022, with his family by his side.
William was born in North Little Rock, Arkansas to William and Nettie Nielsen on December 26, 1926. He took pride in serving his county in the US Navy in WWII. After his military career he went on to retire from 3M Corporation as a warehouse manager. William was of the Assembly of God faith and enjoyed reading his bible and speaking about his faith.
William is survived by his wife of 33 years, Dorthy Nielsen; one son, Robert Nielsen (Kathy) of Benton, Ar.; two daughters, Judy Barclay (Larry) of Hot Springs Village and Deborah Buggar (Larry) of Benton, Ar.; three grandchildren, Ethan Buggar, Matt Nielsen, and Bryan Smith. He is preceded in death by his parents, first wife, Dolores Dinsmore Nielsen; brother Fred Nielsen of Little Rock, sister Doris Rose, of North Little Rock, Ar.
Funeral service will be held at Roller- Alcoa Funeral Home (6700 Alcoa Rd. Benton, Ar. 72015) on Friday September 23, 2022, at 2:00P.M. with Reverend David Brewer and Justin Crain officiating. Burial will follow at Pinecrest Cemetery in Alexander, Ar. Visitation will be held at Roller-Alcoa Funeral Home on Thursday, September 22, 2022, from 5:00P.M. to 7:00P.M.