Charles Wayne Bearden, age 77, of Alexander, passed away Friday, June 17, 2022.  He was born January 31, 1945 in Benton, Arkansas to the late Charles Raymond Bearden and Mary Harwell Bearden.  Charles was a Vietnam Army Veteran and retired from Alcoa.  He was of the Baptist faith and attended Sharon Missionary Baptist Church.

Private memorial services will be held by the family at a later date.

Patricia Lee Fureigh, age 73, of Alexander died June 20, 2022 at her home. She was born August 11, 1948 in Little Rock. Patricia was a homemaker and a member of the Church of Christ. She was preceded in death by her parents, Corbett and Hazel James Boswell.

Memorial services will be at a later date. 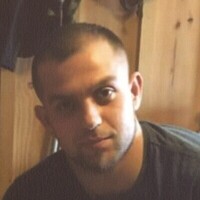 Tanner was preceded in death by his grandparents, Omar and Kathy Blake and Monroe Cheek.

A private Burial will be held for family members only. 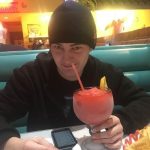 Nathan graduated from Harmony Grove High School.  He loved online gaming with his video friends.  Nathan worked at Arby’s.  He was quiet and shy, yet fiercely loyal to his family.  He worked hard to help his mother with their home and bills. 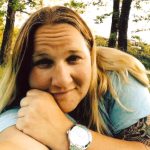 Staci was a graduate on Sheridan High School. She enjoyed singing country music and was extremely fun spirited and outgoing. Staci was the life of the party and never met a stranger. Staci loved her job as an EMS paramedic and Pulaski County deputy coroner death investigator.  She was selfless and had a servant’s heart. Staci loved the beach and enjoyed a cold Michelob Ultra and a shot of Patron. She enjoyed attending military events and was so proud of her children. Staci was known as a “Daddy’s Girl” and GiGi to her grandbabies who she called her “little heartbeats”. 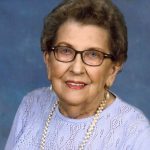 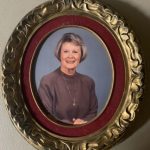 Esther is preceded in death by her husband, Earlroy “Nubbin” Wray who passed in September of 2021; parents, Ruford B Rozelle and Lottie (Rice) Rozelle; and one brother, Delbert Rozelle of Tullahoma, TN.

Graveside service will be held at 10:00 am, Friday, June 24 at Lee Cemetery in Benton, Arkansas. 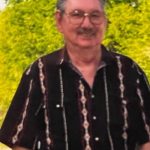 Woody A. Putman of Bauxite, Arkansas passed away on Monday, June 20th, 2022. Born to the late Levy and Susie Putman in Waldron, Arkansas.
He is preceded in death by his parents; brother, Freddy Harld; daughter, Linda Putman and son, Woody Putman Jr.
Woody is survived by his beloved wife, Beulah Putman; daughters, Shirley Miller and Rebecca Coffman; sisters, Rosetta Johnson and Lucile Marchal; brother, Joseph R Putman; six grandchildren, ten great-grandchildren and one great-great grandchild.
Funeral services will be Saturday, June 25th, 2022 at 10:00am at Roller- Alcoa Funeral Home. Visitation will be from 9:00am-10:00am prior to the service. 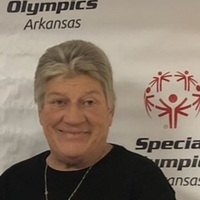 Tanya (Toni) Naugle was born January 7, 1954 in Ponca City, OK to Charles and Sarah Naugle.   And she passed away at home this last Sunday night (Father’s Day), surrounded by family (Bobby, Rene’, and Jennifer).  Her battle with cancer of several kinds was finally over

Her husband Bobby describes her bedrock beliefs as “Southern Manners”.  She still believed in “yes ma’am, no ma’am, thank you, and please”.  And she not only followed these rules, but she instilled them in all her kids.  And she also expected everyone around her to use these same manners.  If you didn’t, she would let you know.

When she was 14 years old, she was watching a Jerry Lewis Telethon and she knew right then that she wanted to work with children with special needs.  She never wanted to do anything else… and she never did anything else.  Her life was dedicated to teaching and loving the precious ones that God gave her over many, many years.

She graduated from El Dorado high school in 1972, and then from Henderson State University in 1976 with her teaching degree (Bachelor of Science in Education).  In college, she was a member of Alpha Sigma Alpha sorority.  And also was a member of the AEA and the NEA.

Naugle served in the 95th training support brigade of the 95th division in the Army Reserve.  She retired in 2014 a Staff Sergeant after 20 years of service.

Robert (Bobby) Self and Toni were married on Good Friday 1985 (April 5).  No matter what day Good Friday fell on, that is when they celebrated their anniversary.  They were married 37 years.  Bobby and Toni met at the bowling alley.  He was immediately drawn to her by her enthusiasm for life.  They played pool, bowled, played pinball, threw darts, played shuffleboard, went to movies, and anything exciting.  They met thru their parents when Toni was a senior in college.  And their parents actually got them involved in Bingo.  Now they were avid bingo players and every week you could find them at a bingo hall.  They would take bus trips to the Indian reservations in Oklahoma and play bingo the entire weekend.

Vacations, even weekend vacations, in the early days were camping and fishing on Lake Ouachita.  They would set everything up and then a storm would blow it all into the lake.  Now you know why they bought a houseboat.  And you talk about memories made at that houseboat.  I think the maximum limit was about 28 people on the boat that slept 6.  Every one of her kids loved going to the lake to fish or swim or kayak or go out on the pontoon boat.  Great memories.

Christmas was always a very important time of year.  She celebrated big time in her school classroom.  Not only decorating the room, but also taking the class to cut down a tree, finding a Santa to visit the class, and buying all of her class kids presents.  Toni and Rene’ even took the kids to Hot Springs mall to buy their parents Christmas presents, and then to Red Lobster for lunch.  They made a day of it.

Her career started at Civitan the first 5 years.  Then she started teaching at Bryant School District in 1980 and retired in 2014 (34 years later).  She has worked at Easter Seals for the last 20 years.  Almost 40 years working with intellectual disabilities.

Naugle was part of the Special Olympics Arkansas family for 46 years.  She started as a volunteer in college and soon became a coach.  Actually, she was Coach of the Year in 2003.  She also received the 40 Years of Heroes Award from Special Olympics Arkansas in 2016.  She finished her career as Area Director from 2014-2022.  Naugle has always taken her time to volunteer.

And not just at Special Olympics Arkansas.  Naugle and Keith loved working rEcess at ISBC (like parent’s night out) with Rene’ and Jennifer.  Also one morning a week at Food Pantry at Sardis Methodist Church, and many parties and events at Odd Fellows Lodge #7.

In between her many volunteer passions, she loved to travel.  She went to Greece to watch one of her students compete in the World Games Special Olympics Arkansas.  She traveled to Ames (IA), Los Angeles (CA), and Princeton (NJ) for national games to support her students.  And she participated as a Bocce partner in Omaha (NE), and as a coach in Seattle (WA) and Orlando (FL).  These were all Special Olympic trips.

Naugle marked some things off her bucket list with her trip to NYC on New Year’s Eve, and a few years later with her trip to Niagara Falls.  These were just 2 of her famous “Girls trips”.  They traveled many places all over the US.  Some of the favorites were Nashville and Gatlinburg and Amish country.  You need to understand that Naugle rarely shared everything that happened on the girl’s trips.  What happens in Vegas…  Just some of her favorite traveling buddies were Rene’, Jennifer, Glenda, Alex, Logan, Olivia, Julie, Keith, Lyndsey, Jimmy and Wesley.  Other famous trips that she went on were cruises with family and friends.  She would pack for weeks for these trips, excited in preparation, never really feeling that 12 pairs of shoes was never enough.

Toni and Bobby loved their Christmases with parents.  But after their parents passed on, they established a new traditions of Christmas casino vacations.  Toni enjoyed introducing Keith and Lloyd to the bright lights and sounds of the casino.

Toni leaves behind her husband Bobby Self, and her many kids; Lloyd, Keith, and her extended family; Mark/Rene’ Prewett, Jennifer/Dusty Edwards, Greg/Marlene Prewett, Michael Prewett, Logan/Olivia/Julie Grantham, Cheyenne Edwards, Ainsley and Presley Prewett (and Chase Prewett who preceded her).  And many, many more people that were dear to her and that had the honor of knowing and loving her.  Especially her vast family in Special Olympics Arkansas and her former students over the years

Bobby wants to give some special thanks to Hospice and specifically mention Kathy Cash, who was wonderful in these final days.

If you are able to come join us, feel free to wear a Special Olympics Arkansas t-shirt and your favorite medal or ribbon.  Visitation will be Sunday, 6/26, from 2:00-4:00.  And the celebration of her life will be Monday, 6/27, at 11:00 am, with Pinecrest graveside to follow.

In lieu of flowers, we would like for everyone to follow Toni’s example and give of your money and of your time to your favorite non-profits.  Some of hers’ and Bobby’s favorites are Special Olympics Arkansas, Sardis Methodist food pantry, Odd Fellows in Benton.

We know that there are so many lives that were impacted by Naugle and we are asking that you share your memories of her here: https://www.kudoboard.com/boards/2ChwCMsL 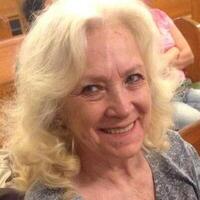 Ginny Hearn entered the gates of heaven Monday, the 20th of June.

After meeting her precious Lord and Savior, we can only imagine that she went to find her husband, Alan. She has waited a long time to see her father, Alva Johnson, and her beautiful mother, Flossie Johnson; her beloved brothers, Charles, A.D, and Carl; and we know she ran to hold her sister, Marie.

She is survived by one sister, Joy Lee of Memphis; her three children, Gina and her husband, Eddie, Kim, and Toby. Let’s not forget to mention those precious grandkids, Travis and Dustin, Kristen and Jeremy, Chelby and Larry, Taylor and Brandon, Jared, Isaac, Marissa, Charlie, and Piper. Ginny also has twelve great grandchildren.

Ginny was saved at a young age and was currently a faithful member of Gospel Light Baptist Church.

The simplest pleasures in life brought Ginny great joy. She enjoyed sewing, quilting, fishing, and hunting. More importantly though, was getting up in the mornings to drink coffee on the front porch with Toby. We all know that he has always been her favorite! 😊