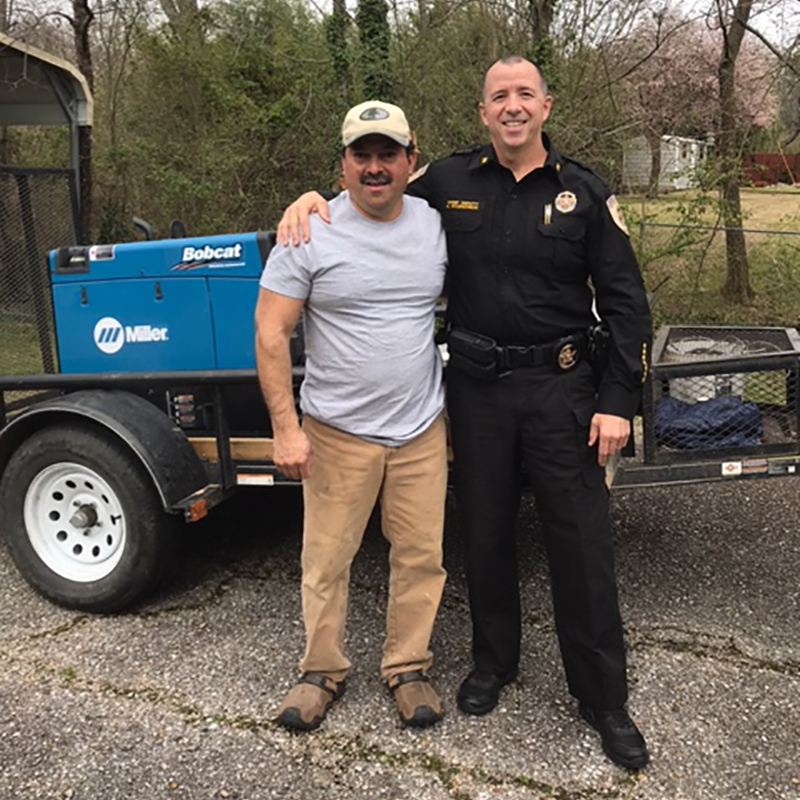 A man ends up getting thousands of dollars of equipment returned, due to a local law enforcement officer’s ability to hold a conversation in Spanish.

Chief Deputy Jay Fitzpatrick of the Saline County Sheriff’s Office (SCSO) was recently at a local gym and had a conversation with a Spanish-speaking resident. The man told him that his welding machine, tools and trailer – worth over $8,000 – has all been stolen in Hot Springs.

Fitzpatrick passed this information along to SCSO Selective Enforcement Unit (SEU) deputies, who were quickly able to trace the stolen equipment to a location in northeastern Texas. Deputies traveled to the location in Texas and were able to identify the equipment as the victim’s and bring it back to Arkansas. The following morning, Fitzpatrick met with the victim and returned the tools and equipment.

SCSO deputies and detectives continue to work with the involved agencies to investigate what is believed to be a much wider theft ring that has led to the recovery of approximately $50,000 of property at this time.