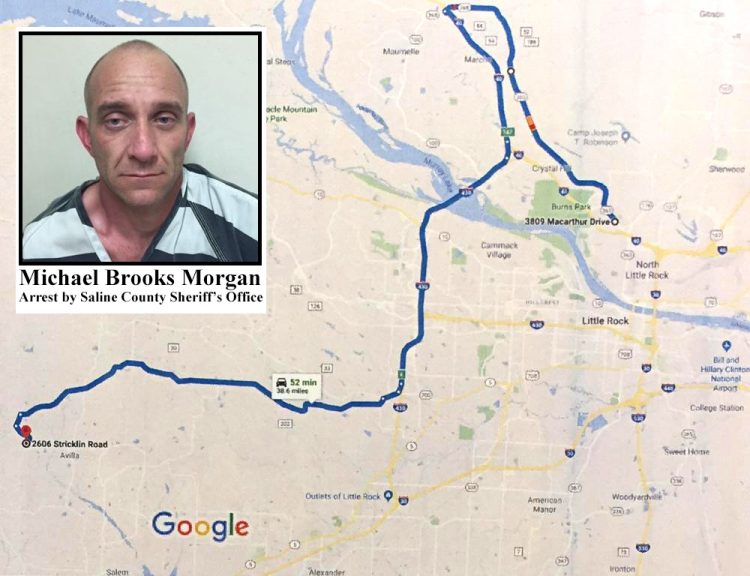 According to the Saline County Sheriff’s Office (SCSO), there was an arrest Wednesday morning after a lengthy pursuit of a man suspected of several burglaries. The SCSO took several reports of burglaries and B&E (breaking and entering) last week in the Avilla area. After investigating, deputies had a description of an older white SUV with body damage, that might be linked to the crimes.

On Wednesday morning, about 9:30 a.m., there was a call to Saline County 911 involving the same type of vehicle, with a subject looking around an outbuilding. An SCSO sergeant attempted to stop the vehicle on W. Avilla Road, but the driver kept going. At this point, a pursuit began that lasted for about 36 minutes and went through Saline County to Pulaski Count and Little Rock to North Little Rock, then back to outside the city limits of Pulaski County. Several agencies assisted the SCSO. 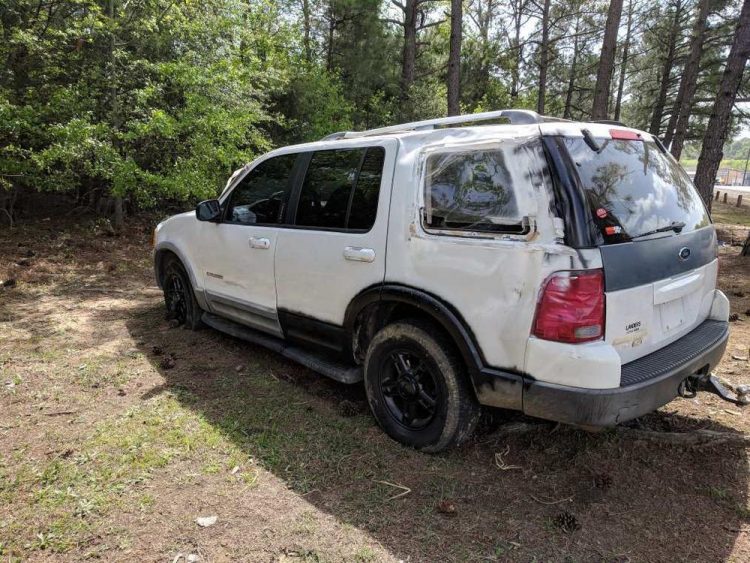 With the help of the Pulaski County Sheriff’s Office, spike strips were placed in the suspect vehicle’s path and it was finally stopped. The SCSO sergeant then chased the subject about 25 yards through a thick briar patch and took him into custody.

The driver, later identified as Michael Brooks Morgan, from the Avilla area, was taken into custody. The sergeant sustained minor cuts and scrapes and both his pants and shirt were ripped.

Morgan was found to have active felony warrants and misdemeanor warrants from two separate jurisdictions. Additionally, Morgan is an absconder. In addition to those charges, Morgan was charged by the SCSO for felony fleeing, numerous traffic violations and felony narcotics violations. Evidence was recovered from inside the white SUV which led directly back to the burglaries and B&Es from last week. Morgan was also charged with theft by receiving. 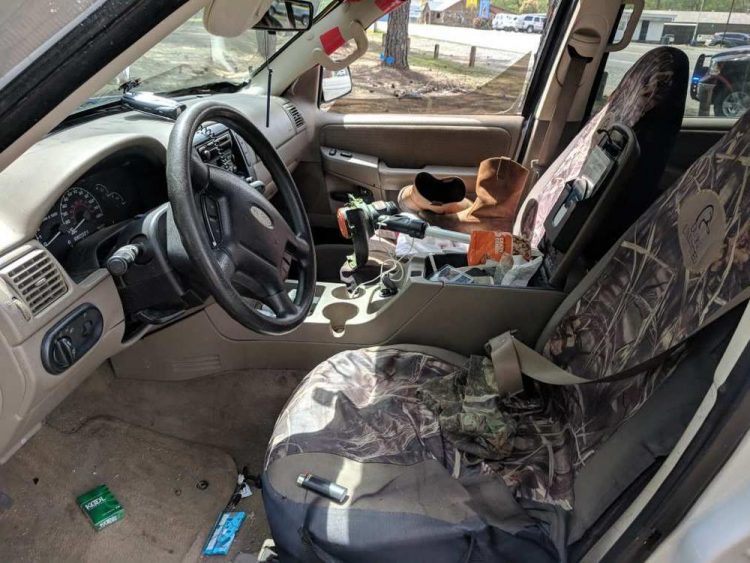 Members of the SCSO’s Criminal Investigation Division (CID) are actively working this case and detectives are confident that additional charges will be filed.

Sheriff Rodney Wright would like to thank the Pulaski County Sheriff’s Office, North Little Rock Police Department, Arkansas State Police and Saline County Office of Emergency Management (dispatchers) for their assistance in this pursuit. Wright also stated that without the community providing information, this apprehension would not have been possible.