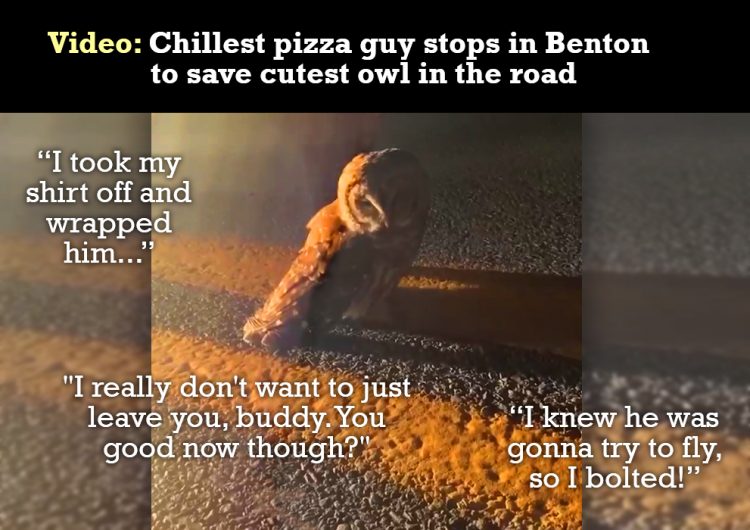 A Saline County man with the most laid back attitude encountered a young owl who obviously had not yet learned to stay out of the street. Mike McGrath of Benton said he was driving near the Saline River on Highway 229 when he spotted the bird.

“I was out delivering pizza last night and coming back from Haskell when I saw him,” said Mike.

Mike posted video (below) of the encounter to his social media. He stopped his vehicle and carefully approached the owl, talking to him in a friendly manner to assess the situation. 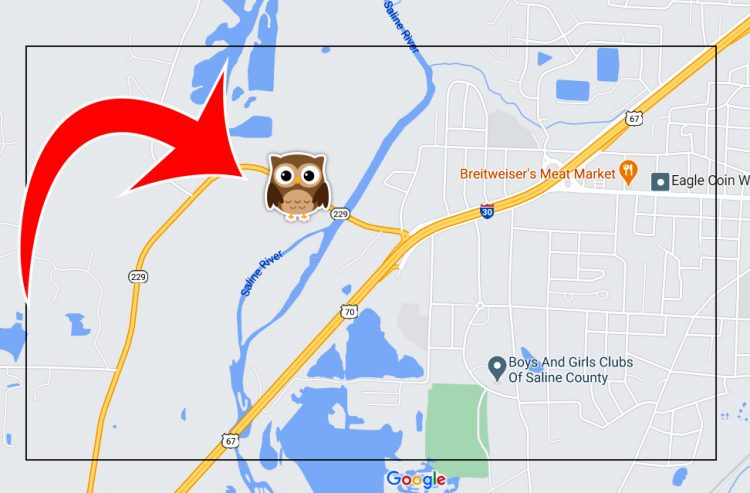 And he did get him out of the road. The camera was off while that happened, so I asked him how he managed to get the owl to move.

“I took my shirt off, and coming from behind, I wrapped him,” Mike said. “When I picked him up, I pushed his wings against his body and carried him to the grass.”

The end clip is the owl sitting in the grass, looking at up at Mike and back at the ground. Mike was still talking him through it.

“I really don’t want to just leave you, buddy. You good now though?”

The owl didn’t seem to have an injury and Mike decided it was time to go. Wild animals are called wild for a reason and Mike didn’t want to get injured either.

Mike said “As soon as I saw him curling up, I knew he was gonna try to fly, so I bolted!”