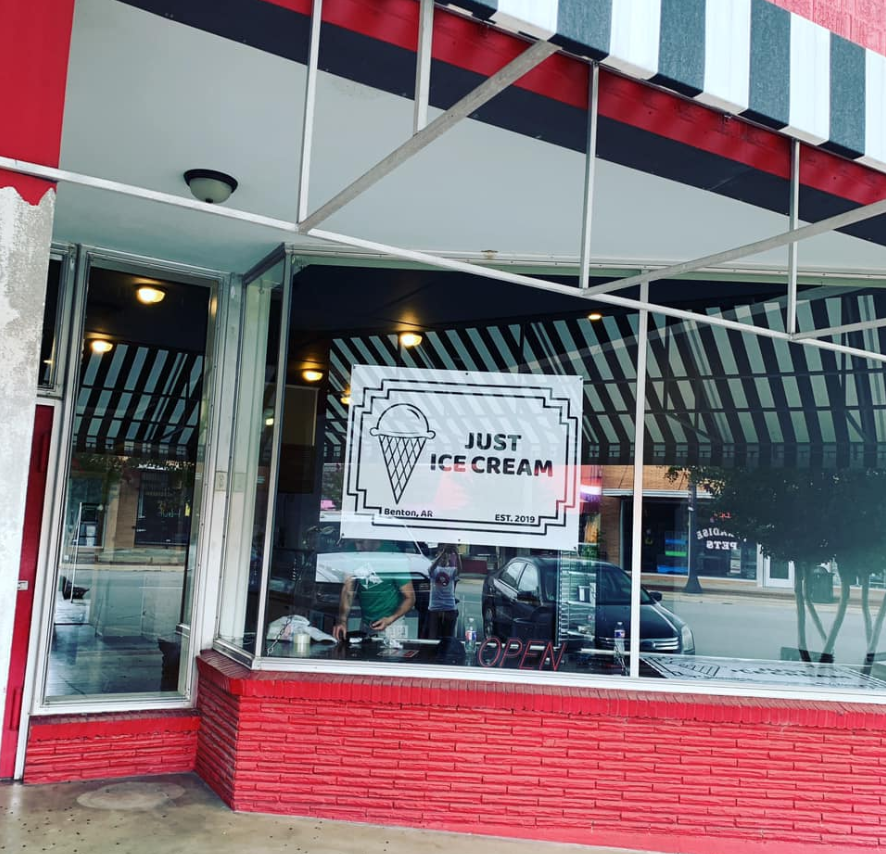 We told you earlier that Just Ice Cream had grown out of their tiny storefront on Main Street and would be moving to a much larger property at 115 N. Market Street. The time has come and they will open for business at the new location at 11 a.m. on Tuesday, August 6th. It’s now indoors with tables and chairs.

It’s also noteworthy to mention that they will continue with their regular menu of various flavors of Loblolly ice cream, along with special treats on special days – like Will’s Cinnamon Rolls on Friday and Saturday. They’ll also continue to provide live music in the evenings and they have also added coffee to their menu. Okay, not fancy coffee with all the flavors and stuff, but it’s coffee from Red Light Roastery out of Hot Springs.

Congrats on your new place, Jon and Tia Wind. 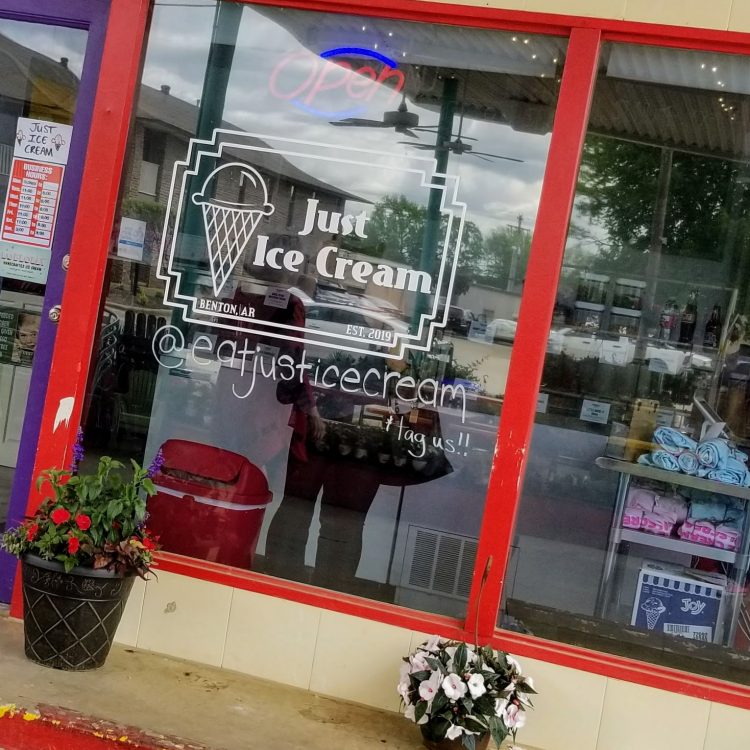 A sweet downtown business is growing out of their small space, so they decided to rent a bigger one. Just Ice Cream has gotten popular quickly. It’s hard to believe they only first opened their doors in April – three months ago – and now they are moving to a space many times larger. 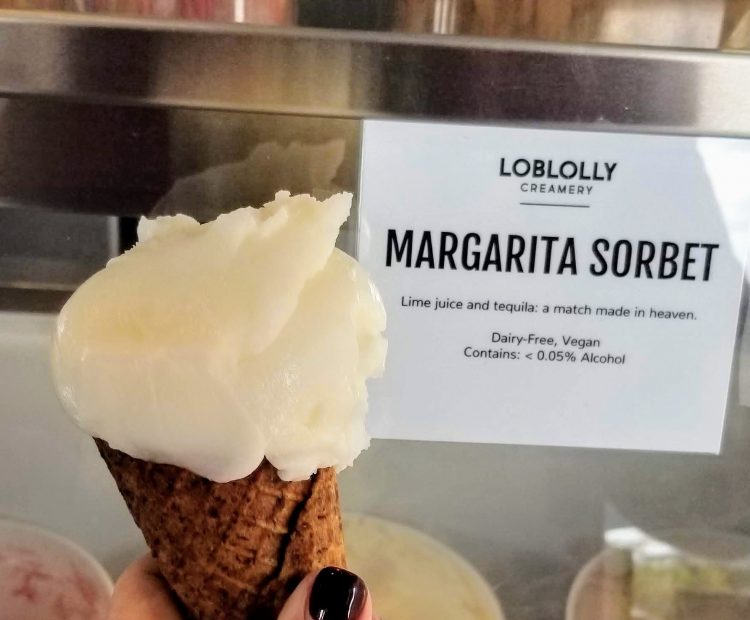 Owners Jon and Tia Wind are as community-minded as they come, bringing Loblolly’s brand of ice cream to Benton, then adding Dale’s Donuts to the morning lineup at one point and more recently, Will’s cinnamon rolls. They have also joined in the planning for Third Thursday events and even supported live music by inviting local musicians to perform on weekend nights at their current location at Main St. Station. 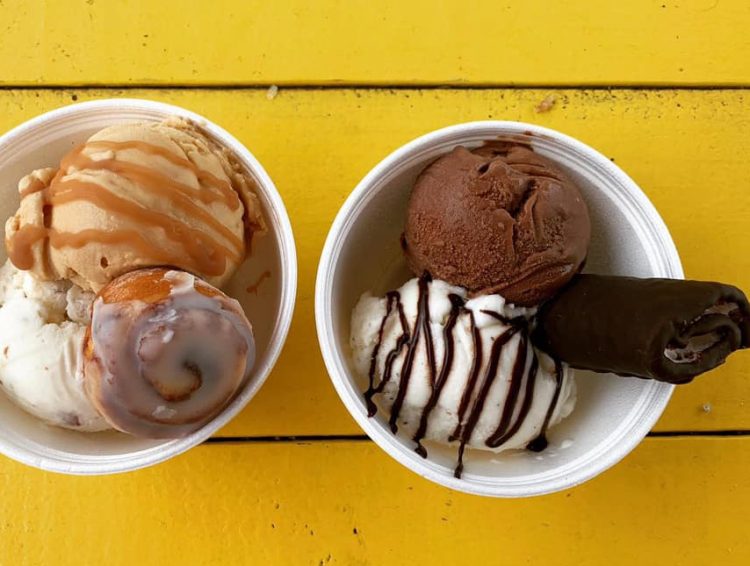 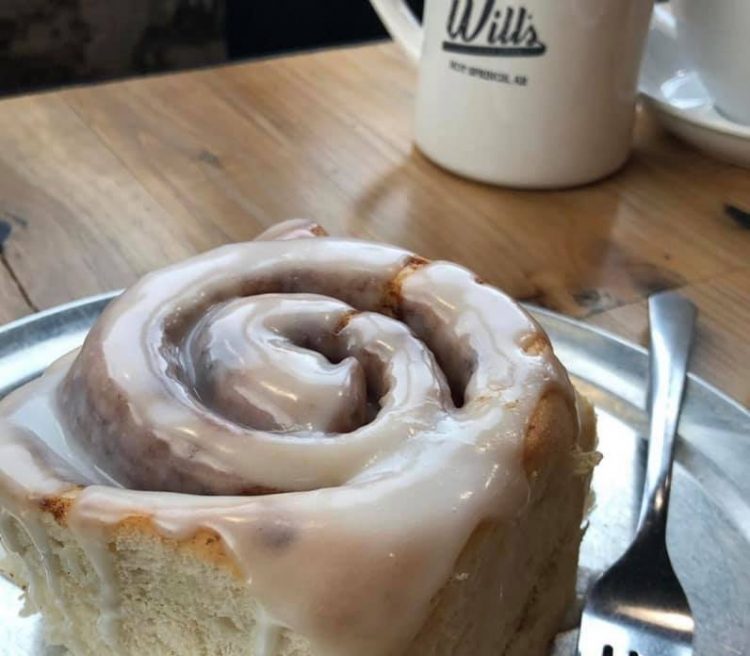 It’s been a long time since anything at all was open past 6 p.m. in downtown Benton, and now there are a few things, including Just Ice Cream, which has been open for 6 days a week until 8 p.m. or sometimes later if there was a line. 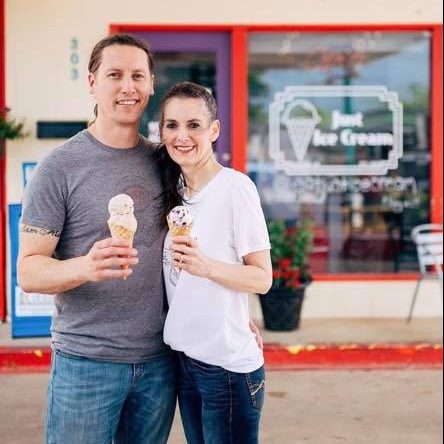 Jon and Tia Wind opened the doors to Just Ice Cream in April 2019, not knowing how quickly they would grow out of the location.

They knew they would need a bigger space, and one recently opened up for them at 115 N. Market Street. This location is the red painted brick that was the previous home to Silver Linings, Twigs, and Leave it to Liz. We’ll post more info soon about exactly when Just Ice Cream is ready to open the doors and what else they have planned. Meanwhile, follow their Facebook or Instagram.