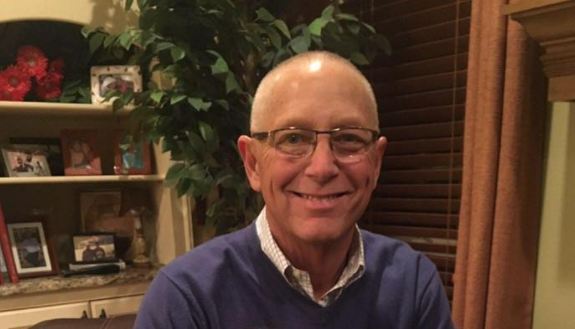 Bryant City Councilman Jerry Henson passed away Tuesday morning, February 6, 2018. He had been in hospice care after a long battle with health issues culminated in a sudden diagnosis of Stage 4 Liver Cancer. Jerry said the doctors gave him two weeks, but he was only here for one.

He was born in Little Rock, but lived in Bryant for over 25 years with his wife Star Henson. They have two children and three grandchildren. He was a member of Indian Springs Baptist Church. Jerry was a Realtor at Old South Realty and was serving his second term on the Bryant City Council.

Jerry was very involved in the Kiwanis Club and the Bryant Boys and Girls Club. KATV Channel 7 aired a feature story about him on January 30th. View that story here: katv.com/community/good-afternoon-ark/bryant-man-has-one-wish-in-his-final-days

He was also featured recently in Saline County Lifestyles magazine as one of our Superheroes of Saline County. See that story here:

The City of Bryant held an awards ceremony at the end of 2017 where Jerry received the first ever Charles Broadway Community Excellence Award. View that story at the following links:

On a personal note, I knew Jerry Henson and spoke with him on several occasions. He was positive and passionate about life. He will be dearly missed by many. -Shelli