According to an article in the Arkansas Democrat-Gazette from Nov 26, 2017, a Federal Judge has ruled that documents be opened concerning the mysterious 1987 deaths of Kevin Ives and Don Henry. Scroll to the end to click and read their article.

There are some things left out of the article that I’ll list here: 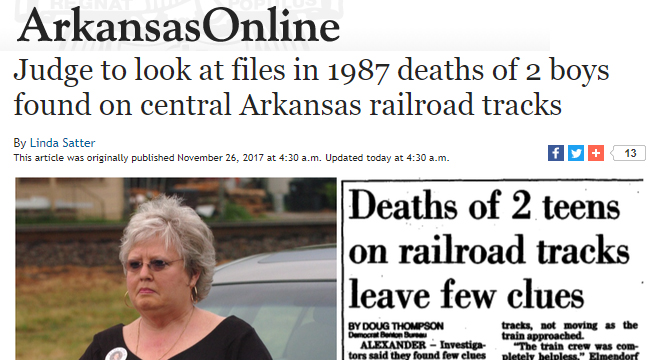