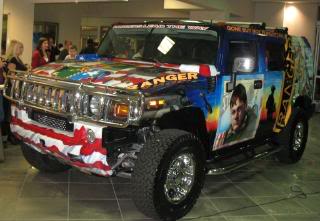 PHOTO GALLERY:
Army Ranger Hummer Ceremony Photos
These are photos from the unveiling of a custom Hummer in memorial to Pfc. Kristofer D. S. Thomas of Roseville, California, who died in a helicopter crash on February 17th, 2007 in southeastern Afghanistan. He was 18 years old. Kristofer was in the 3rd Battalion, 75th Ranger Regiment. His base was in Fort Benning, Georgia. Here are some newspaper obituaries for him. Auburn Journal & Sacramento Bee

Debra Getz, Kristofer’s mother, ordered the Hummer and commissioned Robert Powell of Airbrush Guy & Co. in Benton to do the custom paint. 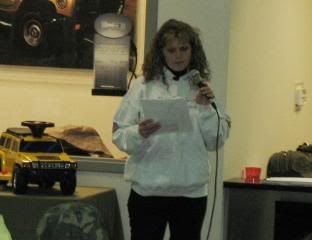 Ms. Getz surveys the Hummer, custom airbrushed
with her son’s image and military story,
as a still silent crowd watches and
National Guardsmen stand in reverence. 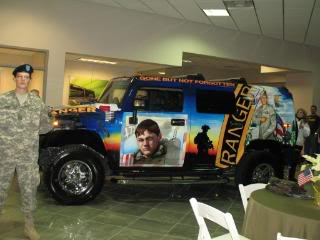 Photographers rush around the Hummer to
capture the moment on film. 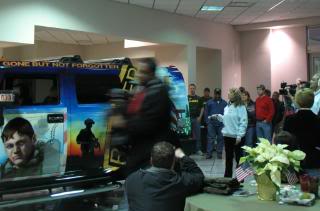 Ms. Getz takes in every detail of the
mobile memorial to her son’s sacrifice. 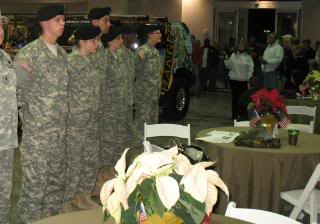 Ms. Getz moves a chair in close so she can
see the roof, which is painted with the Ranger’s shield. 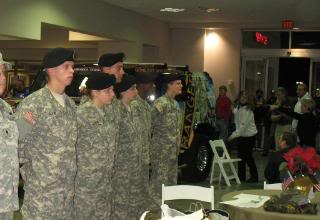 From the opposite side, Ms. Getz sees that
the glass in the sunroof is etched with
details from Kristofer’s short military career. 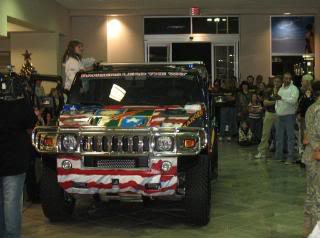 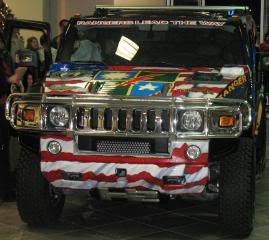 Ms. Getz examines the detail in the faces
of her son Kristofer along next to
others who died in the same crash. 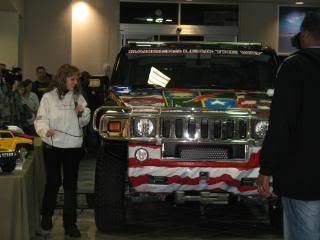 An American flag waves on the front bumper. 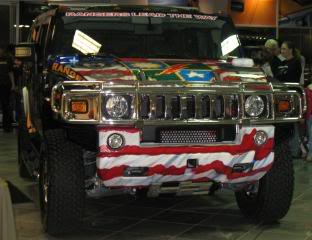 The word “Ranger” is all over this vehicle,
in addition to images of Kristofer. 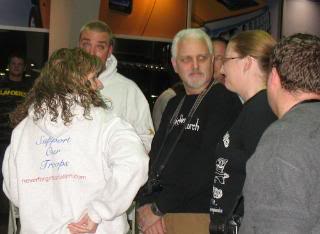 Names of Kristofer and others who died in the crash. 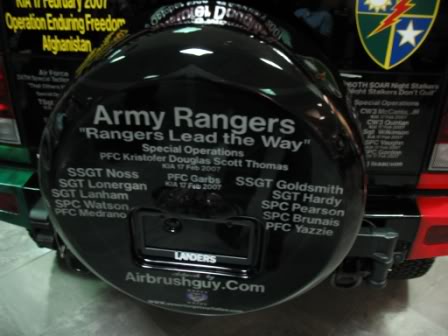 The rear passenger fender depicts the scene
of Kristofer’s mother about to receive
the news from an Army officer. 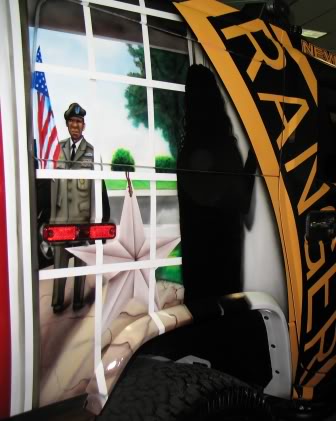 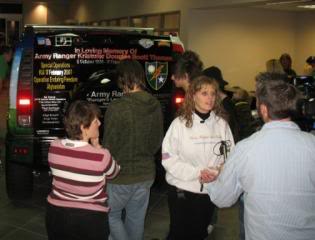 Kristofer’s image with the hands of God behind him. 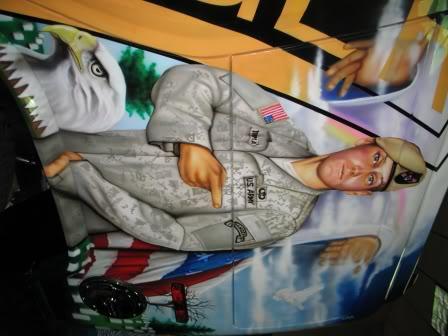 Robert and Victoria Powell are interviewed
by Matt Burks of the Benton Courier. 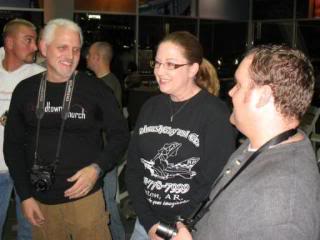 The Ranger shield is prominent on
the hood of the Hummer. 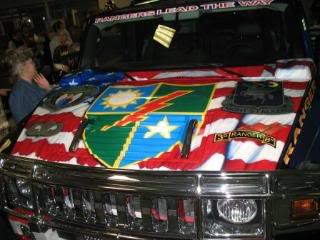 A soldier’s boots, weapon, helmet and tags
cover both sides of the spare wheel cover. 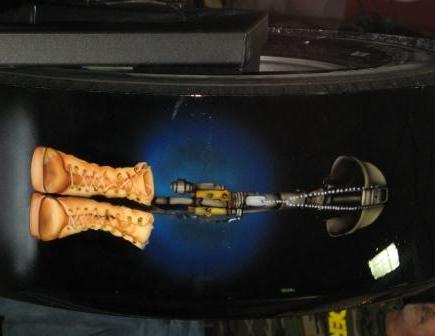 The Ranger shield is visible on the roof,
and likely from air traffic. 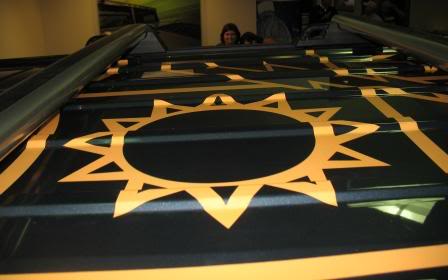 Images of Kristofer and others
who lost their lives that day. 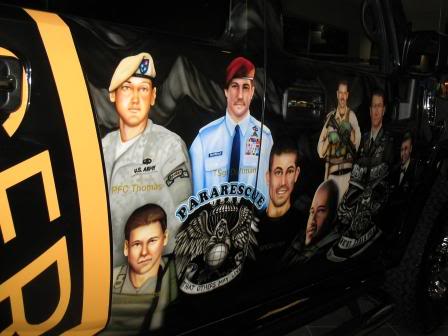 Etching in the glass of the sunroof shows
Kristopher’s details to the interior of the truck. 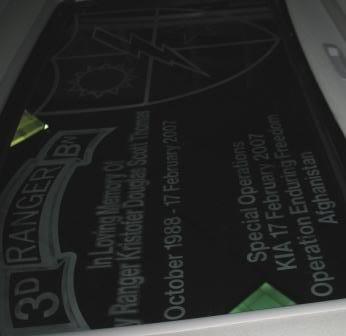 Ms. Getz, her husband, Airbrush Guy & Co. team
and Landers Hummer team pose
for cameras next to the Hummer. 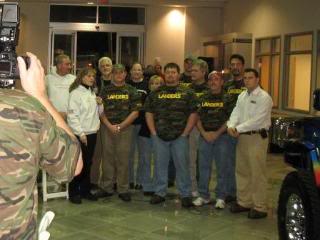