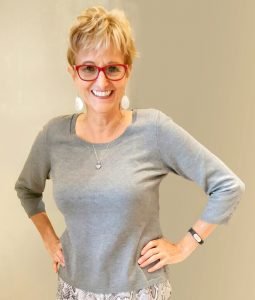 Justice of the Peace Barbara Howell announced that she is seeking her 9th term on the Saline County Quorum Court, representing District 4 in Northeast Saline County which includes 137 square miles.

“I have enjoyed serving the people and working with them,” stated Howell.

In 2008, Mrs. Howell was active in obtaining a new bridge over Caney Creek. She said that the old bridge flooded many times and left the people at Lake Norrell stranded during high water.

She worked on many other projects in the Lake Norrell Area, including working with Salem Water Users to help the people of Lake Norrell to get city water in 2007. She has been a board member of the Lake Norrell Area Association for 19 years. She served as President for 12 of those years and now serves as Vice-President.

She became the Fundraising Chairman for the Avilla Community Center and continued raising money with the Famous Pie & Cake Auction for upkeep of the 112-year old building.

Howell was honored in 2012 at Lake Norrell with the first Lifetime Achievement Award for her many years of volunteerism. She was also honored as one of Saline County’s Extraordinary People at a banquet by the Saline Courier in 2012. She was given special recognition by the Avilla Extension Homemakers as the Lifetime Fundraising Chairman.

“I love helping people and working with the Quorum Court,” stated Howell.

Her granddaughter Kathryn-Ann lives with her. Barbara Howell is a member of New Life Baptist Church and a member of the Lake Norrell Ladies Bible Study. She can be reached at 501-681-7577.