The shooting suspect,  John E. Grable, has been apprehended. He was located in Pulaski County at Vista Park by Lake Maumelle. Pulaski County SWAT negotiated with him, trying to get him to come away peacefully but he refused for hours to exit his vehicle. He is now in custody of Saline County Sheriff’s Office at the hospital. The injuries he sustained are from something that happened prior to negotiations with law enforcement.

Watch MySaline for more information will be released as it becomes available, including the impending charges. See previous article below. 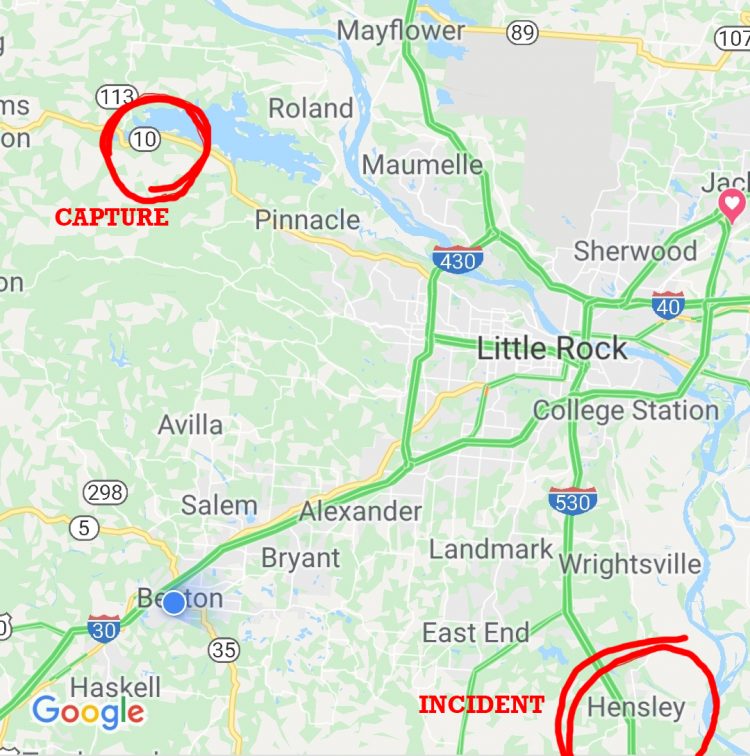 The Saline County Sheriff’s Office (SCSO) is actively looking for a suspect in a shooting that occurred in the 6500 block of E. Sardis Rd. in Hensley early Saturday morning. Detectives are trying to locate John E. Grable in connection to the shooting, which injured several individuals at approximately 1:00 a.m. Grable is a white male, approximately 6 feet tall and 205 pounds. He has short brown hair and brown eyes.

The incident is believed to be related to a domestic disturbance. At this time, the victims are in varying conditions in area hospitals.

Detectives ask that anyone with information about this incident or Mr. Grable’s whereabouts please call the Saline County Sheriff’s Office at 501-303-5647 or 911. Information may be left anonymously. Watch MySaline for more information will be released as it becomes available.