Sweet Tea was open and full with customers at 6pm on December 2nd, 2015. Picture below:

It’s been six months in business and Grampa’s Southern Catfish is now gone. It’s been a difficult spot for businesses to flourish. It’s on the east/right side of the shopping center that also houses Whole Hog Cafe and Casa Mexicana. 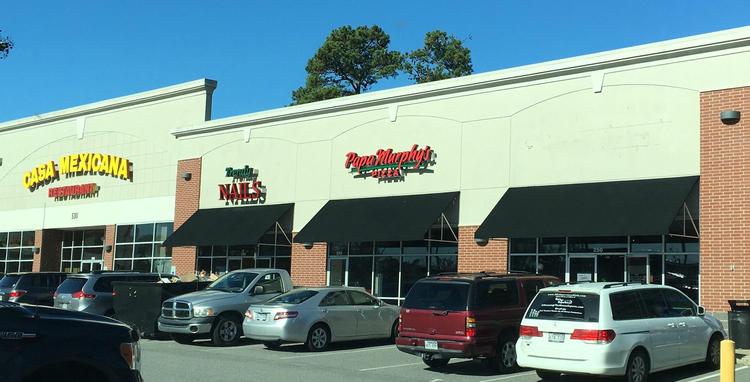 It is worth mentioning that there’s already a new tenant. According to Cindy Outlaw, Sweet Tea Southern Cuisine will open on Tuesday, November 17th in that location – if they get a passing grade from the Health Department. Cindy is the one who ran Sweet Tea Cafe. That restaurant used to reside (2013-ish) where Desi Den, the Indian restaurant is now, on (looks up name of street) Office Park Drive, across from Subway & Shipley’s. (I don’t like the name of that street, can we change it?) Cindy won’t be the owner of this restaurant, but is teaching the business to some partners, Ray Patel, Andy Patel (not related) and Charlie Khan. 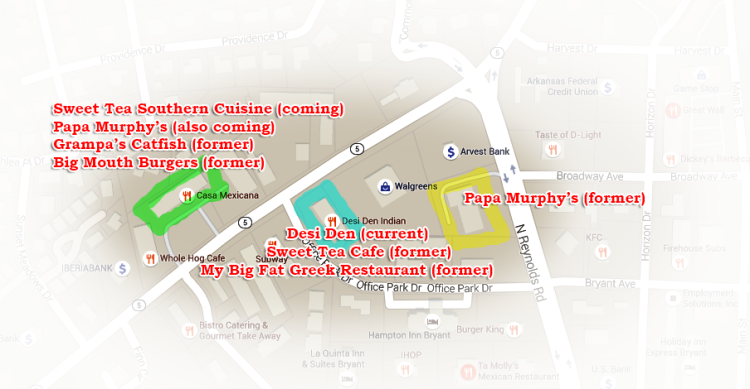 The original location had difficulty with keeping a tenant too, with different eateries trying and failing. Sweet Tea Cafe was doing great business there. And now Desi Den is also. Sweet Tea originally closed, because Cindy had a health issue. I, personally, was saddened to hear about it because Cindy is a great lady and she and [her sister I think] were making great food and had great service and prices as well. Oh man, the chicken fried steak (said with stars in my eyes). If these new owners are going to run the place the same way Cindy did, it has a real shot at staying!

I know you’re looking at the picture and seeing something extra in there. Sweet Tea will be to the right of Papa Murphy’s.

You might remember Papa Murphy’s, a pizza chain that gave it a go on the north end of Reynold’s Road about 5 years ago. These guys make your pizza but they don’t cook it. Say what? Their idea is for you to choose from a buffet of ingredients and employees gather it all on your pie and then wrap it so you can bake it fresh at home. I guess that’s cafeteria style, not buffet style. I liked their pizza and prices then, but that too was not a good location for food – next to AutoZone/Arvest on a hill and the parking lots don’t connect. Papa Murphy’s isn’t open yet, but there’s a big dumpster out front, so I guess they’re building a counter and kitchen. Lots of yummy things in the works. Thanks, population boom! Thanks excellent schools!

Story credit goes to Thelma Poole, for doing some legwork. Here’s the note she sent me in an email, and the photo at top plus two more below are hers:

“Ray, Andy and Charlie are owners. Cindy is the lady who ran sweet tea before. Her medical issues are better and she will have backup instead of going it alone. Open Tues if food inspectors sign off today. Next door to Papa Murphy’s.:” 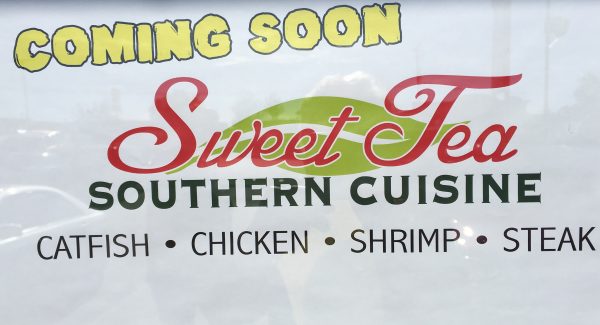 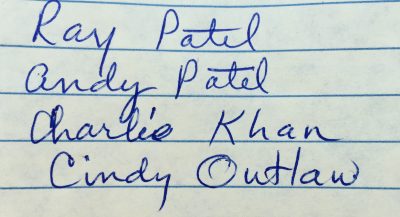 Below is a screenshot from Grampa’s, from when MySaline posted that they were getting ready to open. You could still see the former restaurant sign from Big Mouth Burgers. 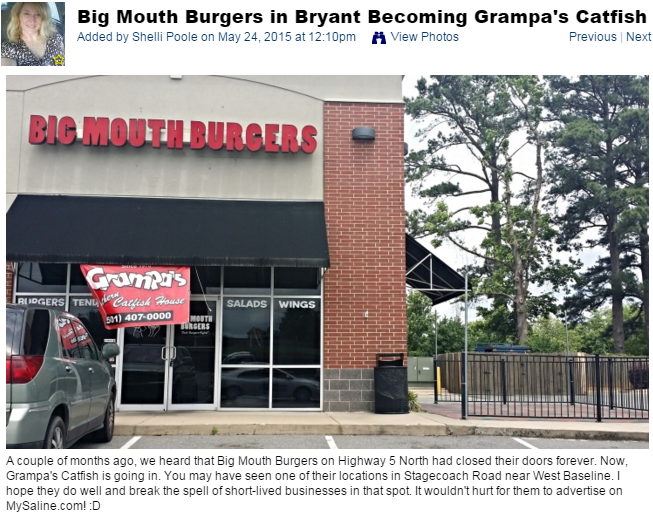 Below is a screenshot from a Facebook post by Rae Ann Fields, Director of the Bryant Chamber of Commerce, who was dining at Grampa’s on opening day.