Here are some Key Notes, Statistics, and Video for Arkansas Governor Asa Hutchinson’s news update on the COVID-19 pandemic. 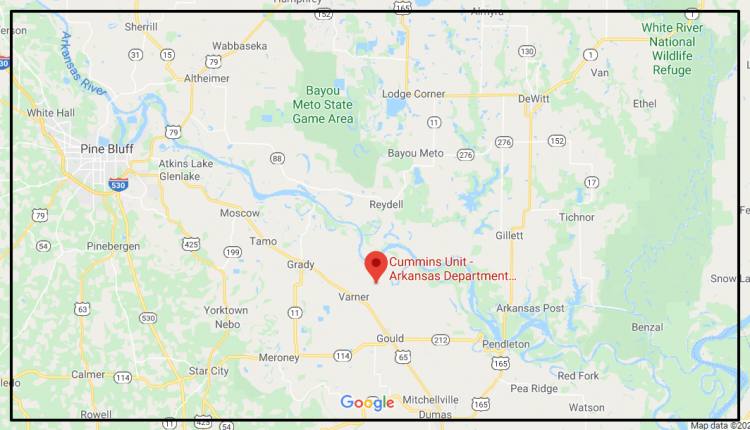 The Governor stated that Secretary Kelly and Director Payne have been working closely with the Arkansas Department of Health  and tested almost 1,400 inmates at Cummins state prison. using the AEL labs in Memphis, 634 test results have been returned so far, and 348 of the results returned are positive. They are waiting on the rest of the results.

“The number that we will have coming out of Cummins dwarfs what we’re having statewide,” stated the Governor. he also said that once inmates have been tested, they are separated into different barracks. There are currently 8 barracks for positive cases, and seven barracks for those who tested negative. “Almost all are asymptomatic – only three have been hospitalized.”

Hutchinson stated that he has been looking at whether compassionate release might be an option for some inmates. “these inmates are there for a reason. There’s public health concerns but there’s also public safety concerns.”

He stated that the parole board has taken action over the last couple of weeks, looking at the larger prison population. He used the example that 271 certain inmates have been released from the state’s county jails. One inmate has been released who is over 70 and has health conditions. Those in maximum-security aren’t being considered for release. However, the Governor has asked for a review of all offenders that meet the following criteria:

The Governor said 1,990 inmates fit that criteria. He said it’s important to make space so the inmates can be separated.

At Cummins State prison, there are currently 348 inmates and 6 staff members with a positive test result. 16 staff members have been tested and most were tested by their own physician, according to Director Payne.

Payne reiterated that nearly 1,400 Cummins inmates have been tested. There are others housed outside the main area and they won’t be tested unless there is evidence of symptoms, according to Payne.

He stated that the prisons are also reviewing their inmate roster for those with chronicle illness, and some of those may possibly be released. “if we do have an inmate who is positive and he is approved for parole or discharge, we will not be releasing that person with that positive test.” He continued, “So those that have discharged, we will probably be holding up to 3 days past their discharge date if they tested positive for COVID-19.”

Also, the parole board is going to review the inmates that have one year denials and check their program sanctions to see if there’s anything they can do to help with that population.

In response to a reporter’s question, director of pain stated that the staff in the covid-19 barracks are the emergency response team and they have special equipment and are trained for the situation.

Dr. Smith said that the death of the healthcare worker was from Jefferson Regional Medical Center, and it was part of the first cluster of cases we knew about in Arkansas. The person was under the age of 65.

The link for the United States is:
https://www.cdc.gov/coronavirus/2019-ncov/cases-updates/cases-in-us.html