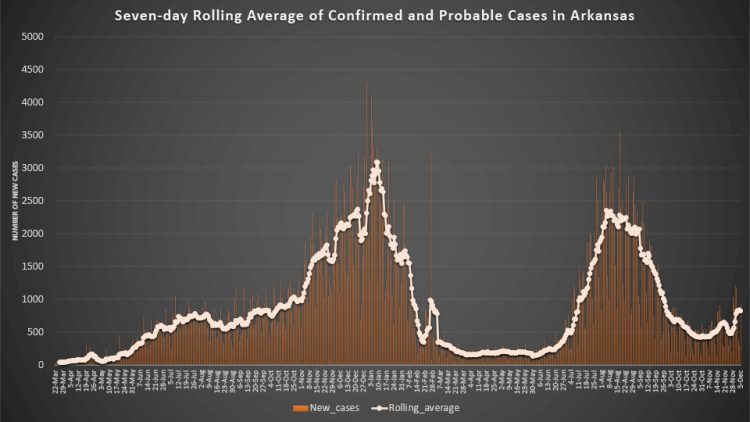 Governor Hutchinson started the weekly briefing by thanking the members of the Arkansas General Assembly for coming into Little Rock to cut the taxes of the Arkansas people again. He said that he wanted to remind the legislature that the priority of the call was to build on the legacy of income tax cuts over the last seven years.

According to a statement from the Governor’s office, the proposed tax cuts will be the largest state income tax reduction in the history of Arkansas at nearly $500 million. Governor Hutchinson said that all Arkansas taxpayers will benefit from this proposal.

He stated that the last few tax cuts demonstrate that the state has the ability to provide considerable tax cuts while continuing to fully fund essential programs and services.

“This will increase our competitiveness as a state in attracting industry and talent to Arkansas,” said Governor Hutchinson.

A law enforcement tax credit was proposed ahead of the Special Session.

The Governor said in his briefing that he spoke with both Sheriff Marty Boyd of the Sheriff’s Association and Chief Gary Sipes of the Association of Chiefs of Police.  He said that they both agreed that a tax credit does not increase the salaries of law enforcement officers.

“We should worry about their low pay, but the answer is to increase the salaries,” Governor Hutchinson said.

He went on to say that it would be hard to give a tax credit to law enforcement and not include all of our other first responders.

He said that the state does have a responsibility for the Arkansas State Police, and he expects that there will be an effort sometime in the future to work towards increasing law enforcement pay.

“I have directed Secretary Jami Cook to work on a plan to increase Arkansas State Police salaries and see what ways we can encourage local governments to raise the salaries of the local law enforcement because that is the responsibility they have.”

He notes that he was pleased that the focus on the first day of the Special Session was on the tax cuts and said he hopes that will continue for the rest of the session.

Governor Hutchinson announced the new COVID-19 numbers for Tuesday with active cases increasing by 249 and another 24 COVID-19 deaths were added.

He noted that the state’s cases have continued to rise, with active cases at 1,700 more than this time last week. Vaccinations have increased over the last week, with 17,000 new vaccinations in the last 24 hours.

“Booster doses are important for increasing immunity, so as cases continue to increase, we are seeing more breakthrough cases in vaccinated individuals who have not received a booster dose.” Governor Hutchinson said.

The Secretary of Health at the Arkansas Department of Health Dr. Jose Romero spoke about encouraging getting the booster shot. He encouraged those 65 and older to get their booster shot if they haven’t yet, and he also encouraged getting children 5-11 vaccinated. He noted Arkansas is 5-6% behind the national average on this age group.

See below for all the other images from the news conference. 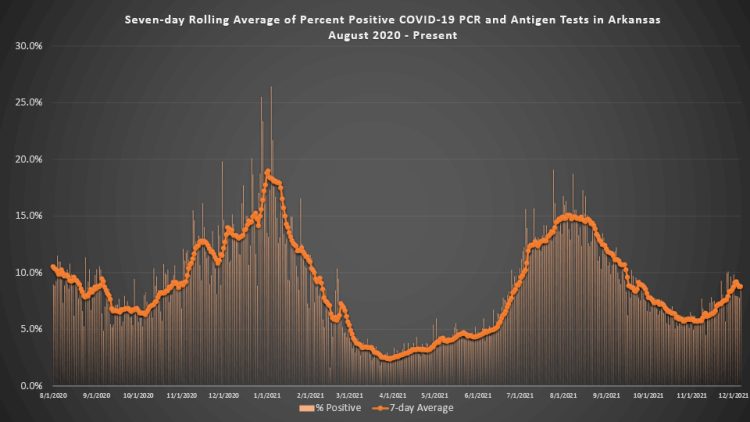 7-day rolling average for of percent positive Covid-19 PCR and antigen tests in Arkansas, from August 2020 to December 2021. 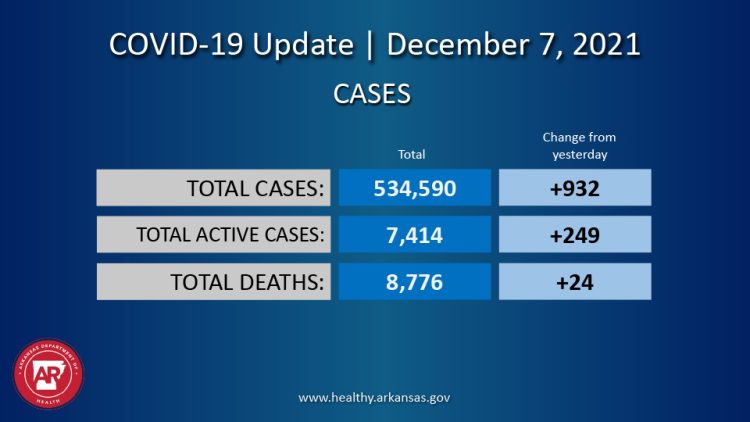 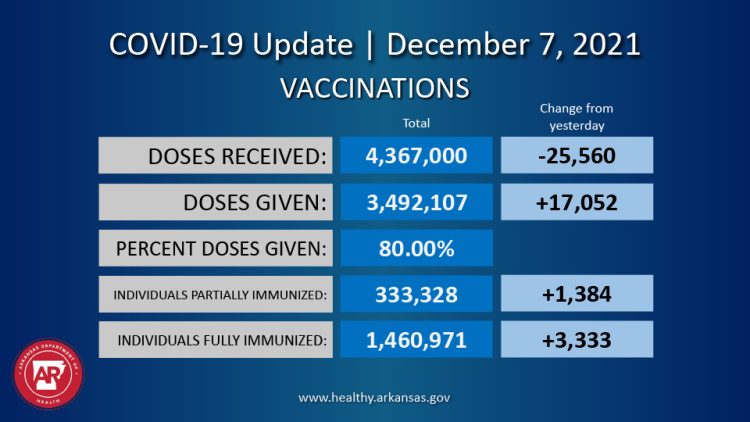 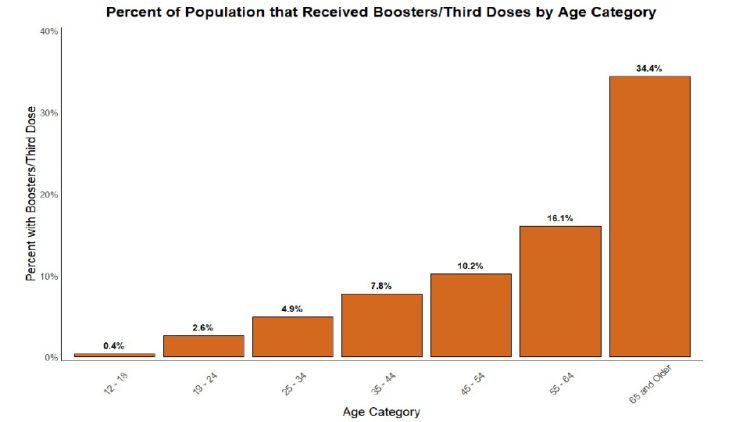 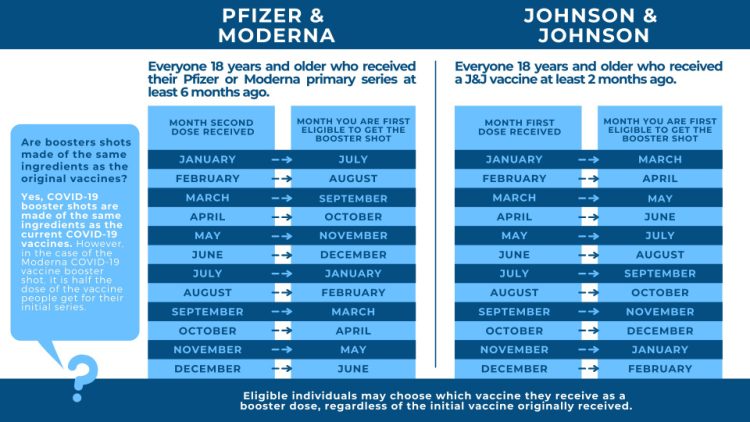 Eligible individuals may choose which vaccine they receive as a booster dose, regardless of the initial vaccine originally received. 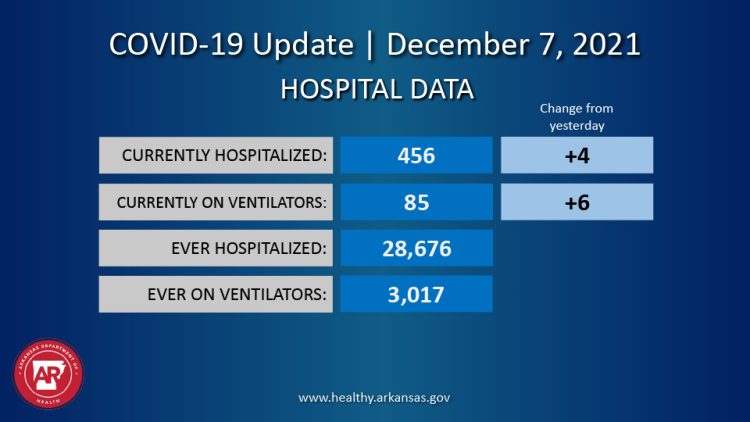 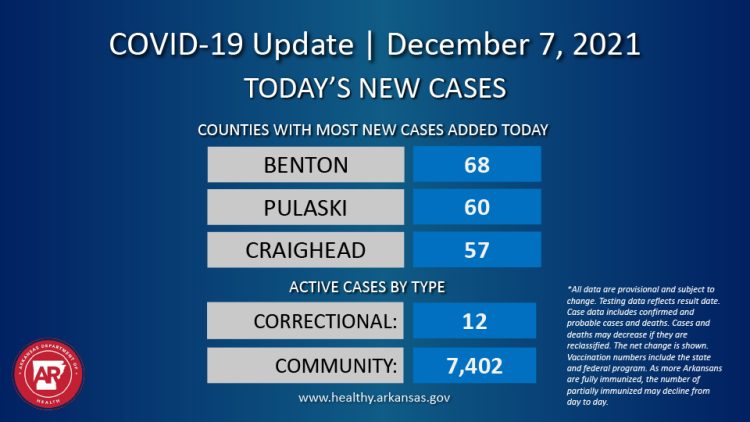 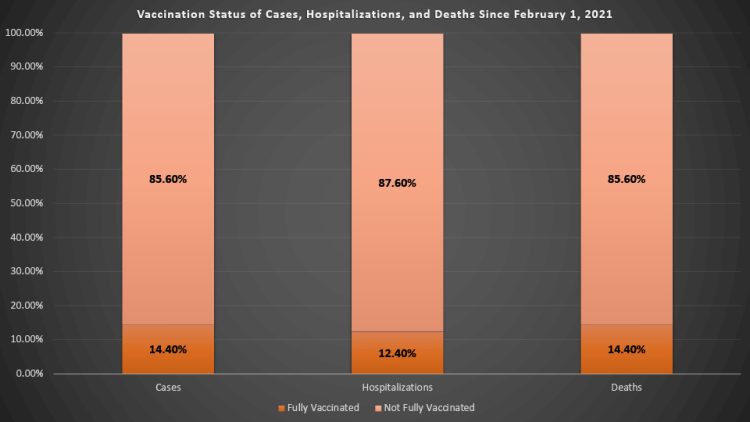 Vaccination status of cases, hospitalizations, and deaths since February 1, 2021.