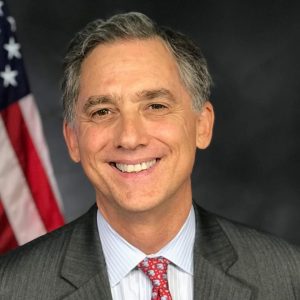 By now, many of you have heard and read of the tragic and disturbing attack that took place at the U.S. Capitol on Wednesday. You have viewed the horrifying video and photographic images. I am deeply saddened and outraged by the actions of those involved in this uncivil and devastating act.

I condemn the rioters’ destruction, mayhem, and malice towards the peaceful conduct of the business of democracy in the People’s House. We are a nation of law and order, and it was disgraceful that the safety and security of citizens and the historic structure that houses the first branch of government were needlessly put at risk.

Make no mistake that the Founding Fathers foresaw an event like this that occured on Wednesday. They anticipated the unrest that follows when the legislative branch holds too much power in determining who serves as the president and vice president of our country.

The dissemination of the misleading perception, by the president and others, that Congress somehow could overturn an election was reckless. This view does not align with the U.S. Constitution. The framers of the Constitution carefully debated and designed our system whereby the president would be elected under rules determined by the individual states and with electors selected in the states. This diffusion of power in separating Washington from the selection of the president was set to prevent the boiling over of passion and heat that we watched unfold on January 6th. Faithful to the U.S. Constitution, which I took an oath to uphold, I voted to uphold the results of the Electoral College, which were certified by the individual states on December 14, 2020. Please see my statement from the morning of January 6th HERE.

I have listened carefully to central Arkansans and their concerns about election security, and I can assure you that election integrity is one of my top priorities for the 117th Congress. I support the idea of a federal commission to review the November 2020 election, assess procedures and any irregularities, and make recommendations to the states for any needed reform. As I have said on CNBC, Fox Business, and local television, we must have faith in our government; we must have faith in our election results. Elections are the cornerstone of our democracy, and if we wish to preserve our democracy, we must ensure that all our citizens have confidence in our electoral process.

For generations, the United States of America has witnessed a peaceful transition of power on Inauguration Day; it’s a hallmark of our society and our nation and a day that sets us apart from oppressive and unstable nation states. As we move toward the executive transition at noon on January 20th, I am preparing my work with the new 117th Congress and the incoming administration to expand opportunity for all of our families, bolster our national security, and provide American leadership on the global stage. These goals reflect the values of the hardworking women and men of central Arkansans who sent me to Washington – this is especially important as we work to rapidly distribute the vaccines, defeat the menacing coronavirus, and restore our economy and prosperity. Thank you for the many expressions of support and concern that I received from folks across Arkansas and the nation. Please keep our country in your prayers.