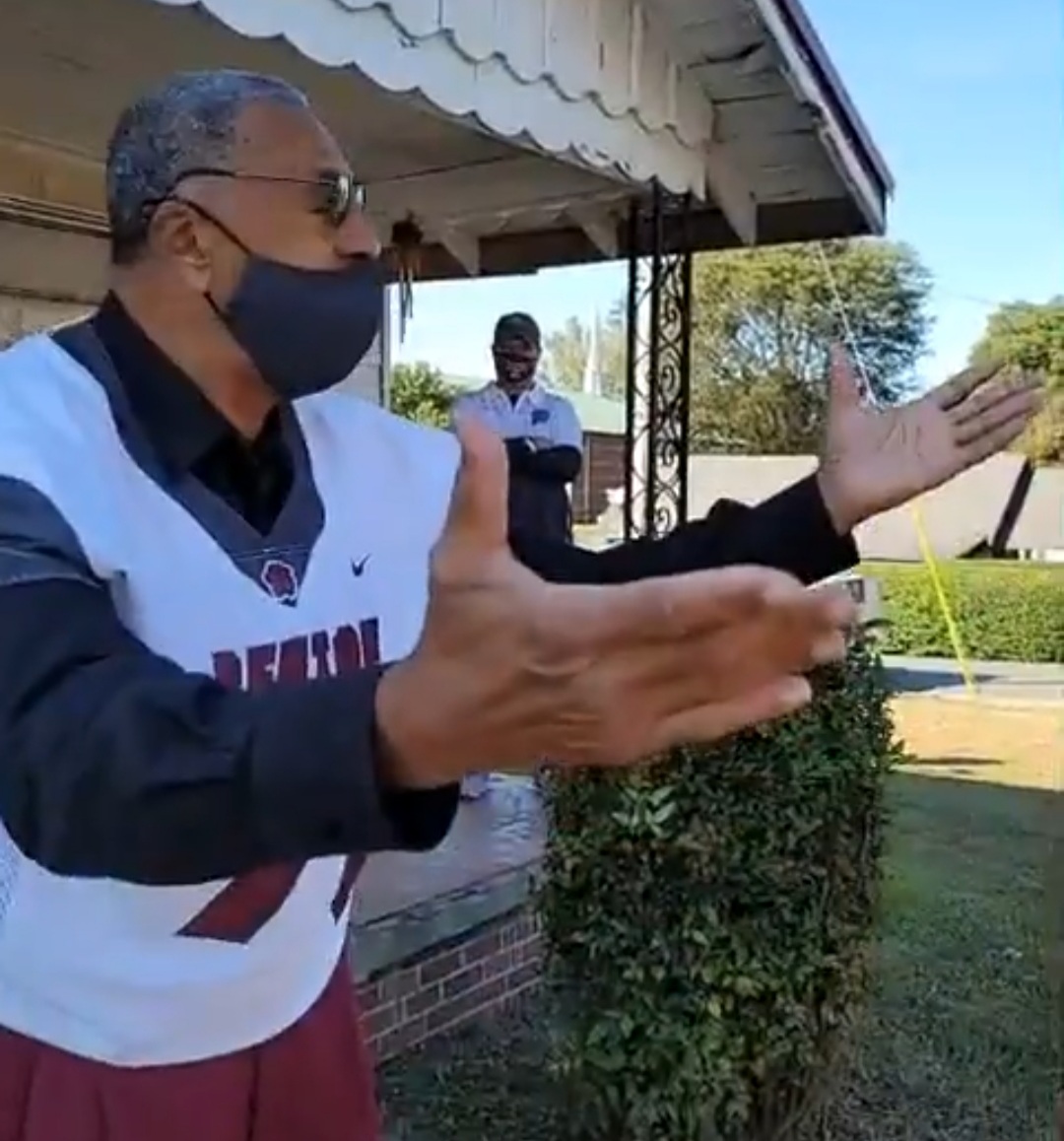 Freddie waves and talks to friends passing by in the parade. See video below.

The public was invited to join in a parade on Friday, October 16th for Freddie Rhinehart, a Benton man who is a huge fan for the Benton Panthers. Freddie normally goes to every game, but this year, because of the pandemic, he has been unable to go to the football games.

Luke and Dara Moody, who own Burger Shack in historic downtown Benton, normally see Freddie quite a bit at their restaurant but they were missing him and knew he would also be missing friends at the homecoming game on Friday night, so they decided to ask locals to line up in a parade to go by Freddie’s house. 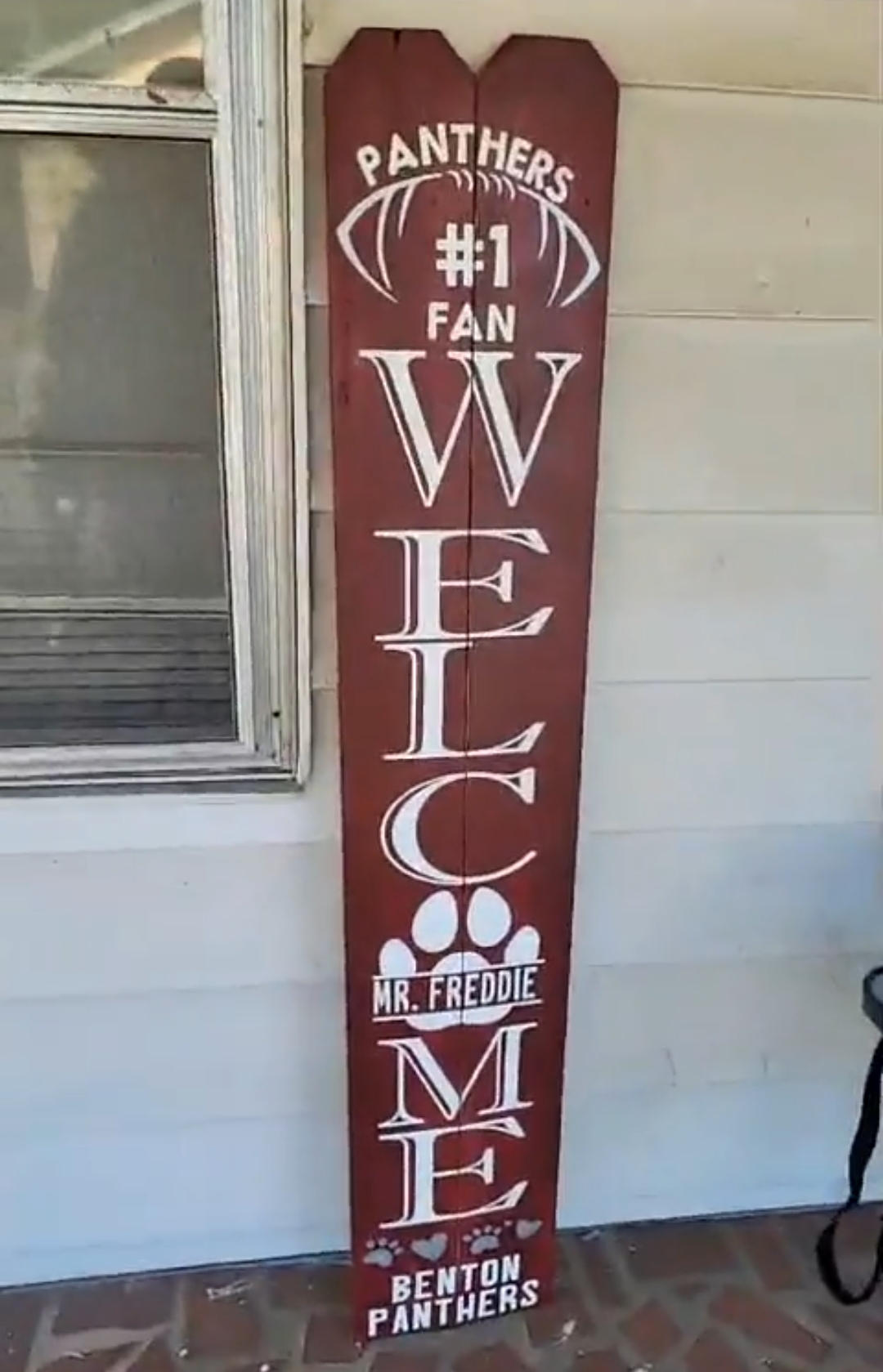 Freddie and his family and neighbors stood watching, Freddie on his front porch, proudly wearing his official Benton Panthers football jersey as a procession of friends in vehicles drove by honking and waving, and one car was even playing his favorite artist, Bruno Mars. Fire trucks and police cars came along, with the sirens going off for Freddie.

In the video,  I asked Freddie if he wanted to give any advice to the Panthers for their homecoming game.

“Tell them to win the game tonight.” he said. “Stay with it and win the ball game.”

And they did win. The Panthers went on to beat the Mountain Home Bombers, 35-7. Congrats!