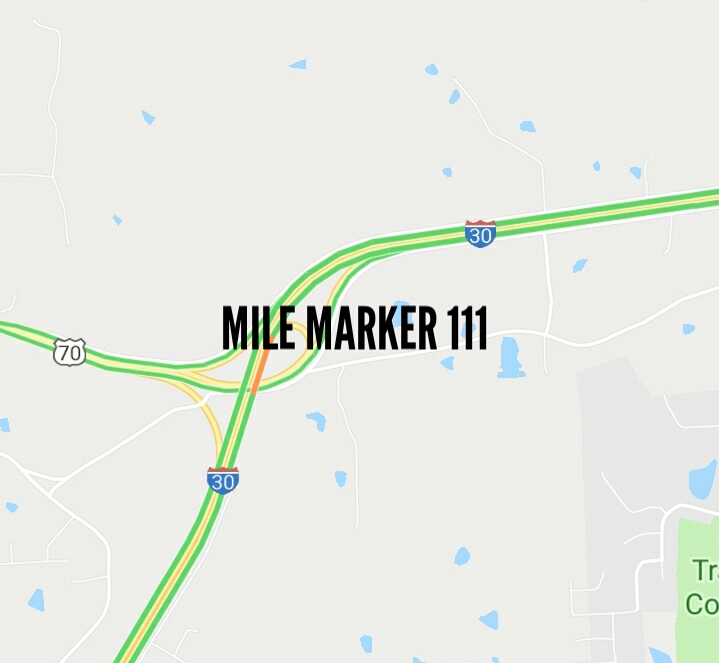 UPDATE 120318, 939AM:
According to Arkansas State Police, an initial statement from the driver of a charter bus that crashed earlier today indicates she lost control of the vehicle causing it to roll off Interstate 30 west of Benton (Arkansas) about 2:40 AM.  The bus was owned by Scott Shuttle Service of Somerville, Tennessee.
One child is dead and at least 45 other individuals (updated from release of 5:47 AM), most of them children, are reported to be injured, as the result of the crash.  Most of the injured have been taken to Arkansas Children’s Hospital in Little Rock.  The other injured are being treated at hospitals in Saline and Pulaski Counties.
The bus was transporting a youth all-star football team, and adults from the Memphis (Tennessee) area.  The bus was traveling from the Dallas area where the team had competed in a weekend championship game.
The bus was carrying a youth football team ages 8 to 10, that had played in championship game in Dallas during the weekend.

One child is dead and at least 40 other individuals, most of them children, are reported to be injured, as the result of a bus crash west of Benton early this morning, according to Arkansas State Police. The injured have been transported to area hospitals in Little Rock and Benton.
The crash was reported to Arkansas State Police about 2:40 AM and was located at the 111 mile marker along Interstate 30.
Troopers say a charter bus traveling from Texas to Memphis, Tennessee left the roadway and overturned. The bus driver is alive and is being questioned by state troopers.
The bus was carrying a youth football team that had played in championship game in Dallas during the weekend.