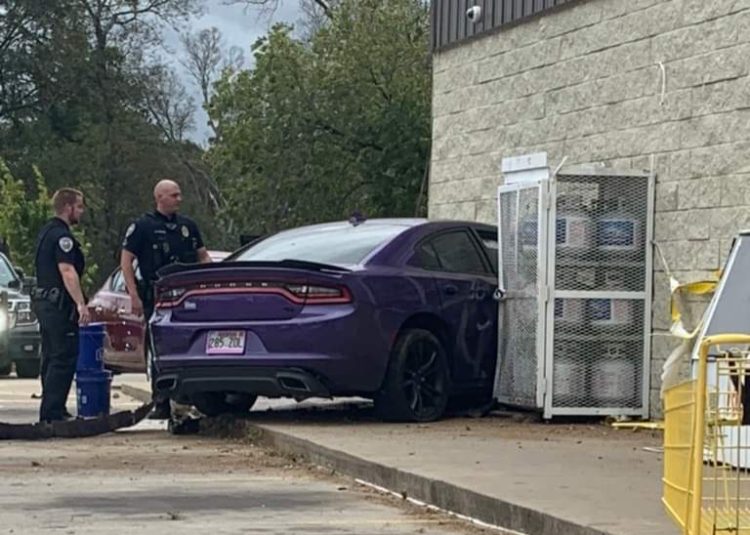 This photo submitted anonymously. More photos and video below.

The Bauxite Police Department confirms there was a high speed pursuit on Tuesday, October 25th, that began in Bauxite on Highway 183/Edison Avenue, and ended with a car crashing into the Dollar General store on East Street in Benton.

The following video contains dash cam footage of this incident from three police cars. The first one has no sound. 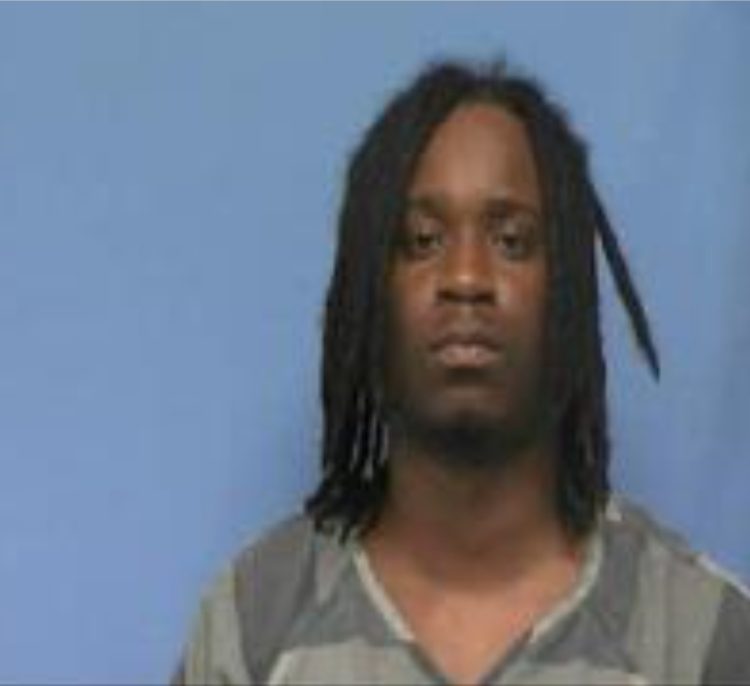 Officer Parsons stated that a purple Dodge Charger was riding the bumper of someone who called it in to law enforcement. As the driver, Anthony Toombs, age 23, of Little Rock, was being pursued, he fled in his car at a speed of up to 130 mph, according to a statement. 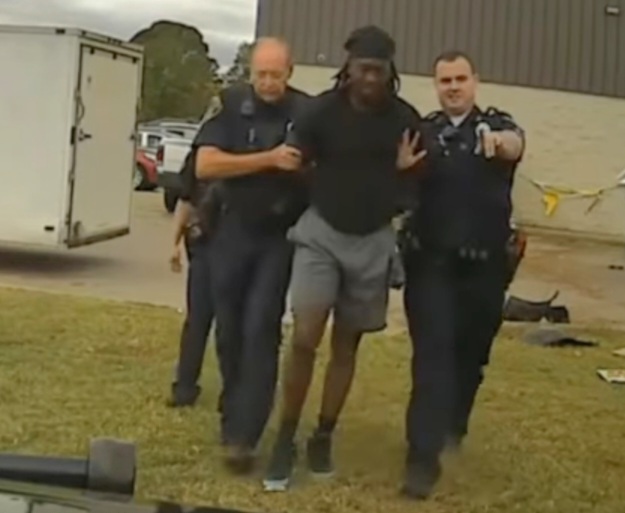 This photo is taken from the Police dash cam. More photos and video below.

The video shows several other cars pulling over to safety as the Charger whizzed by them, police following. The driver lost control and the car spun out, impeding both lanes of traffic as it approached the west end of Edison. 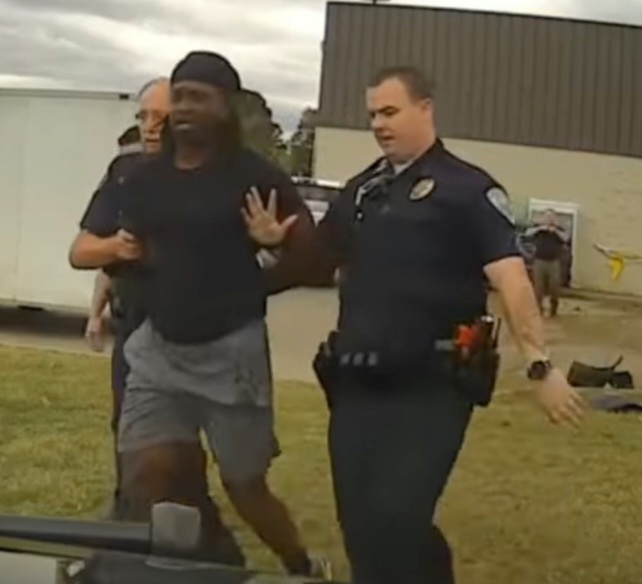 This photo is taken from the police dash cam.

The officer also said at one point, the driver threw a gun out of the car, and finally, reaching the end of Edison, he ramped over the curb and embankment then came across the parking lot, crashing into the front wall of the Dollar General store. 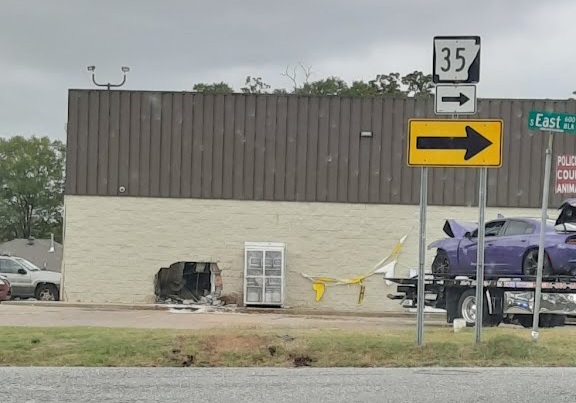 The car left a large hole in the wall on the other side of the wall, where there might usually be employees working. It appeared to have narrowly missed hitting the propane display, but may have scraped it as well.

Mr. Toombs was arrested and taken to the Saline County Jail. His bond was set at $75,000 and as of early Friday morning, Oct 28th, he is still being held.

He is being charged with the following:

See more photos and video below. 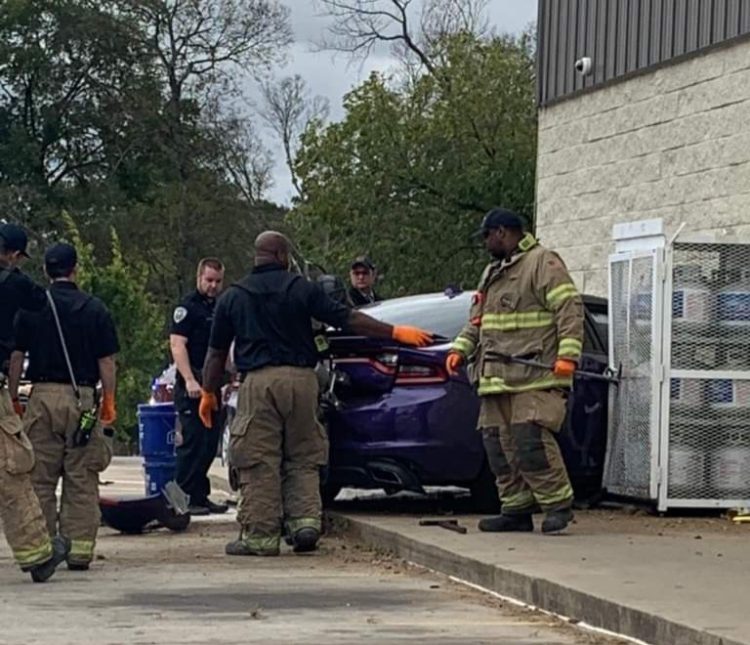 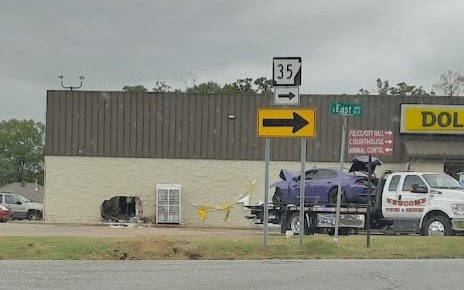 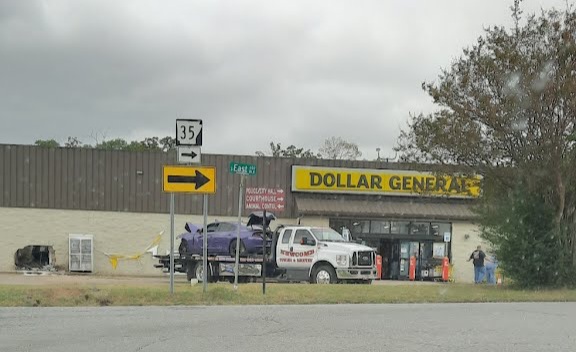