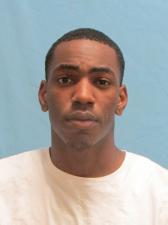 According to the Benton Police Department (BNPD), at approximately 3:09 a.m. Friday, July 7, 2017, officers responded to the area of Spring Creek Drive and Barberry Cove after residents reported suspicious activity to 911 dispatchers. Residents reported that at least two people dressed in dark clothing were looking into the windows of multiple vehicles.

Upon arrival, officers located two men in dark clothes walking in the area. After a foot pursuit, one suspect was taken into custody and the other suspect was not located. BNPD detectives responded to the scene and discovered Dalon Rodgers, age 20, of North Little Rock in the possession of stolen property. A stolen vehicle containing multiple stolen items was also recovered at the scene.

Due to the increase of breaking and entering reports in various neighborhoods, the Benton Police Department has implemented new patrolling tactics and techniques. The combined effort of residents immediately reporting suspicious activities and the execution of the new tactics resulted in an arrest Friday.

The investigation is ongoing. Additional charges and additional suspect arrests are expected.

The new patrolling techniques includes the use of new technology combined with multiple patrol tactics, as well as continued cooperation and support from citizens. We urge all citizens to always lock vehicle doors, as well as doors to all property, and to call 911 operators immediately upon noticing suspicious activity. Do not leave valuable items inside vehicles, including firearms, which could be stolen and used in other crimes.

This also serves as a warning to anyone coming into the city that the BNPD has officers dedicated to thwart these criminal activities and we will prosecute those suspects the fullest extent of the law.

Anyone with information about the suspects or information about the incident is encouraged to contact the Benton Police Department at 501-778-1171 or 501-315-TIPS.  Individuals also may send an anonymous crime tip about this incident to CRIMES (274637) with the keyword BNPD in the body of the text or go to www.crimereports.com to leave a tip.  A crime tip can also be submitted via the official Benton Police Department app found on iTunes and Google Play.