“Together, we can make District 81 the best place in Arkansas to call home.”

Small-business owner Walter Burgess announced today his candidacy for House District 81 in the Arkansas State House of Representatives, which includes portions of Saline County. Burgess is the Co-Owner and Vice President of Sales & Engineering at Power Technology, Inc. in Alexander. He is the current Vice-Chairman of the Bryant Planning Commission and has served on the commission for past seven years.

A long-time Republican and member of the National Rifle Association (NRA), Burgess is committed to protecting our shared values and the rights and freedoms we hold dear.

“Residents of District 81 have a choice when it comes to who represents them in the House of Representatives, and I can assure you that I will be the strong, conservative voice you need at the State Capitol,” said Burgess. “I am pro-life, a defender of the Second Amendment, and I will fight to lower taxes and create jobs. And as a small-business owner, I know the difficulties our local entrepreneurs face, which is why I will always support policies that help our small businesses. Together, we can make District 81 the best place in Arkansas to call home.”

Learn more about Walter Burgess and his campaign by visiting his Facebook page at www.facebook.com/BurgessForAR.

Walter Burgess, a Bryant resident and Central Arkansas native, is the Co-Owner and Vice President of Sales & Engineering at Power Technology, Inc. in Alexander. He is the current Vice-Chairman of the Bryant Planning Commission, a commission he’s served on for past seven years, and the Vice-Chairman of the Arkansas Science & Technology Board where he helped administer approximately $4.5 million annually to support entrepreneurs, small businesses growth and job creation.

Burgess is the former Chairman of the Arkansas STEM Coalition, a former board member of Little Rock’s Museum of Discovery and a current member of Accelerate Arkansas. He’s served on the Dean’s Advisory Boards at both the University of Central Arkansas’ College of Math & Science and the University of Arkansas at Little Rock (UALR) College of Science. He presently serves on the Industrial Engineering Advisory Board at UALR. At an industry level, Burgess serves on the Editorial Board of Advisors for two leading publications – Laser Focus World and Photonics Spectra magazine.

Walter is a past member of Arkansas Business Publishing Groups ’40 Under 40’ class. At Power Technology, he was part of a team that received the 2008 Arkansas Business of the Year Award as well as the 2010 Governor’s Award for Excellence in Global Trade and the President’s “E” Award for Exports. 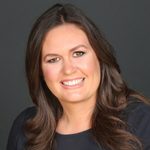