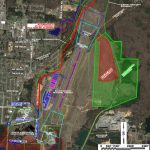 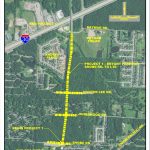 Mayor Allen Scott received official notification on Wednesday that the City of Bryant will be the recipient of a $1.5 million grant for use towards the Bryant Parkway Project that is currently underway.

In January of this year, Metroplan announced the availability of STP and HIP funds in 2020. The Bryant Planning Department quickly went to work, taking a resolution to the city council, allowing them to proceed with the grant application process.

“Access that Bryant Parkway will provide is critical to the growth of Bryant,” stated Truett Smith, Bryant Planning and Community Development Director. “The funds from this grant will ensure that this project continues moving forward on its current schedule. The completion of the parkway will render improved public safety access, provide support with traffic control, and have an overall positive impact in regards to economic development on our community.”

According to Ted Turner, the City Engineer, the project is at a 60% design stage and the city is presently in conversations with the FAA for acquiring property around the Saline County Airport.

“Once we receive formal approval of this route, we anticipate a 90% design completed around mid-summer, Taylor stated. “If all goes as currently expected, we could see construction bidding beginning as soon as the end of summer. With a 24-month construction timeline expected, that would place possible completion in the summer of 2022.”

According to Mayor Allen Scott, the city also received an additional $195,000 for this project. That money is earmarked for the Parkway’s multi-use trail that will pass through Alcoa Park.

“I appreciate both Truett Smith and Colton Leonard in our Planning Department for working expediently to complete these applications, which will have a tremendous effect on the overall project completion,” stated Scott.