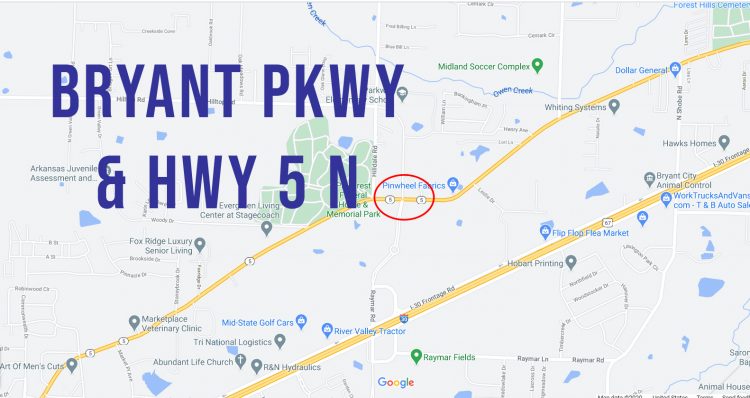 The City of Bryant issued a statement on Tuesday regarding safety issues at the intersection of Bryant Parkway and Arkansas State Highway 5 North. The following is that statement in full from Bryant Mayor Allen Scott:

Last week, after being contacted by several residents regarding the ongoing safety concerns at the intersection of Highway 5 and Bryant Parkway, the Bryant City Council called a special meeting to receive an update from our engineering department about this project. Several residents in attendance heard this information. Still, I thought this would be a good time to share what we discussed last night and ensure that everyone is aware of the work and discussion that has been conducted into moving some type of intersection improvement/safety plan forward for this intersection.

Following that, I mailed a letter to ARDOT stating the requirements they have for this intersection, including that the cost of the project placed a hardship on the City. I asked that they would either reconsider the timeline of their project or the decision to allow us to add temporary signalization to the intersection. Director Bennett responded that they would review the project again and get back with us. We were hopeful that information shared earlier this year, that this project was being moved forward with a possible timeline of 2022-2023 completion date would hold.

Over the course of the past few months, survey work has started in the area, showing that this project is moving forward. However, the timeline is now further out with the completion of improvements in this area to be more along the lines of 2024. This timeline is based on the assumption that current funding will remain as it is. If that changes after the election, this may be adjusted altogether.

After following up again with ARDOT, we also discovered that the (2nd) design we created based on Highway 5 traffic count is not a complete design. Because this state highway is the relief road for I-30 (so if the interstate is backed up, this is the road that traffic is diverted to), the improvements would need to be built to that traffic count. There would also need to be longer turning lanes and additional utility work.

This new information now places that project at $3.2 million for the City to take on.

The ARDOT design for the area is also incomplete. This means we would still need to wait on that to be completed on ARDOT’s timeline, or risk spending $3.2 million and have the work we fund be torn up later because it did not line up correctly with the road improvement designs.

So what do we do?

The City of Bryant considers the Arkansas Department of Transportation a great partner in our community. While this information and timeline are not what we want to hear, we understand they have protocol and funding timelines that must remain consistent throughout the state for what they do to be effective and fair.

I am sending a letter today, asking for ARDOT to review the latest traffic accident counts at this intersection and determine what intermediate accident mitigation measures that can be implemented until the final widened design is complete. We are requesting some type of high-visibility caution approach and a possible speed reduction to be considered in this area. Once they have reviewed the accident data, we hope that some kind of solution can be implemented to fit within their requirements and the city’s need for intervention in this area.

We will also be placing some additional cautionary signs along Bryant Parkway regarding the intersection, to match the measures ARDOT chooses to implement.

I would like to thank Senator Boozman, State Senator Hammer, and the Bryant City Council for their diligence and assistance in keeping this project a priority for our community. We will continue to update our residents as much as possible on any information regarding this and other projects throughout the city. 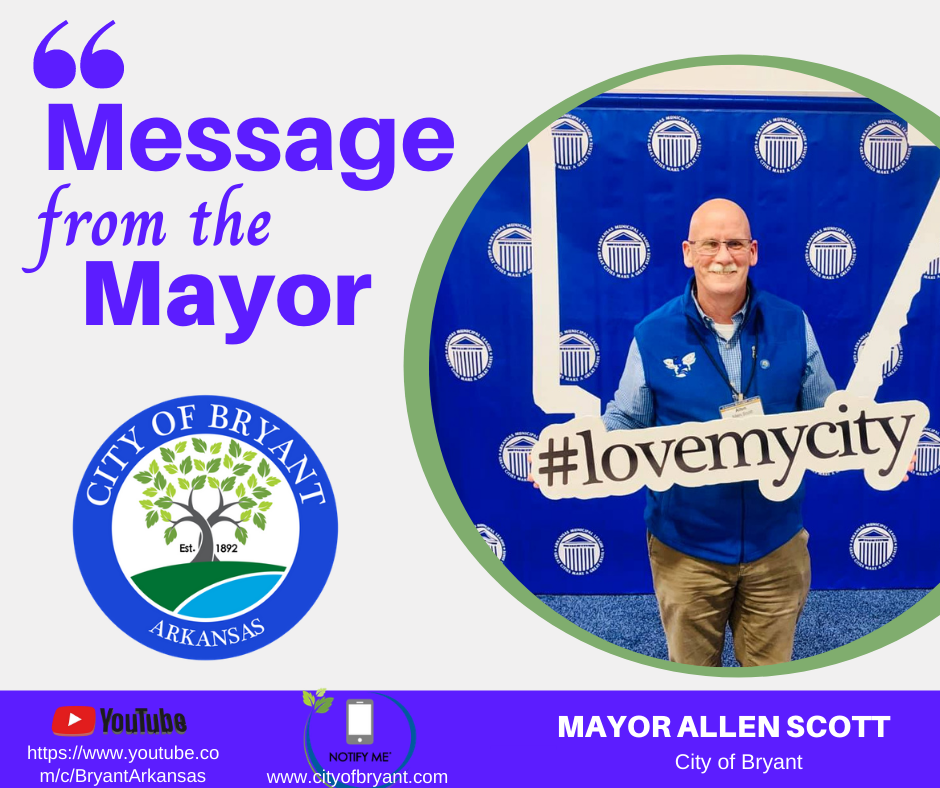