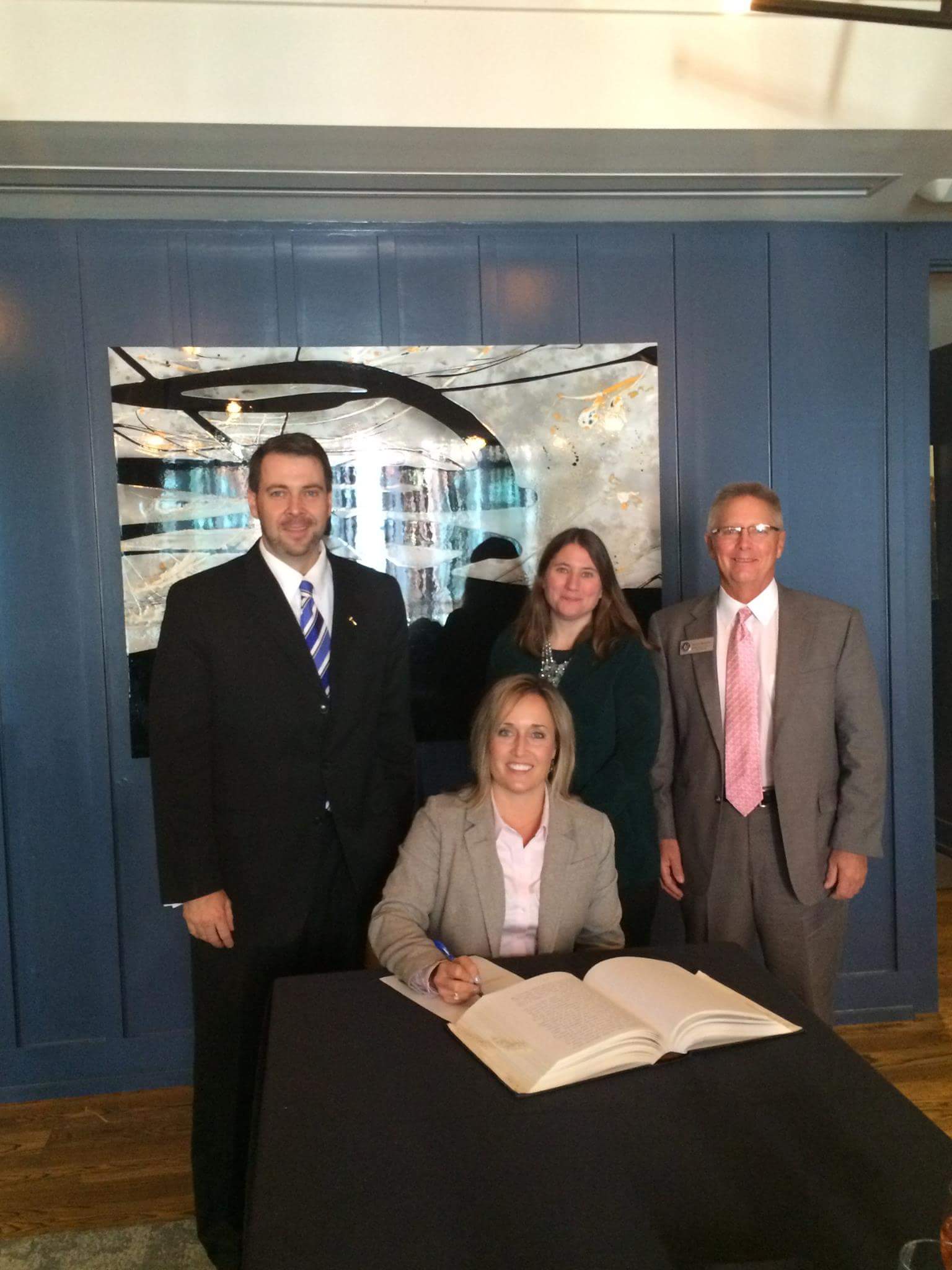 She was accompanied by City of Bryant Staff Attorney Chris Madison, City Finance Director Joy Black and Alderman Jerry Henson, representing the Bryant City Council. This signing signals the official moving forward of many planned projects for the city.

In August of 2016, Bryant residents approved the refinancing of these bonds to be re-invested back into the city. These funds will be used for much needed improvements to parks, replacement of two fire stations as well as the creation of Bryant Parkway South which will connect Interstate 30 with south Reynolds Road.

To view the ordinance approving the refunding of bonds, as well as project lists you can go to http://cityofbryant.com/AgendaCenter/ViewFile/Item/1535?fileID=2607