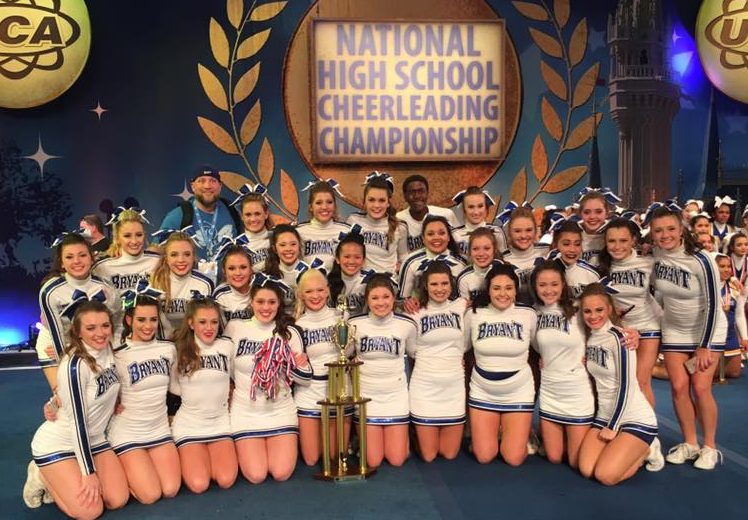 …And we learned Monday morning that everyone is invited to a big celebration for the team at 7:15 a.m. Tuesday, February 14 at Chick-Fil-a in Bryant! Come early to see the team in their coveted white satin jackets, and “cheer” these ladies and their coaches that have worked so hard to bring back this honor to our home town!

This competition, hailed as the most prestigious cheerleading championship in the country, is held at the Walt Disney World® Resort in Orlando, Florida, and nationally televised on ESPN and ESPN2 to over 100 million homes and 32 countries nationwide each year. This year’s contest was held on February 11th and 12th, 2017.

This national competition is organized by Universal Cheerleaders Association (UCA). You can click here to pay to see the official video of the performance: http://tv.varsity.com/video/1106342-bryant-high-school-super-varsity-non-tumbling-finals-2017-uca-national-high-school-cheerleading-championship#.WKH3czsrJPY