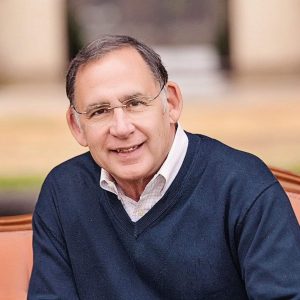 US Senator John Boozman announce his campaign to run for re-election, saying “Arkansas needs strong, conservative leadership in Washington; I am proud to be that leader.” His full announcement follows.

Fifth-generation Arkansan and former Arkansas Razorback John Boozman announced Saturday that he will run for re-election to the United States Senate.

“Now more than ever Arkansas needs strong, conservative leadership in Washington. I am proud to be that leader,” Boozman said.

“From growing up in a military family and raising three beautiful daughters with my wife Cathy, to creating and running a successful family eye clinic with my brother and serving my community on the Rogers School Board and in Congress –– faith, family, and service have defined my life,” the Rogers Republican continued.

“As your senator, I will remain a tireless champion for Arkansas, our values and our freedoms. As the son of an Air Force Master Sergeant, I will always have the backs of our veterans and service members. I proudly stand with our law enforcement, defend our Second Amendment rights, and oppose the Left’s radical agenda seeking to silence our voices and fundamentally change our way of life. I will continue fighting for Arkansas’s working families and small businesses; and my efforts to support our farmers, ranchers and rural communities will take a backseat to no one,” the Republican leader pledged.

“I’m proud to be an Arkansan, and I’m extremely honored to represent the people of the Natural State –– always seeking to use the power of elected office for good. My focus has been and always will be on putting the people of Arkansas first, and as your United States Senator I will continue fighting and delivering for you,” Boozman said.