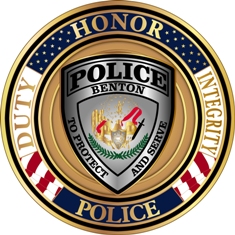 A homicide suspect wanted in Stuttgart is in police custody after local police found him in Benton.

Benton Police Department officers were advised by Stuttgart Police Department detectives Monday morning that a suspect with an active warrant for homicide, Earthly Cletus Coleman, age 51 of Stuttgart, was known to be hiding in Benton.

BNPD Special Investigations Division detectives established surveillance at a local residence and positively identified Coleman, but he left the residence before contact could be made. Detectives coordinated with patrol officers to stop the vehicle, and Coleman was taken into custody without incident. He was transported to the Saline County Jail to await extradition to Stuttgart.

Multiple other agencies assisted in the investigation of Coleman. According to Stuttgart PD social media, Arkansas County Sheriff’s Office, Arkansas State Police, DeWitt PD, Parole and Probation Fugitive Recovery, and the U.S. Marshals were involved, among others.

According to KATV News, the homicide victim is Charles Phillips, and the incident occurred on Thursday, July 15, 2021.